Bhopal Gas Tragedy and its aftermath:

Has India learned any lessons in 30 years?

30 years have passed since the Bhopal Gas tragedy, the world’s worst industrial disaster occurred, which has claimed 25,000 lives and left more than 150,000 with serious lifetime injuries. Decades later, toxins in drinking water continues to adversely affect communities and a second generation of victims are created as children with deformities and chronic illnesses are routinely born in Bhopal.  Yet no justice seems to greet the victims as the legal system fails to respond to their needs and demands.  Corporations and regulatory agencies guilty of the crime remain unpunished and the Government’s silence on the issue has all the trappings of having colluded with the corporate sector.

Since the disaster there have been nine Prime Ministers. While ‘ache din’ is promised for all by Mr. Narendra Modi, for the Bhopal disaster victims ‘bhure din’ continue.  One would hope that the world’s worst industrial disaster couple by the unjust manner in which the victims have been treated would awaken this country to reform its environmental and health regulations to ensure there is no more Bhopal. But with the mantra of “economic growth” being relentlessly chanted as the idiom of governance for the past decade and more, wealth created from industrialisation and infrastructure development is enjoyed by a few, while thousands and thousands of communities suffer adverse impacts.  While Vapi in Gujarat is amongst the most polluted places in the world, Vishakapatnam, Mangalore, Ankaleshwar, Cuddalore, Varanasi, Howrah, Dhanbad, etc. are amongst 43 critically polluted places in India according to Central Pollution Control Board. 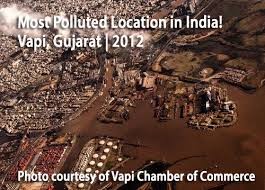 Despite stronger environmental laws, regulations and jurisprudence,  especially due to judicial activism by the Supreme Court, since the Bhopal Gas Disaster, tens of mini-Bhopals have been created country-wide.  And now these very laws are being whittled down and diluted by the Prime Minister Narendra Modi led administration.

The question looming large is what, as citizens, must be our role in ensuring we do learn from the suffering of the Bhopalis and build a country that is not only economically secure, but achieves such security for all.  Most importantly, to build a country where health and ecological security for all is not merely a slogan, but a lived reality of present and future generations.

On the 30th anniversary of the Bhopal Gas Tragedy, we invite you to reflect on such critical concerns with  Satinath Sarangi of Bhopal Group for Information and Action and Sambhavna Trust, Bhopal, that has been relentlessly working since 1984 with the communities impacted by the disaster.

In 1984, Satinath Sarangi (Sathyu) was a doctoral student of in Varanasi who heard about the gas leak in Bhopal and came to volunteer for a few days. He reached Bhopal, the day after the horrific night and has never returned since. He is a prominent activist and leader of the campaign for justice and has been engaged with the health care of the gas and water affected survivors of Bhopal through Sambhavna Clinic, a set up established in the wake of the failed attempt by the Govt. to provide adequate care. With intensive involvement, research and action on the health, environmental am legal aspects of the Bhopal as well as academic publications around the world, Sathyu carries a unique insight and experience of how corporate, legal and political India treats the victims of a deadly disaster.

Please spread the word around. We welcome you and your friends to the event and any contributions you may want to make to commemorate the 30th anniversary meaningfully.

How To Get Ward Committees To Work For The City

The Future Of Tree Protection In Karnataka

“Hungry Capital: The Financialisation Of Food”: Talk By Luigi Russi