It is over two months since Hon’ble Justice Shri. M. Chockalingam (Judicial Member) and Hon’ble Prof. Dr. R. Nagendran (Expert Member) constituting the National Green Tribunal (Southern Zone, Chennai) delivered their final Order/Judgment in response to Public Interest Petitions filed by Leo F. Saldanha and Environment Support Group challenging the illegal diversion of about 10,000 acres of ecologically sensitive Amrit Mahal Kavals (grassland ecosystems) in Challakere Taluk, Chitradurga District to a variety of defence, nuclear, technology, solar, housing, industrial and infrastructure projects. The Tribunal’s order included a wide range of specific directions to regulatory authorities and project proponents to conform with environmental regulations and human rights standards. The Hon’ble Tribunal also ensured that stay on excavation, construction and operation of projects would continue till such time appropriate environmental and other clearances were secured as per law. However, in blatant disregard of the Tribunal’s directions and the law, project proponents have continued with construction activities, without securing necessary approvals. 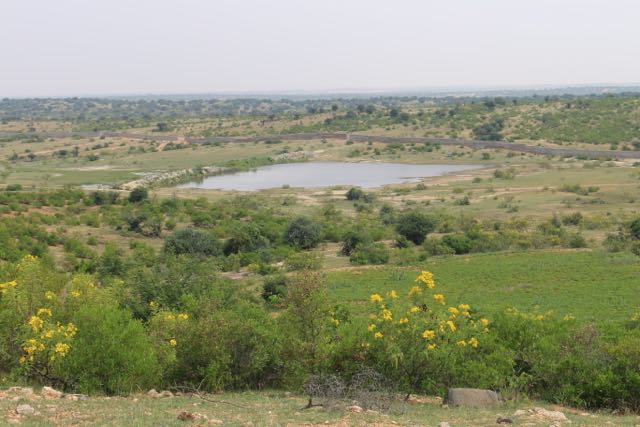 It may be recalled that the Petitioners raised a variety of grounds highlighting how project proponents had commenced work in total disregard of applicable laws, norms and clearance procedures. In particular it was highlighted that fundamental provisions of the Environment Protection Act, 1986 (and Rules), Environment Impact Assessment Notification, 2006, Water (Prevention and Control of Pollution) Act, 1974, Air (Prevention and Control of Pollution) Act, 1981, Forest Conservation Act, 1980, etc. had been flouted by the proponents, who started ground work without any clearances whatsoever. The Petitioners also demonstrated that none of the projects had been grouped together flouting risk assessment norms (for instance an uranium enrichment plant is proposed next to a weaponised drone testing facility) and without addressing basic land use planning, industrial and hazardous facilities siting norms. In addition, the siting of the projects were in violation of provisions of the Factories Act, 1948, Karnataka Town and Country Planning Act, 1961, Aircraft Act, 1934 and the Constitutional 74th Amendment (Nagarpalika) Act, 1992. Yet, in blatant disregard of environmental and forests clearance procedures and planning norms, project proponents had illegally commenced work soon after the Amrit Mahal Kaval grasslands were controversially allotted to them by the Karnataka Government during 2008-13. The Petitioners had also highlighted that when such atrocious violations by premier scientific, educational and planning institutions were brought to the attention of regulatory authorities, no corrective action followed.

Campaign to reclaim Amrit Mahal Kavals and other commons launched:

Several efforts have been made to draw the attention of the authorities to ongoing violations of the  Hon’ble Tribunal’s orders and the law, but no corrective action has followed. Disturbed by this lack of administrative and regulatory intent in enforcing environmental laws, regulations and human rights standards, local Gram Sabhas and Panchayats have now begun efforts to secure their Fundamental Rights of Access to the Kavals, as affirmed by the Hon’ble Tribunal. As a part of this effort, the Amrit Mahal Kaval Horata Samithi of Challakere Taluk has decided to launch a campaign to reclaim access to the Kavals on the occasion of the Gowrammana Jathre, an annual festival of the local deity Gowramma, whose worship is intricately linked to the Kavals. The Jathre will be held at Dodda Ullarthi village in Challakere overnight of Saturday, 8th/9th November 2014.

A brief of the 27th August 2014 order of the Hon’ble National Green Tribunal, Southern Zone, Chennai in the Challakere Amrit Mahal Kaval case

The Hon’ble National Green Tribunal issued its 253 pages final order in response to the Petitions filed by Leo F. Saldanha and Environment Support Group on 27th August 2014 after hearing all parties over several days and weeks. Detailed submissions were made by the Respondent agencies justifying their actions. Yet, the Tribunal found it necessary to specifically direct project proponents not to continue with any excavation or construction activity, and proceed only if they secured necessary clearance per environmental laws and standards. The Tribunal (at para 214) held that “MoEF and KSPCB are directed to strictly comply with the observations and also the directions given to them at the time of grant of Environmental Clearance and or Consent for Establishment as the case may be”, while giving the liberty to the Petitioners to “raise contentions both legal and factual at necessary stage at appropriate forum and when warranted”.

Although the Hon’ble Tribunal held that Amrit Mahal Kavals are not forests, in response to arguments advanced by the Petitioners that they are to be protected as forests as per the Karnataka Forest Act, 1963 and various Notifications issued by the Mysore Government during British rule, the Tribunal did state that the Kavals are ecologically critical and biodiversity rich ecosystems that ought to be protected. In fact the Tribunal held (at para 202) that “(t)here is no controversy with regard to the fact that the Amrit Mahal Kaval lands in question are a part of fragile and eco-sensitive grassland ecosystems facing both ecological and anthropogenic pressures…. Amrit Mahal Kaval lands are no exception to this for more reasons than one. Apart from being representative of fast vanishing terrestrial ecosystems, the Kavals are also known to be the abode of endangered fauna including Black Buck (Antelope cervicapra), Great Indian Bustard (Ardeotis nigirceps) and Lesser Florican (Sypheotides indicus).”

Worried about the weak attention paid to the protection and conservation of Amrit Mahal Kavals by the Government, the Tribunal further noted with concern that “…the attempts and initiatives have been sketchy and patchy” and held that “(i)n view of the fact that these Kaval lands are shrinking and only a small extent remains as Amrit Mahal Kaval after the allotment to the respondent/allottee Project proponent at this point in time, the Government of Karnataka is directed to firm up and finalize the action plan for the protection and conservation of the said endangered species and initiate time bound execution of the plan forthwith.” In fact, the Tribunal also held (at para 199) that “it becomes necessary to issue directions to the Government of Karnataka to preserve and maintain the remaining area of Amrit Mahal Kaval lands in Chitradurga district without any diversion, thereby enabling the villagers around the Kaval lands to use the same as they have been used by them in the past.” 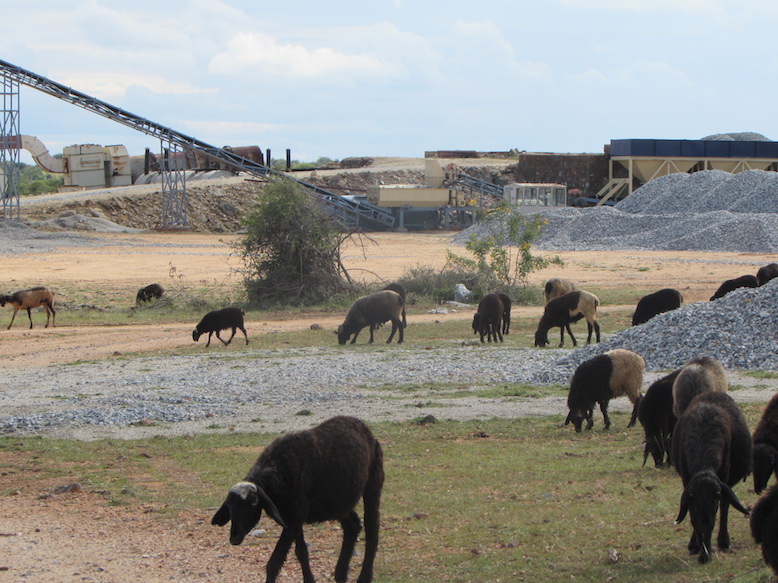 Two months after the judgement has been pronounced, project proponents have continued with a variety of construction and building activities, without in any manner securing the requisite environmental clearances as ordered by the Tribunal. Yet, Karnataka State Pollution Control Board and the Union Ministry of Environment and Forests, two critical regulatory agencies who are also key respondents to the Petition and bound by the Tribunal’s orders, and the district and state administration have turned a Nelson’s Eye to these massive violations of the Tribunal’s directions and the law.

The following specific directions of the Tribunal have been violated: