As the world has become predominantly urban, with the impact of climate change being experienced worldwide, protecting forests everywhere, particularly close to urban areas, is critical.

Forests, especially those near cities, serve in regulating local temperatures, cycling water and nutrients, as repositories of biodiversity, and as a critical resource for the sustenance of rural, pastoral and forest dependent communities. Forests are also sacred spaces for communities that continue to revere shrines inside such spaces.

Understanding the nature and composition of the forests, the community dependencies on them and the legal provisions that protect them is central to protect such forests for posterity.

In the age of urbanisation, protecting forests (now called urban forests as their surrounding rural landscapes have been urbanised) must be at the core of long term strategic plans of cities. That is, if protecting biodiversity and keeping the city and national commitments to the Paris Climate Agreement have to make real sense.

Forests have been around. It is cities that are encroaching into such critical natural spaces.  Precolonial history reveals India’s forest cover was extensive and human settlements were interspersed across forested areas.

Through the colonial times however, laws that territorialised forests evolved, pushing out forest dependent communities, even criminalising them.  The same set of laws continued in the post-independent period, barring rare exceptions, such as through the Forest Rights Act 2006. This law rightly places forest protection as part of a community enterprise. In Independent India, the Forest Department, an institution steeped in colonial forest laws, controls forests as though it is its territory.

Even so, within the existing laws there are rules and regulations that can be adapted by urban communities to protect and wisely use forests in urban areas.  While there is a need to create more lung spaces for ever expanding cities, it is critical to appreciate that the ecological services that forests and other such natural resources provide must not be substantially altered.  For, the consequences will be devastating and cities will die.

It is extremely important that forests that survive in urbanised settings are protected, as they exhibit distinctive features suitable to the local geography and serve as local climate regulator, act as a sponge in absorbing rainwater and as habitats to a range of flora and fauna endemic to the region.

What urban residents rarely acknowledge is that such forested spaces provide roosting and feeding zones for a variety of migratory birds that make long journeys north and south of the equator.

Urban forests are a living biology lab, a natural history library, a space for experiential learning, a place for finding calm, all of which are critical for present generations to appreciate so the next generation can benefit from their stewardship.

In this context, the proposal of a tree park at Turahalli Minor Forest, to the south of Bengaluru, resulted in heated discussions and debates.  The idea is to invest in strengthening of walking paths inside the forest, whilst also providing a variety of recreational facilities – such as a gym, a yoga centre, children’s play areas, etc.

The Karnataka Forest Department claims with particular pride that it has created 132 such tree parks across the State, and more are in demand from various MLAs.

he Indian Ministry of Environment, Forests and Climate Change has backed such tree parks as part of urban forestry, first in 2015, and then again in 2020 as “Nagar Van Scheme“.  Indian Environment Minister Prakash Javadekar has also encouraged the utilisation of CAMPA funds for such projects. Besides, there has been the aggressive promotion of corporate engagement in such projects through CSR.

It makes perfect sense to create tree parks as ecological restoration projects from mines, land-fills and abandoned industrial sites after decontamination. But to create a tree park in a natural forest, such as Turahalli, belies logic and is also against the laws of the country.

It must be appreciated that once a natural forest is turned into a ‘tree park’ and activities focused on providing recreational spaces are promoted, it will bring in investments that will pour cement, steel, glass, granite, tiles and more into such verdant and wild spaces.

Contrast this with the possibility of bringing urbanised communities, distanced as they are over decades, even generations, from the wild, with unnecessary mortal fears of everything wild, and then bringing them to be comfortable with such wild spaces.

Would we rather have a ‘green space’ that is manicured with exotic plants that guzzle water and pesticides, and paved pathways with no scope for even ants and insects to live!

It’s the imagination that needs to change so that the original forest ecosystem finds a place in our urbanised living. Then, at both the local level and higher echelons of power, the capacity of forests as a salve to our stressful lives, while also serving as pollution sinks and water recharge zones, and as hubs of biodiversity will begin to flower.

Bengaluru has numerous research institutions and environmental organisations which are willing to collate such imaginaries and help conserve Turahalli and such other wild spaces for the benefit of present and future generations.

The city’s positive scientific temperament has nurtured hundreds of ornithologists, botanists, butterfly experts, naturalists, ant experts and more. Besides, in spaces like Turahalli, the natural instinct of humans to climb rocks has been nurtured, with hundreds who practised here scaling impossible peaks across the Himalayas.

It is in these forest patches that an adventurous zeal and natural curiosity of so many ‘experts’ of today has been nurtured. A variety of studies are a testament to this human endeavour.

Protecting urban forest patches requires careful analysis of the situation. We ought to ensure that local ecology is protected and maintained with minimal alterations. And that has to be based on the active involvement of local communities, naturalists, arborists, ornithologists, insect experts, herpetologists and a range of others.

Besides, Turahalli offers an excellent opportunity to engage Area Sabhas, Ward Committees, Metropolitan Planning Committees, Bruhat Bengaluru Mahanagara Palike, the Forest Department, State Finance Commission and various agencies of the State Government. They can come together to conceptualise a ‘wise use’ plan that allows for all the uses particular to the forest, as necessitated by the Public Trust Doctrine. This doctrine has been repeatedly upheld by the Supreme Court and Karnataka High Court.

To turn a forest into a tree park would mean that the forest department operates as a municipality whose role is to make parks. Also, it will be advancing a non-forest activity in a forest area.

The prevailing contestations over Turahalli and such forest patches is an incredible opportunity to set right the governance of such spaces so that such green havens continue to survive despite concretised and noisy cities.

It would be a beautiful gift to ourselves and to the future that we can occasionally traverse through a wild space, wonder at birds we chance upon, catch a breath of fresh air, sit quietly on a rock to reflect in the serenity of the forest to find the calm within, or also just learn to boulder up a rock and discover the confidence and self-esteem that is so essential in our stress filled lives.

Turahalli is one such amazing landscape that provides all of these possibilities, and right in the backyard of south Bengaluru. 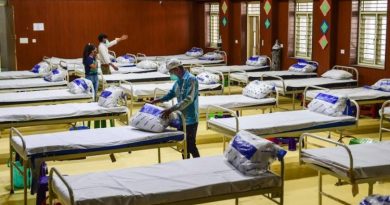 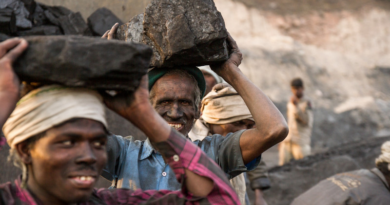 Salaam To Coal Miners Of The Country