India’s IT hub today is largely a picture of the poor imagination of local politicians, bureaucrats, real estate tycoons and foreign consultants.

Bengaluru: How did the city manage such flooding, being the epicenter of India’s science & technology prowess? Were the software giants located along the city’s Outer Ring Road aware of the risks?  Could they have worked on mitigating and managing it better?

The unprecedented growth of this metropolis over the past two-three decades has seen a remarkable lack of sincerity and humility in the planning of the city.

Bengaluru expanded from being a rather humble Fort Town trading cotton, textiles, grains, artisanal products, oils, etc., and each Pete (town) was aptly named after the products traded. The metropolis is now known for its information technology (IT) services and is thus the ‘IT Capital’ of India.  But this transformation has come with scant regard for local geographies, environmental limits, local ecosystems, and diversities of cultures and communities.

The city has also evolved without care for research-based inputs and has largely expanded responding to the whims ad fancies of those with capital to shape the outcome and those with political power to accommodate such outcomes. While a host of laws, rules and guidelines exist on paper, Bengaluru of today is largely a sequel of the poor imagination of local politicians, bureaucrats, real estate tycoons and the consultants they have hired.

Compare the Bengaluru of today with neighborhoods, such as Basavanagudi or Malleshwaram, or even a Jayanagar, that were carved in response to public health needs triggered by the plague. The imaginations of those times did result in a functional city, although there were caste, class and religion-based demarcations. Yet, since the 1990s, with all access to information, state-of-the-art technology, platforms to collaborate, spaces to engage & potential to co-create, this city has fared poorly in planning. And this is especially true of the east and southeastern regions — the hub of IT activities.

Google Earth images help us appreciate how extensively this sort of growth has gobbled up pretty and functional villages that thrived for centuries around beautiful lakes and canals they built and maintained. Villages that produced vegetables, fruits and flowers with water harvested in these lakes, and which were supplied to the city, have disappeared along with their fertile fields.

The city has journeyed from being a major trader of cotton and textiles to a hub for public sector production units that manufactured planes, trains, satellites, and telephones and more, into one that is writing the code to help this complex globalized world to function.

Bengaluru has grown and found its space on the global map for several right reasons. But now it finds itself in the attention of the world for simply not knowing how to take care of the fundamentals of urban form, structures and operations.

IT- BT-based industries have been a strong favorite. They have got tax breaks, land for development, electricity, water, and transport services.  IT employees are paid high salaries, get food coupons, capacities to buy into the massive real estate inventories, and easy finance to buy private vehicles.  No other industrial sector has got such government support.

The garments sector workers, who outnumber those employed in the IT sector, and supply clothes across the world to global majors, have not only not received such support, but in fact, have been thrashed when they have demanded minimum respect and wages.

The pourakarmikas who keep the city clean struggle every day in work conditions that are far from the norm but their cries mostly go unheard. Taxi drivers, autorickshaw drivers, food delivery workers, domestic helps, security guards and others who keep the city functioning are always left negotiating and navigating inhumane work conditions with little help from the local government.

The hype of the IT sector to revolutionize everyone’s lives was such, that in the 1990s, fancy pitches such as  ‘live-work-play-strike deals’ struck out as the snazzy blurbs by which workspaces were created just about everywhere, pouring concrete into farmlands, orchards and wetlands, where glass, aluminium and granite got assembled in all sorts of built structures to create gated conclaves.  Multiple bubbles emerged, and these bubbles merged…….

Quite in contrast to the public sector era where everyone from the factory floor worker to the senior manager travelled together early morning to the factory in factory-owned buses, without as much disturbing the bustling city, the IT sector has poached public buses to ferry workers, and then dug into public resources to make roads and flyovers, even a special metro line, and one that connects this corridor to the faraway airport.

This was when the workforce was encouraged to fundamentally be car-based, to accommodate which tolled expressways led into easy driveways and spacious parking spaces at work, and then back into gated neighborhoods that simply didn’t want anything to do with villages they had encroached.

It was a ‘rush, rush, rush’ to provide what was asked, what was demanded, to ensure no major corporation would walk out and find a better place in Hyderabad or Chennai or Gurugram or Mumbai. Hence, apartments sprung up to catch up with astronomical job growth tearing apart local village structures and their ecological realms. What emerged instead were cluttered neighborhoods that lack a rational network of roads that are interconnected and are pedestrian and cyclist-friendly – imperative for safe travel, work and residence.

In aid of this sort of ‘development’, in a really short period, land use norms were relaxed, land supply laws liberalized and environmental regulations weakened mindlessly.  For instance, apartments and commercial complexes which were required to assess their social and environmental impacts and then secure building permits, based on mandatory public hearings, were exempted from all that.

The flooding that the city suffers now is the cumulative impact of these projects that were recklessly developed and their absolute exemption from environmental review.

Even basic building bye-laws have not been adhered to. In the process, the horrific lessons of the Carlton Tower fire were quickly abandoned, even as there is widespread disregard for court directives and recommendations from court-appointed committees to ensure sensible and rational growth persists.  The IT region is considered a temple of India’s progress and the IT czars no less than gods. Can any rule of law govern temples and gods?

As these neighborhoods got filled in, and their utter lack of planning became evident, the assertion of a better quality of life was natural.  But here too there was no channel for expressing one’s frustrations and engaging in processes that could build better and inter-dependent and well-integrated neighborhoods as the guarantees of public participation that came with the 1992 Panchayat Raj and Nagarpalika Acts were simply denied to the public.

In the case of farming communities who lost out, and the urban poor who battled every day to hold on to the space to install a shack they could call home, when bulldozers came to erase their existence, there simply was no rule of law to protect their rights to housing and livelihoods. Along with this was the utter lack of concern for the loss of ecology, and the adverse environmental and public health implications.

The parastatal model of planning, building and operating cities complicated matters further. A cursory look at the prevailing crisis, especially in those parts that suffered flooding, reveals it could only be possible due to the nexus between builders, bureaucracy and politicians, who along with massive financial investments over the years, have hoodwinked people who bought into the properties they created – the middle, upper middle and the super-rich – and who were led to imagine that they would live in homes that overlooked lakes and forests, into which they could glide in super snazzy cars. The Bengaluru airport, and just about every major real estate advertisement, is flooded with such imagery.

These floods are the worst. Lesser disasters have stricken the city before. This now needs to be seen as an opportunity to be grabbed to ensure inclusive and sensible planning, and the address of risks will result. But with public involvement in decision-making actively blocked in blatant violation of planning and municipal laws, which mandate this at multiple stages, and also the active disregard for well-informed views of civil society and academia, a penchant to rush to foreign consultants, who sitting thousands of miles away, design senseless master plans for this metropolis, the challenge is complex.

But a clear decision must be made by the affected public in particular and the general public that such ways must be junked right away. What is needed now is ground-up planning based on awareness of local geographies, local ecologies, local histories and an acute understanding of local landscapes.

As parts of the city crawl back to life, the rich will get by living in hotels, claim their insurance to get back into comfort zones, and perhaps slip back to raising noise about their lost comforts and well-being. It is the poor who have always been left out, and are worse off when such disaster strikes. They are left to fend for themselves, in whatever manner they can manage, scavenging what little is left of their homes. They have no insurance, get little support from local and state governments, and rebuilding lives leaves them in debt and despair. The renewal required now must particularly look at their needs and ensure they are quickly rehabilitated.

This is also an opportunity to ensure urban governance is based on disaster risk assessment and management, and that there are disaster risk maps and locally accessible guidance protocols to deal with such events. In a GDP-driven world, it is important to compute the loss of GDP due to such events and, more importantly, to assess the loss of assets, increase in poverty and its implications on poor urban households.

With an increase in extreme weather events, such annual impacts may snowball in the future. At present, there is zero effort to identify vulnerable neighborhoods or communities, and no attention is at all being paid to instituting early warning systems to help mitigate damage. As always, philanthropic and civil society support steps first to ensure there is food, drinking water, sanitation, clothing, beds, and more, to lift the spirits of those worst affected. But local and state government efforts lag.

Nature has a way of warning, teaching and punishing when we do not respect her ways. The pandemic has been a huge warning of risking growth by ignoring nature’s limits. This flood is yet another reminder of the critical need to rethink and reimagine our cities, to make them functional for us to work, live and enjoy our lives, and yet ensure it does not hurt nature’s ways.

An immediate step forward should be to organize ward-level assessments of vulnerability through highly participative processes. Hearing people’s concerns in every street through meaningfully and respectfully organized forums is crucial. This should then lead to constructing clear strategies for transformation, identifying budgetary allocations in every ward transparently to fix gaps and focusing on a work plan that is achievable and delivered immediately to relieve the stress large populations have suffered.

This is the time to come out, reach out, think and work collectively to reclaim our cities and ensure they are functional in ways that respect local ecology, geographies, traditional knowledge and wisdom and are supportive of varieties of livelihoods– not only of those who work in IT/BT sectors.

The writer is a Trustee & Senior Fellow at Environment Support Group. Views are personal. 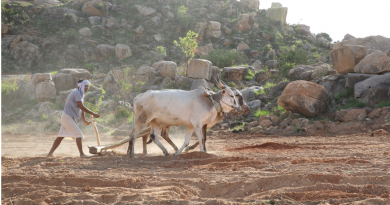 Debate Series | Why ZBNF Is Not Good For India 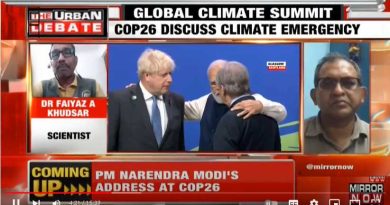