All Saints Church is a living religious and cultural heritage of Bengaluru and has been designated for statutory protection in the metropolis’ draft master plan.  This November the All Saints Church congregation is preparing to celebrate the church’s 150th anniversary.  (See its history: https://www.allsaintscsi.org/history)

When the entire city has got smitten by the craze of ‘developing’ any open space left, All Saints Church congregation has compassionately tended to over 100 trees which form the church’s sacred grove.

Generations have worked to create an amazing place for solitude and solace, all in the midst of the chaos and busyness of traffic at Vellara Junction.  Some of the trees in this grove are older than the church and are home to rare birds such as the Paradise Flycatcher.  The sesquicentennial anniversary of this historic church should be an occasion for the State of Karnataka, Bruhat Bengaluru Mahanagara Palike, Karnataka Biodiversity Board, Karnataka Forest Department, and just about every public agency and the wide public to join the congregation in celebration. It could well be an occasion to declare the sacred grove a biodiversity heritage site.

Unique living heritage, a dumping ground? Instead, Bangalore Metro Rail Corporation Ltd. (Bangalore Metro) has chosen to use the sacred grove and all the remaining open space around the church to dump its tunnelling equipment and construction debris.  Should they succeed, all that will be left would be the church structure, which being very old, is weak, and will likely collapse.  If it still survives such assaults, this charming masterpiece of architecture, which is of the Indo Saracenic style, would look a stranger amidst the noisy, smoky, traffic chaos of a messy Metro station.

To bring sanity to this situation, the undersigned have come together to not merely protect All Saints Church and its sacred grove, but to ensure that the Fundamental Right of the All Saints Church Congregation to peacefully assemble in prayer is protected for posterity.  This Right is an integral part of the Right to Life of an Indian citizen and can only be protected if the church and its sacred grove is left untouched.

Shocking secrecy:  The congregation has painfully learned in recent months, that efforts to destroy the church, the very soul and rock of their meaningful existence, was being secretively worked on for at least two years now, and without a whisper of intimation to them.  The Congregation has learned that Rt. Rev. P K Samuel, Bishop of the Church of South India Karnataka Central Diocese, and the Church’s Pastorate Committee have repeatedly appealed to Bangalore Metro and other authorities of the State to drop the idea of damaging (worse destroying in perpetuity) the Church and any of its property (please see  enclosed the 21st September 2018 letter of the Bishop to Karnataka Industrial Area Development Board -KIADB, the 10th April 2019 resolution of the Pastorate Committee and the 16th July 2018 letter to KIADB urging the proposal to use church grounds for metro construction and dumping of material be dropped).

Bangalore Metro’s response has been shocking. The Bishop was told in a Metro letter of 25th May 2019 (enclosed) that if the church did not part with its sacred grove temporarily, BMRCL would acquire the property permanently!  The congregation has been clearly rattled by such statements, which are clearly unconstitutional as the space is an integral part of the functionality of the church, is held in public trust and is critical for the congregation to celebrate a core aspect of the Fundamental Right to practice one’s religion without any fear whatsoever.

Congregation stands united to save the church for posterity: About 1000 members of the All Saints Church congregation are comprehensively opposed to any act that would result in destruction of the church and its sylvan surroundings.  Unequivocally and unitedly, they have repeatedly appealed to the Karnataka Government to protect their right to pray in peace, and to ensure generations to come would similarly be able to pray, celebrate life and remember those that have passed on. Thousands across Bengaluru, and around the world, stand in support of the congregation’s right to protect this living religious heritage of the metropolis along with its sacred grove.

KIADB’s questionable move to acquire church: Despite all these appeals and having handed over prime church property close to an acre, it is deeply distressing that Karnataka Industrial Area Development Board has initiated a process to acquire the church campus permanently for BMRCL and that by way of a public notice on 11th July 2017 (copy enclosed).  When the congregation approached the Spl. Land Acquisition Officer (SLAO) Mr. Balappa with their concerns, he was kind enough to given them a patient hearing on 30th July 2019. Apart from members of the congregation who were at the hearing to present their concerns, Brigadier Nayyar and Colonel Balvinder Singh of the Indian Army were also present. These high ranking Army officers supported the views expressed in support of the congregation.

Priya Chetti-Rajagopal of Heritage Beku made a fervent appeal to the Land Acquisition Officer to be compassionate to the cause of heritage protection and drop the acquisition.  Leo Saldanha of Environment Support Group pointed out that in light of the submissions made by high ranking officers, the entire process of initiating land acquisition was vitiated and void ab initio. Members of the congregation prepared an extensive dossier of factual material to demonstrate that the acquisition is contrary to law. (Unedited recordings of the proceedings are accessible here: https://www.youtube.com/playlist?list=PLU4L5fiT4Ub_YL7gz4C1yS8_7k37Cpp6O )

Lack of planned development of Bangalore Metro: Bangalore Metro was to be undertaken in a planned manner with due consultation of the public in compliance with the Principle of Free Prior and Informed Consent. Such a process would help build a Metro that works to enhance the metropolis, not destroy it. What is being contested is the destruction of Bengaluru’s living, cultural and religious heritage for building a Metro station when there is credible evidence that the station was not meant to be here at all as per original plans.  Besides, the alternative would eminently improve the functionality of the Metro and also the city space around it, and thus be of greater value to public whilst also saving the church. Why Bangalore Metro sought to acquire the church premises without any legal mandate or planning rationale remains a mystery.

All things considered, it simply does not make sense to destroy a city to build a metro.  We remain hopeful that Bangalore Metro and the State Government will revisit this unconstitutional, irrational and illegal decision to destroy All Saints Church, and will instead join hands with the congregation in celebrating the 150th Anniversary of the church in November this year. This is an occasion to invite His Excellency the President of India, Hon’ble Prime Minister of India, His Excellency the Governor of Karnataka, Archbishop Bishop of Canterbury, UK and other dignitaries to celebrate this beautiful and historic church and deliver it for posterity. Such a move would draw applause from across the world, and would be deeply appreciated by key lenders to Bangalore Metro such as the European Investment Bank. They certainly would not want to be party to financing the destruction of the religious and cultural living heritage of a city which has been lovingly cherished by its resident population for generations, evident in the beautiful gardens and the amazing grace of All Saints Church.

For press coverage of the press conference that took place on August 1st, 2019, please check the links below:

CEJI DEMANDS FABRICATED CASES AGAINST ENVIRONMENTAL ACTIVISTS PIYUSH MANUSH, MANSOOR ALI KHAN, VALARMATHI & OTHERS MUST BE DROPPED AND THEY BE RELEASED UNCONDITIONALLY 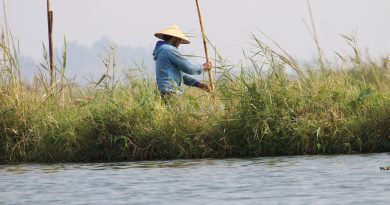