A fundamental step to securing decentralisation in urban governance 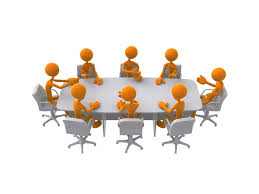 In a historic decision by the Division Bench of Hon’ble High Court of Karnataka consisting of Justice Mr. B.S. Patil and Justice Mrs. B. V. Nagarathna (see order below), Bruhat Bengaluru Mahanagara Palike (BBMP) has been directed to ensure that Ward Committees constituted on 31st October 2017 in all the 198 wards of the city should meet by end of November in accordance with Section 13-H of the Karnataka Municipal Corporations Act, 1976. The Court further directed that during this first meeting each and every Ward Committee shall prepare a ward level plan to “ensure proper solid waste management and sanitation work in the ward and finalise location of new public sanitation units” as per Sec 13 (I) (i) of the Act. These plans will be consolidated into an Action Taken Report (ATR) by BBMP and placed on its website, and a report of progress will be produced in Court prior to the next date of hearing i.e. 8th December 2017.

The direction assumes critical importance at a time when governance and management of large metropolitan centres such as Bangalore are in a perpetual state of crisis. This is a direct consequence of the lack of decentralization and devolution of power that guarantees direct public participation in civic matters as per the Constitutional 74th Amendment (Nagarpalika) Act, 1992. This critical reform initiated 25 years ago with the aim of improving transparency, accountability and efficiency in civic administration has been delayed for one or the other reason. Comprehending the entire situation and the prevailing crisis, the High Court issued these directions in response to a submission made by Mr. Leo F. Saldanha of Environment Support Group in WP 46523/2012 (Environment Support Group & Ors v. Bruhat Bengaluru Mahanagara Palike & Ors connected with WP 24739/2012 and other Public Interest Litigations that are being heard by the Court since July 2012 in tacking the solid waste management crises).

In an unprecedented initiative, the Court also directed BBMP to prepare a booklet consisting of all High Court directives, as also specific provisions of Municipal Solid Waste Management Rules, 2016 and Karnataka Municipal Corporations Act, 1976 relating to Ward Committee functioning, and reach that to every Ward Committee within 10 days. The Committees would then be assisted by BBMP in developing a Ward Level Waste Management Plan based on micro-plans developed by BBMP, the prevailing reality and inputs from the public.

The High Court in earlier orders has made Ward Committees responsible to manage waste within their ward limits. In fact, in directions issued in November 2012, that Court had held there is no solution to the garbage crisis unless each and every ward would segregate waste at source and manage waste produced within the ward by establishing two wet waste and one dry waste processing centres. This was to ensure that waste would not travel tens of miles to be dumped in quarries or landfills causing havoc in the lives of thousands of villagers, who are unfortunate victims of the city’s waste.

Mr. Sarfaraz Khan, Jt. Commissioner (SWM and Health) of BBMP submitted that maximum efforts were invested to ensure segregation and management of waste at source. However, only 40% of waste segregation has been achieved. While efforts are on to ensure maximum management of waste by segregation at source, interim measures demand waste need to be taken to quarries. This is also because eight waste processing sites that have been established at the cost of Rs. 450 crores have not been functioning optimally due to various reasons, including local resistance.

Earlier, Mr. Ajesh Kumar, Counsel for petitioners in WP 24739/2012, brought to the attention of the Court that several progressive directions issued for managing solid waste have not been complied with. These directions require segregation of waste at source and its management in local areas. As a result, accumulated mixed waste was being dumped in quarry pits in and around the city resulting in massive environmental and health impacts on local village communities.

Mrs. Kathyayini Chamaraj of CIVIC Bangalore, who is an impleading applicant in the PILs, argued that the Ward Committees currently set up have not been constituted as per the law. The Court felt that such legal objections could be raised independently. But the Ward Committees now set up must begin functioning immediately.

The Hon’ble Court also directed BBMP to file a compliance report of action taken regarding biomining of accumulated waste in Mavallipura landfills and of efforts invested in remedying the health and environmental problems faced by the local communities by the next hearing date. The BBMP in its compliance report has to respond in detail to a comprehensive report filed by ESG in Court: “A Review of the Health and Environmental Implications of Bengaluru’s Solid Waste Landfills, Waste Processing Sites and Dumping Grounds – With Focus on the continuing toxic impacts of landfills in Mavallipura”.

Petitioners have come up with suggestions that Ward Committees have to now discharge the twin task. Firstly of examining Ward Micro Plan prepared by the BBMP for each Ward with regard to solid waste management and secondly, to prepare a fresh plan depending on the needs of each Ward pertaining to solid waste management as per directions already issued by this Court from time-to-time (i.e. on 17.12.2015, 23.06.2016 and on other different dates).
In order to facilitate Ward Committees to effectively discharge their duties as per directions issued by this Court and in terms of obligations cast upon it under Section 13 I (h) of the Karnataka Municipal Corporations Act, 1976 so as to ensure proper solid waste management and sanitization in the respective Ward, the BBMP has to make available orders containing specific directions issued by this Court in these writ petitions from time-to-time by preparing booklets. The BBMP shall also make available the Ward Micro Plan prepared to each of the Wards. This exercise shall be completed within ten days from today. Thereafter, the BBMP shall ensure that Ward Committee Meetings are convened at ward-level on or before 30.11.2017.

We hope and trust that Ward Committees will engage themselves seriously in the task assigned to them under the provisions of the Municipal Corporations Act, 1976, particularly, Section 13 I, and also in terms of the Rules pertaining to Municipal Solid Waste Management Rules, 2016.

We also hope that respective Ward Committees will prepare action plan and submit action taken report to the BBMP in such meetings and the BBMP shall place before the Court substance of such decision taken, and action initiated, for perusal and further action by this Court prepared in a tablular form Ward-wise and the same shall also be uploaded in the BBMP website.

It is submitted by the petitioners that the BBMP has now resorted to dumping the solid waste in Quarries situated in Bagalur, Mittiganahalli, Bellahalli and other Quarries in those villages situated in the vicinity of Bengaluru City. According to the petitioners, this has resulted in serious health hazard to the residents of nearby villages located in the vicinity of said Quarries apart from resulting in several other problems.

Confronted with this, learned counsel appearing for the BBMP submits that now that Ward Committees have been constituted, the BBMP will come up with action plan to establish additional plants for managing wastes within the Wards by identifying suitable places.

We are of the view that this exercise has to be done on top priority and action plan in this regard furnishing details of additional plants to be established and its locations in different Wards has to be submitted by the BBMP by the next date of haring, after furnishing a copy of the same to the petitioners.
Re-list these matters on 08.12.2017.
A copy of this order be handed-over to learned counsel for the Corporation.