A Novel about an Island and more

welcomes you to the reading of

by its author Pankaj Sekhsaria 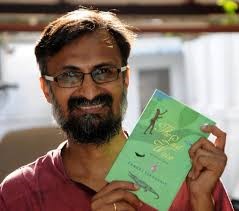 A brief about “The Last Wave”:

Harish, the protagonist in this novel, while trying to pick up the threads from a broken marriage and learn to give a new meaning to life reaches Andamans with the help of
a friend. In the Islands while passing away time on the pretext of doing an assignment, he comes face to face with the original inhabitants of the Islands the Jarawas. Through the eyes of the protagonist Harish, the readers of Pankaj Sekhsarias novel The Last Wave learn about the history of this Islands, its original inhabitants, the many waves of British, Japanese, and Burmese and India settlers who have tried to run over and change the character of the islands and the litany of issues that are open and festering even today.

Pankaj sums up the core issue, which triggered many a problem afflicting the islands today through his protagonists words in the novel A large group of migrants from mainland India had been allotted the forestland beside these creeks for their houses and for agriculture. Slowly, this wave of humans and their settlements had penetrated deeper and deeper, trashing the forests as David often said, and destroying prime croc habitat. Conflict was inevitable and the eventual loser evident. The author uses the word “wave” to justify how unequal the battle the Jarawas and their habitat faces against the sea of settlers. The Oceans waves continue their relentless assault on the shoreline, day in and day out, on a never-ending war, as if that is its life’s purpose. Unlike the vast shoreline the Jarawas are too little and small to sustain this war forever.

The Last Wave sums up this hopeless battle that the Jarawas have fought and lost. The giant waves of the Tsunami in 2004 December literally ravages the life of the protagonist drowning him back into sadness, into a life devoid of its meaning. Rescued and in hospital bed, he sees the Jarawas hospitalised. The Jarawas who have excellent knowledge and used to handle their own health are now forced to take medication as they have no answer to the modern diseases. A once self-sufficient tribe is now reduced to begging and pleading for help in broken hindi, an alien language. The protagonist while recovering in the hospital is grappling with his personal loss, and comes face to face with realisation that perhaps the Jarawas too have been inundated by a different sort of giant wave and lost the battle. This juxtaposition of the individual
loss of the protagonist with the plight of a vanquished race makes for a compelling ending.

Pankaj in his novel brings out the prevailing sentiments among the settlers in the Islands they can’t understand,why they should be denied legitimate access to precious resources because of a few naked junglees. Too often conflict starts because we believe that there is only one right way and that is the path we are following. Out of this belief, people often sympathize and pity others who follow a different path. Pankaj dwells on this theme in his novel, captured in what one of the settler says “..if we are allowed to continue here, well even become good friends we can even make these junglees humans. Well civilize them. This is what the government also wants now, isn’t it?”

The author tells us that the protagonist Harish felt a deep sense of wonder at the life of the Jarawa. It must be extremely tough, he thought to himself, and yet it seems so simple -just the elements and the people. Perhaps the author is conscious of the fact that only if the public appreciates this perspective they will start respecting the Jarawas instead of having pity.

The author has successfully managed to sew together real life stories to his tale and the combination of facts and fiction on an ecological backdrop forms a rich tapestry which will enrich the knowledge of the readers, while keeping them enthralled with its lucidity. Whatever he couldn’t achieve through his many articles, letters, legal cases and activism, may probably be achieved by his novel in making a new group of people aware about the injustice to the Jarawas and perhaps change the tide in their favour.

Published by Harper Collins, The Last Wave (290 pages) is priced at Rs. 350/-. and is available with online retail are lower prices.

About the Author: Pankaj Sekhsaria has been working with Kalpavriksh for the last 12 years. His main engagement has been with issues in the Andaman and Nicobar Islands – with research, networking, advocacy and legal intervention. He also edits the bi monthly newsletter the Protected Area Update and writes regularly for the Indian media on issues of wildlife and conservation. He has a Bachelors degree in Mechanical Engg from the Pune University and a Master’s Degree in Mass Communication from Jamia Milia Islamia, New Delhi. He is presently registered for a PhD programme in Science, Technology and Society Studies at the Maastricht University in the Netherlands.

For Directions: Link to route map to ESG: http://tinyurl.com/pdjm53b

Comic Strip On Impacts Of Lake Privatisation In Bangalore 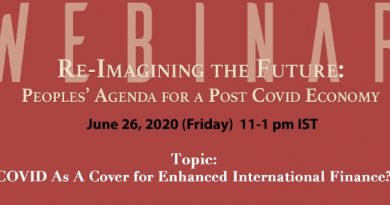 COVID As A Cover For Enhanced International Finance? 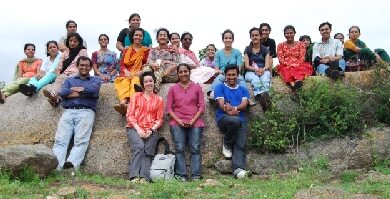 Exploring Environmental Education Beyond The Classroom