Too many dear people who with their pioneering spirit and work inspired thousands have departed due to COVID.

A very popular General Physician and  pediatrician, Dr. Tekur also helped shape Community Health Cell, now Sochara, in its formative years.  He spared no effort to be of help and to the very end was in the midst of patients working to save thousands from COVID and other ailments. Yet he found time to paint, and did so with such professional dexterity and beauty. Dr Tekur will be remembered by so many he trained in public health through his work life, and by thousands of children who were eager to see their doctor who always sent them away with a polo mint and an evergreen smile. All of us at ESG miss him so very much.

In some good news, BBMP has now dropped its plan to set up a crematorium at the Mavallipura landfill in Bangalore. The move to set up the crematorium had been strongly opposed by local communities already dealing with the toxic effects of the illegal landfill, supported by ESG. BBMP representatives have submitted a statement to this effect before the  Karnataka High Court.

However, the means to arrest this worrying trend of spread of Covid 19 has also been identified which involve the use of simple technologies, decentralisation of governance along with the healthcare system, activation of the NGO network across the country among other solutions. It remains to be seen whether the true origins of the virus–and our ability to stymie future pandemics– will ever be detected, even as calls to investigate the “lab leak” hypothesis are growing steadily louder within the scientific community.

While the pandemic rages unabated, other major challenges have emerged on the horizon that require immediate intervention. Mucormycosis or the Black Fungus has spread so rapidly among the Covid 19 affected that it has now been declared an epidemic in many states of the country. Questions on biosafety are also emerging as India has collected more than 230 million samples/specimens of the Covid-19 virus. The pandemic which exposed the state machinery for being uncaring has also exposed it’s brutal nature. Instances of state brutality against its citizens continue unabated while the rest struggle to deal with the deadly pandemic.
The enigma that has been Long Covid is gradually unravelling. So is the way forward in treating Covid 19 infections. American and Australian scientists in collaboration have developed a potential antiviral therapy which can directly target the virus and prevent it from replicating. How the virus spreads, which has long been a bone of contention among many scientists, has finally been solved. A 60-year-old error which proved to have severe consequences during the Covid 19 pandemic, has finally been identified and corrected.
While the pandemic has been cataclysmic it has also brought with it valuable lessons for the days to come. For instance, the pandemic has demonstrated amply that global cooperation is what is required to tide over the crisis, something which can be replicated to tackle the crisis of climate change.

The effects of climate change continue to be visible across all continents. Antarctica saw the breaking of the world’s largest iceberg while Africa experienced its fourth-warmest April since 1910 in 2021, jeopardising food security in the Sudano-Sahelian Zone which is coincidentally one of the poorest in the world. In the Indian subcontinent, out of 8 states designated highly vulnerable to climate change as per the national climate vulnerability assessment report, the condition of the state of Bihar is highly critical, the situation made worse by lack of an action plan. Scientists at the University of Kerala have expressed concern that extreme climate events may trigger an invasion of alien flora and fauna in biodiversity hotspots of the country. Climate change threatens the erasure of ancient cave paintings on the Indonesian island of Sulawesi, which is the oldest known hand stencil in the world and is of major historical importance.

As weather phenomena like storms, floods, wildfires and droughts continue to become extreme, more accounts of climate displacement and climate migration are recorded with at least 55 million people displaced internally in the year 2020. Scientists have also warned that such climate events lead to severe trauma and stress affecting the overall mental health of millions of people. While in India, such migration was visible in the farming communities in Uttarakhand who are moving to the plains due to rising climate threats and lack of income security, in Africa climate crisis is leading to conflicts often violent in the face of dwindling natural resources.

Climate misinformation has been used as a tool by polluting companies to deceive, mislead and spread information that is untrue. In the latest study, experts from Harvard explain how “ExxonMobil continues to connect climate change to uncertainty, even in its most carefully worded and most scrutinized discussions of the topic.” Environmental groups across the globe have also raised concerns over a solar geoengineering project supported by Bill Gates that could lead to catastrophic results if gone adrift.
In efforts to limit the rising temperature, the world’s richest nations have agreed to end financial support for coal development projects overseas. In addition to phasing out fossil fuels, the need of the hour is to advocate for solutions that are sustainable and affordable. An innovative floating city has been conceptualised in Maldives that counters the effects of climate change and beats the problem of rising sea levels. In another welcome news, the federal court of Australia has found it is the duty of the government to protect young people from the climate crisis. In the last three years, the number of climate court cases has nearly doubled. This article explains why “climate litigation is the key” to championing the cause of climate justice.

While much attention is paid to land-based biodiversity, a recent study by the Zoological Survey of India documents 4371 species of fauna in India’s oceans, showing they too are teeming with life. Rivers too are a storehouse of biodiversity and restoring them could be key to protecting endangered species. Recently, gharial hatchlings were spotted in the Mahanadi river, after almost 15 years. More good news from the distant Galapagos islands, where a species of tortoise which was believed to be extinct for a 100 years recently rediscovered.

To facilitate the net zero pledges of nations across the world, IEA released a roadmap that focuses more on decarbonising and less on mitigation, but are countries at par to accelerate such advised technological innovation? In a similar strain, to reduce the environmental concerns of emissions from ships, new research has shown hope in the use of biofuels which are low in sulfur compared to fossil fuels.

However, the Indian government is pressing ahead with its plans of banking on corporates to salvage the farm sector. This piece from The Citizen lays out how plans to digitize data from the agriculture sector paved the way for the farm laws, and are now materialising through efforts to build an AI-based farm database that may well result in Microsoft getting access to a database of at least 5 crore farmers. This move has also been opposed by 55 farmer and civil rights collectives for want of a nationwide policy on the privacy of farmers’ data and of consultations with farmers’ groups on the digitisation push

Trouble is also brewing in Lakshadweep, where regulations meant to transform it into a Singapore-like tourist destination threaten its unique culture and fragile ecology, while also massively curbing democratic dissent. The Andhra Pradesh Pollution Control Board has been criticized by the Human Right Forum for holding environmental public hearings when the state is being ravaged by the pandemic and is under lockdown. At a time when the need is to strengthen laws and adopt mitigation strategies, the state of Bihar has abandoned its climate action plan even after being categorized as highly vulnerable to climate change.

Rivers in all parts of the country are being ravaged by sand mining. In a welcome move, the High Court of Karnataka has prohibited river sand mining activities during the rainy season.

The NGT has directed the Chief Secretary of Uttar Pradesh to look into the matter of sewage discharge in the Yamuna river as part of an ongoing PIL, terming the river to be shockingly dirty contrary to the claims of Clean Ganga Mission.

While victims of the Thoothukudi police shooting continue to be denied justice, operations of the Sterlite Industries Ltd’s copper plant have been allowed to produce medical oxygen. However, it appears that the intent was more to do with disaster capitalism and an attempt to regain access to its facilities.

In an unprecedented decision, a Dutch court in Hague has ordered Shell to cut its global carbon emissions by 45% by the end of 2030 – which many believe could have wide implications for the energy industry. As the Dutch court ruling came, another remarkable event is that 61% shareholders of Chevron Corp backed a proposal to reduce emissions signalling the rising pressure on oil companies to be accountable towards climate change and the pollution they cause.

Environmental activists across the globe have time and again called for an eco-tax to facilitate climate and environmental justice. This article argues for introducing an eco-tax and how it can be used to support the health sector.

The Central Vista project in Delhi has been the source of much controversy for its destruction to both environment and heritage.  But few know that many laws were insidiously sidestepped or manipulated to push this humongous project through.

Bangalore’s proposed Peripheral Ring road has been mired in controversy through and through. After a funding arrangement with an Israeli consortium fell through, the Bangalore Development Authority is now searching for another firm to fund the Rs. 21,250 crore project, which would  destroy over 33,000 trees and displace thousands of families.
‘Development’ looks all set to land a killer-punch on another Indian city. The East Kolkata wetlands provide many invaluable services to both people and wildlife, but are now facing an existential threat from real-estate firms looking to develop the area.

In a shocking incident in Chhattisgarh, CRPF personnel opened fire on Adivasi protestors killing three. The Adivasis were protesting the building of a CRPF camp on land which was their forest.

Madhya Pradesh’s Buxwaha forest is under grave threat with the Birla company on the verge of cutting down over 200,000 trees to mine diamonds.  Similarly, the Toto people, an adivasi community living near the India Bhutan border, are also under threat from mining, with a stone-crushing facility causing serious soil erosion and deforestation.

In New Zealand, not all is bleak for the indigenous communities. Here’s a profile of Foreign Minister Nanaia Mahuta, the first indigenous woman to hold such a position, who is trying to bring an indigenous perspective to foreign policy and the country’s international relations.

Not much news travels from Lakshadweep to the mainland. But recently it has emerged that after Administrator Praful Patel took charge last December, several oppressive laws have been passed. With the pandemic spreading like wildfire across the archipelago, the islanders are in deep distress and need people of mainland India to take note of their struggles for fundamental freedoms.

With flight tickets more affordable than ever, travel to far-flung places appears to be catching on as a middle-class norm. Professor Richard Shapley, professor of tourism and development at the University of Central Lancashire shares his views on the ecological implications of such rampant tourism, and why we might need to cut back. 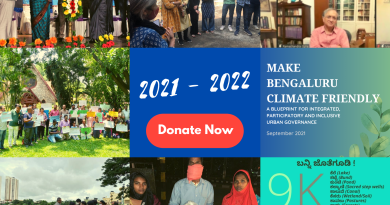 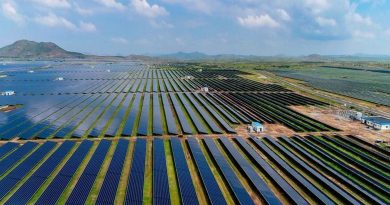 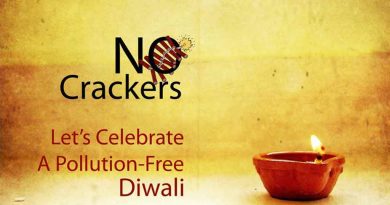