The Government of Karnataka has transferred out Mr. K. S. Sugara, IFS, from his position as Member Secretary of the Karnataka Biodiversity Board (KBB). The transfer appears to be a case of regular shuffling around and promotions of senior forest officials. While this may well be the case, Mr. Sugara’s transfer presents a major setback to the ongoing prosecution in India’s first biopiracy case against senior officials of M/s Mahyco/Monsanto and various public universities who are accused of illegally accessing local varieties of brinjal (eggplant), endemic to India, whilst promoting B.t. Brinjal, India’s first food GMO. It may be recalled that the release of this GMO has been blocked by a Ministerial moratorium since February 2010 based on nationwide public consultations.

If this is the case in Karnataka, highly placed sources inform that the transfer of Mr. Achalendra Reddy, IFS, Secretary of the National Biodiversity Authority (NBA), has recently been delayed but by three months. Mr. Reddy is the first prosecuting officer in the criminal complaint on grounds of biopiracy in promoting B.t. Brinjal filed before the Court of the Chief Judicial Magistrate at Dharwad (Karnataka). Arraigned as accused are past and present senior officials of University of Agricultural Sciences (Dharwar) and senior functionaries of M/s Mahyco and M/s Sathguru (a company that represents USAID and Cornell University as part of the ABSP II project, which aggressively promote GMOs in India).

Background to the Brinjal biopiracy case:

The case of brinjal biopiracy is the first to reach criminal prosecution stage in India since the enactment of the Biological Diversity Act, 2002. It is based on representations filed by the undersigned on behalf of Environment Support Group in February 2010. Ever since, there have been many efforts to scuttle investigation and possible prosecution in the matter. For instance, in November 2011, some members of the NBA Board blocked the move to initiate prosecution. This was in brazen contempt of Parliamentary privilege as only three months before, i.e. on 6th September 2011, Union Minister for Environment and Forests Jayanti Natarajan had committed in Parliament that “NBA has decided to proceed as per law against the alleged violators on the basis of reports of the State Biodiversity Boards for accessing and using the local brinjal varieties without prior approval of the competent authority”. The NBA being a body subordinate to the Parliament of India, cannot and should not have even considered a review of a decision confirmed in the august body. And yet it did.

Perhaps emboldened by these efforts in NBA, some members of the Board of the KBB, who perhaps were keen to shelter the violators, successfully pushed a resolution in January 2012 which claimed (wrongly) that “it is for the National Biodiversity Authority to take necessary action at their end against institutions/companies regarding alleged violations of provisions of Biodiversity Act 2002”. The Board which had consistently demonstrated clarity and conviction in investigating ESG’s complaint and demonstrated clear intent of initiating prosecution, suddenly seemed to have developed cold feet in proceeding on the matter.

Parliamentary scrutiny and consistent efforts of ESG and various other public spirited groups and individuals kept the issue alive, and in focus, This finally forced NBA to decide on initiating prosecution, which it questionably did after putting the matter to a vote on 28th February 2012. The vote went in favour of prosecuting, but raised a variety of very serious legal issues: whether acting on a criminal complaint could ever be a subject matter of a vote! Such scandalous decision making was followed by a rather lethargic pace in pursuing the matter, and forced the Indian Environment Ministry to serve two serious warnings and time extensions to NBA to get on with the criminal prosecution. This Ministry seems to have issued these warnings as it was possibly worried that the Minister’s assurance to Parliament was not being obeyed for several months.

Troubled by these delays and fearing further foot dragging and possible derailment of the biopiracy case, ESG filed a comprehensive Public Interest Litigation by way of WP No. 41532/2012 before the High Court of Karnataka seeking, among other reliefs, that NBA, KBB, and other concerned agencies must “perform their statutory duties under the Biological Diversity Act, 2002 with regard to existing cases of biopiracy”.

It was only after the High Court had issued notice in ESG’s PIL did NBA and KBB file the criminal complaint in the Court of the Chief Judicial Magistrate at Dharwad. But even here, there were efforts to scuttle the initiative, as the Government of Karnataka transferred KBB’s prosecuting officers: Mr. Y. Chakrapani, then Deputy Conservator of Forests with Karnataka Biodiversity Board and Mr. V. M. Halagatti, Deputy Conservator of Forests of Dharwar Forest Division. No other forest official was transferred in the State at the time, clearly indicating, therefore, that the transfers were intended to scuttle the prosecution. It is a matter of record that Mr. Sugara refused to relieve the officers till the complaint was filed. However, their eventual transfers denied the prosecuting team of their much needed experience in handling these complicated matters.

The criminal complaint No. 579/2012 filed by NBA and KBB officials was admittted by the Chief Judicial Magistrate’s Court on 26th November 2012 and summons were issued on the accused. Summons were readily served on past and current officials of UAS-Dharwar, but rather interestingly those on officials of Mahyco and Sathguru were not served as police claimed they could not find their addresses! While this issue was pending resolution, four of the accused, viz., Dr. S. A. Patil, former Vice Chancellor of UAS-Dharwar, Dr. Hanchinal, Vice Chancellor of UAS-Dharwar, Dr. H. S. Vijayakumar, Registrar of UAS-Dharwar, and the University moved the Circuit Bench of the Karnataka High Court at Dharwar and got an order from Justice B. V. Pinto to stay the entire criminal proceedings for 6 months on 3rd January 2013.

Immediate action needed to restore criminal prosecution, but key officers are being transferred, yet again:

Dr. Manmohan Singh, Prime Minister of India had proclaimed in his address at the High Level meeting of 11th Conference of Parties of the Convention on Biological Diversity at Hyderabad in October 2012 that “(w)e believe that the treasure trove of traditional knowledge should be used for the benefit of all humankind rather than for private profit. We will continue to work to strengthen our institutions to record this knowledge, to value its science and to provide benefits to its custodians.” He had also asserted that “we need to build a movement to conserve traditional varieties of crops.”

The strength of such statements in international fora are best proven by the manner in which Governments demonstrate support to tackled biopiracy. From the manner in which India’s first major corporate biopiracy case is being handled, clearly the Prime Minister’s statements appear rhetorical. This is especially evident in the fact that the Indian and Karnataka Governments far from making efforts to bring the biopiracy case back on track, are instead transferring out key prosecuting officers. This is very especially worrying because NBA or KBB have not made any efforts to vacate the stay on the criminal proceedings.

Taking all of this into consideration, it is critical that Indian and Karnataka Governments demonstrate their intent to protect the biodiversity of the country, especially in a world where transnational corporations are known to violate sovereign laws with impunity, by sheltering prosecuting officers. Such clear thinking is demanded in handling complicated matters such as the brinjal biopiracy cases, which has deep and far-reaching implications to the food and ecological security of India.

Co-Complainants in Biopiracy Case on behalf of Environment Support Group 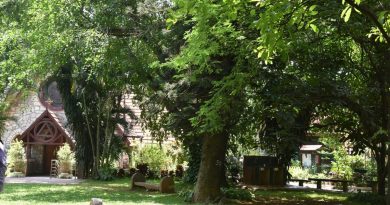