19 April 2017
Downloads:
Petition to President of India over MHA linking NSS to ‘Maoists’

In a very disturbing development, the following reference is made in the 2016-17 Annual Report of the Indian Union Ministry of Home Affairs to Niyamgiri Suraksha Samiti, an organisation of the the Dongria Kondh community who have valiantly resisted mining by Vedanta in the thickly forested and sacred Niyamgiri hills of Orissa:

“2.8 The Maoists tried to strengthen coordination between its mass organizations and other like-minded organizations to undertake programmes against alleged state violence and for protection of democratic rights. In 2016, the issue of displacement of local communities remained the main plank of mobilization by the mass organisations. In Niyamgiri Hills area (Districts Rayagada and Kalahandi, Odisha), the out t continued to guide the activities of the Niyamgiri Suraksha Samiti.” 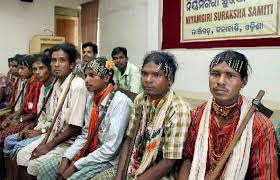 In protest, please find enclosed a letter addressed to the President of India, endorsed by a wide range of peoples movements, social and environmental justice groups and individuals, urging him to “direct the MHA to retract the statements made about the NSS in its report, to stop the intimidation of the adivasis and attempts to restart the mining, and to allow the Dongria Kondh and other communities of the Niyamgiri hills to live a dignified life of self-determination for their present and future.”

In solidarity with the struggle of Niyamgiri Suraksha Samiti, we appeal to you to send this or a similar letter to the President of India.

We reiterate our support for the struggle of the Dongria Kondh, and of the Niyamgiri Suraksha Samiti, in safeguarding their habitat, livelihoods, identity, and dignity. 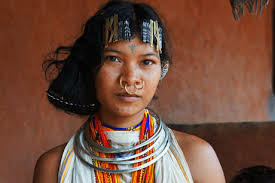 The President of India

We are writing to express our concern and anguish at the recently released Annual Report 2016-17 of the Ministry of Home Affairs (MHA), which has linked the Niyamgiri Suraksha Samiti (NSS) with ‘Maoist’ organizations. The report states that Maoists ‘guide’ the activities of the NSS.

The Niyamgiri Suraksha Samiti is a collective of the Dongria Kondh adivasi people and other local communities who have been organizing themselves for more than a decade against bauxite mining in Niyamgiri hills (Odisha), which is their only home. The continued targeting of the Dongria Kondh community (with a population of less than ten thousand people) in reports like these, and in continued state actions on the ground, raises serious doubts: is this being purposely done to break their continued resolve to oppose the mining of the Niyamgiri hills?

The resistance of the Dongria Kondh to the mining proposal is based on several grounds: Niyamgiri is their traditional and ancestral home, it is a sacred landscape, it is the source of their livelihood and culture, they have special rights guaranteed in the Constitution, and they have full rights to it under the Panchayat (Extension to Scheduled Areas) Act and the Forest Rights Act, both laws passed by the Indian Parliament. In fact under the Forest Rights Act, the community has the right and is empowered to protect their habitat, and natural ecosystems in it, which is precisely what they are doing in resisting the mining. All this was recognized by the NC Saxena Committee set up by the Government of India in 2010, which strongly recommended against mining in the hills.1 Subsequently the Supreme Court too recognized these aspects. 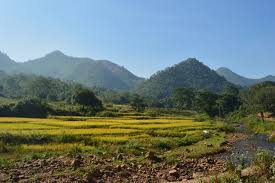 However, since the Supreme Court ordered that the Dongria Kondh need to be consulted about mining in the region in April 2013, and the subsequent unanimous rejection by the Dongria Kondh gram sabhas of the mining proposal, we have observed with great perturbation the repeated attempts by the state government to reintroduce the proposal and to start mining in the region. Recently, the Odisha Mining Corporation filed a petition in the Supreme Court to reopen the mining. The Supreme Court refused to admit the petition.

Apart from these attempts, there has been constant intimidation and violence on the community by security forces. In the last 2-3 years, several Dongria Kondh youth and elders have been arrested, harassed, and killed, and one has committed suicide after repeated harassment and alleged torture by security forces. In none of these cases, have the forces been able to produce evidence linking them to so-called Maoists. 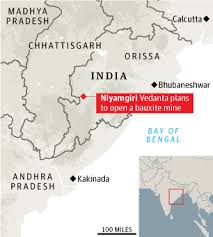 The Ministry of Home Affairs appears to have ignored the overwhelming response of the Dongria Kondh, when Maoist organisations told them to oppose or boycott the gram sabha meetings organised by the state at the behest of the Supreme Court order of April 2013. Hundreds of Dongria Kondh had flocked from village to village to take part in the meetings, openly defying this call.2

The Government should also pay heed to the wisdom of the Supreme Court expressed in the case of Nandini Sundar and Ors vs The State of Chhattisgarh (WRIT PETITION (CIVIL) NO. 250 OF 2007), also referred to as the Salwa Judum Judgement. In this it reiterated that the current social order which treats any person speaking for human rights and questioning the current paradigm of the State, as a ‘Maoist’ or a ‘Maoist’ sympathizer, has become a serious problem affecting our nation. It noted that any peaceful dissent or dissatisfaction which is a positive feature of democracy, is often not recognized by the authorities and is met with severe repression.

The MHA appears to be questioning the credibility of the Supreme Court’s orders and observations in the above matters; and additionally of the Indian Parliament by ignoring the Dongria Kondh’s rights under PESA and FRA.

Actions such as what the state is doing in the Niyamgiri hills, and language such as that used in the MHA report, only serve to undermine democracy. Apart from the suffering and injustice that the state’s repressive actions cause, they also push people who are peacefully exercising their freedom of speech to turn to violence, which helps no one. 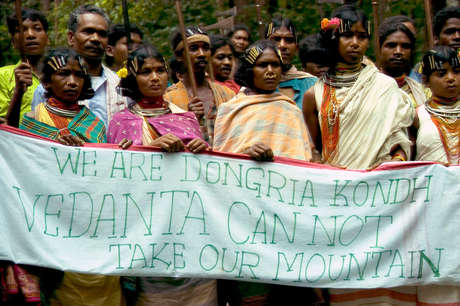 We therefore urge you to use your responsibility of upholding the Constitution, and in particular the safeguards for adivasis contained in it, noting also that the Dongria Kondh are a Particularly Vulnerable Tribal Group with special safeguards. We urge you to direct the MHA to retract the statements made about the NSS in its report, to stop the intimidation of the adivasis and attempts to restart the mining, and to allow the Dongria Kondh and other communities of the Niyamgiri hills to live a dignified life of self-determination for their present and future.

We reiterate our support for the struggle of the Dongria Kondh, and of the Niyamgiri Suraksha Samiti, in safeguarding their habitat, livelihoods, identity, and dignity.

on behalf of the undersigned organisations and individuals

Nitin Rai, Ashoka Trust for Research in Ecology and the Environment (ATREE), Bangalore

Henri Tiphagne, People’s Watch, All India Network of Individuals and NGOs working with