“More and more people are travelling all over the world which exposes the whole world to epidemics. As our society is in a state of flux, novel pathogens emerge to pose challenges not only at the point of primary contact but in far removed locations. The increased interaction between humans and animals has increased the possibilities of zoonotic diseases emerging in epidemic form.”

These lines are from Guidelines for Management of Biological Disasters approved in 2008 by the National Disaster Management Authority of the Government of India (NDMA), an agency set up under the Disaster Management Act 2005. These Guidelines anticipate a variety of scenarios of biological disasters, including biowarfare. With great nuance and care for detail, it suggests steps administrative and health delivery network of the country must take at various levels, in preparedness and also in dealing with an adverse situation. And there is a message for everyone, right down to explaining how the ASHA worker, sanitary and medical staff, in villages and city wards, are critical participants in safeguarding the population from the worst.

The guidelines caution us “(a)n overloaded urban infrastructure consequent to rapid urbanisation, along with population movement, is the largest hazard the country faces” in a biological disaster. Assessing risks, it warns that “analysis of emerging infectious diseases revealed 75% of them to be of zoonotic origin. Bacteria, viruses and parasites can spread from a wildlife reservoir.” And suggests “National or international wildlife trade for food or pets bring together different species from varied sources into the human environment permitting re-assortment of genes and the emergence of novel pathogens. It is this type of interaction that is believed to have triggered the Severe Acute Respiratory Syndrome (SARS) outbreak in South China and thereby caused the evolution of a new influenza strain with the potential of causing an epidemic.”
How the Indian Environment and Health Ministries have callously exposed human populations to risks of transmission from the wild would require an independent analysis. But for now our worry is not so much where and how COVID-19 originated, for we knew, after SARS, that we had to be prepared. But what must bother us is that from 2008 when the guidelines were approved till date, there hardly has been any preparation across the length and breadth of India in taking preventive steps and preparing to respond to a biological disaster. Why, the position of Commissioner, Karnataka Disaster Management Authority, was filled only days ago, and that after various civil society representatives, including the author of this article, urging the Government to guide actions through this body – not the police as has been the case thus far.

The Disaster Management Act requires the Commissioner would be the key officer guiding efforts to respond to the pandemic as we are now suffering. This requires simplifying communication channel, with the officer coordinating between the central NDMA and the District Disaster Management Authority, headed by District Commissioners. Besides, there would be an acute understanding of food supply and material flows demanded, and on the basis of a District Disaster Management Plan which is available already. This level of detail would help a country enormously, given it diversity – linguistic, biogeographic, food cultures, farming practices, cultural, economic, etc. In this way, a complex pandemic would be dealt with equally complex responses. Not an homogenous one-size-fits-all strategy, rammed down on the public at large from the Centre, and that too from the office of the Prime Minister enforcing extraordinary police powers, as is now the case.

No one disputes the need for a lockdown in dealing with COVID pandemic. That when World Health Organisation dragged its feet for weeks on end without cudgelling China to reveal details of what it was suffering for months already, so the world at large could be prepared and China helped. China’s President for life Xi Jinping did everything possible, in fact, to deny the world information, and thus the chance of containing the massive suffering and death that has followed.

A moot question is about Indian intelligence. Was it so ineffective, that it failed to report how serious the epidemic in China was? Officers probably reported, and quite possibly their warnings of an impending disaster were ignored. Prime Minister Modi was busy otherwise, as we well know – organising Namaste Trump, an event gathering 100000 people inside a stadium in the time of the pandemic! It’s irrelevant now to assess if anything at all came out of that visit.
But if dealing with the pandemic was of concern to Prime Minister Modi, he would have cancelled Namaste Trump, and focused attention on attending to discontents over CAA, and most certainly avoided the Delhi riots and the deaths of scores others country wide. He did none of that, despites mid-February public warnings by Congress leader Rahul Gandhi about the serious nature of COVID pandemic.
When the situation became really dangerous, a Janata Curfew was imposed, indicating a lockdown would follow. There was no clarity in messaging, and so rumours grew. And when the lockdown was imposed, it was without care and regard for the lives of millions who live an hand to mouth existence. Who now, as we are painfully witnessing from the comfort of our couches, are walking through day and night fearful of their survival, and in the scorching summer heat. Deaths amongst those forced to walk, families included, has surpassed those killed by the viral disease already. So serious is the humanitarian crisis that is unfolding, almost several High Courts, and the Supreme Court as well, have been forced to intervene indicating a comprehensive failure of the Executive in dealing with pandemic and the lockdown. And as though this crisis is insufficient, report have emerged that in a scandalous decision taken earlier this month, a prevailing embargo on export of Personal Protective Equipment was lifted, thus emptying out stocks that are critical to safeguarding sanitation and health workers dealing with a pandemic. Reactively, new orders have now been placed. But the equipment is likely to reach hospitals, villages and civic areas only in a month.

Once we are through this crisis, we will probably need a Joint Parliamentary Committee interrogating steps taken in dealing with the pandemic. But there is plenty that can be done right away to save lives and suffering of millions. The Bio-disaster Guidelines direct that District Disaster Management Authorities must be the node of intervention, and need to actively engage Local Governments in preventive, curative and relief work. This is the best chance we have to escape a calamitous situation. Such a ground up, deeply humanistic strategy, completely absent of any terror through police power, is the need of the hour. Meanwhile, as doctors insist, we must TEST-TEST-TEST, and isolate those infected and be taken care of compassionately and sanitarily. Influential middle class public attention needs to urge governments to focus attention and resources on such preventive and curative work, and less so on how one survives the lockdown from the comfort of a well-stocked house replete with internet and TV. Those walking home hungry have no such luxury.

The article can also be accessed at https://bangaloremirror.indiatimes.com/bangalore/others/the-long-march-home-if-only-the-govt-had-got-its-act-together/articleshow/74921205.cms?slideshow=74863869&slide=74863875#9 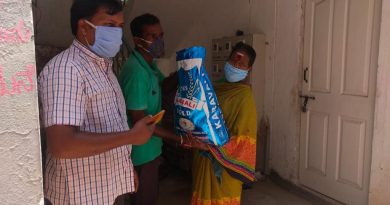 Help Those Who Have Fallen Through The Cracks Survive The Lockdown 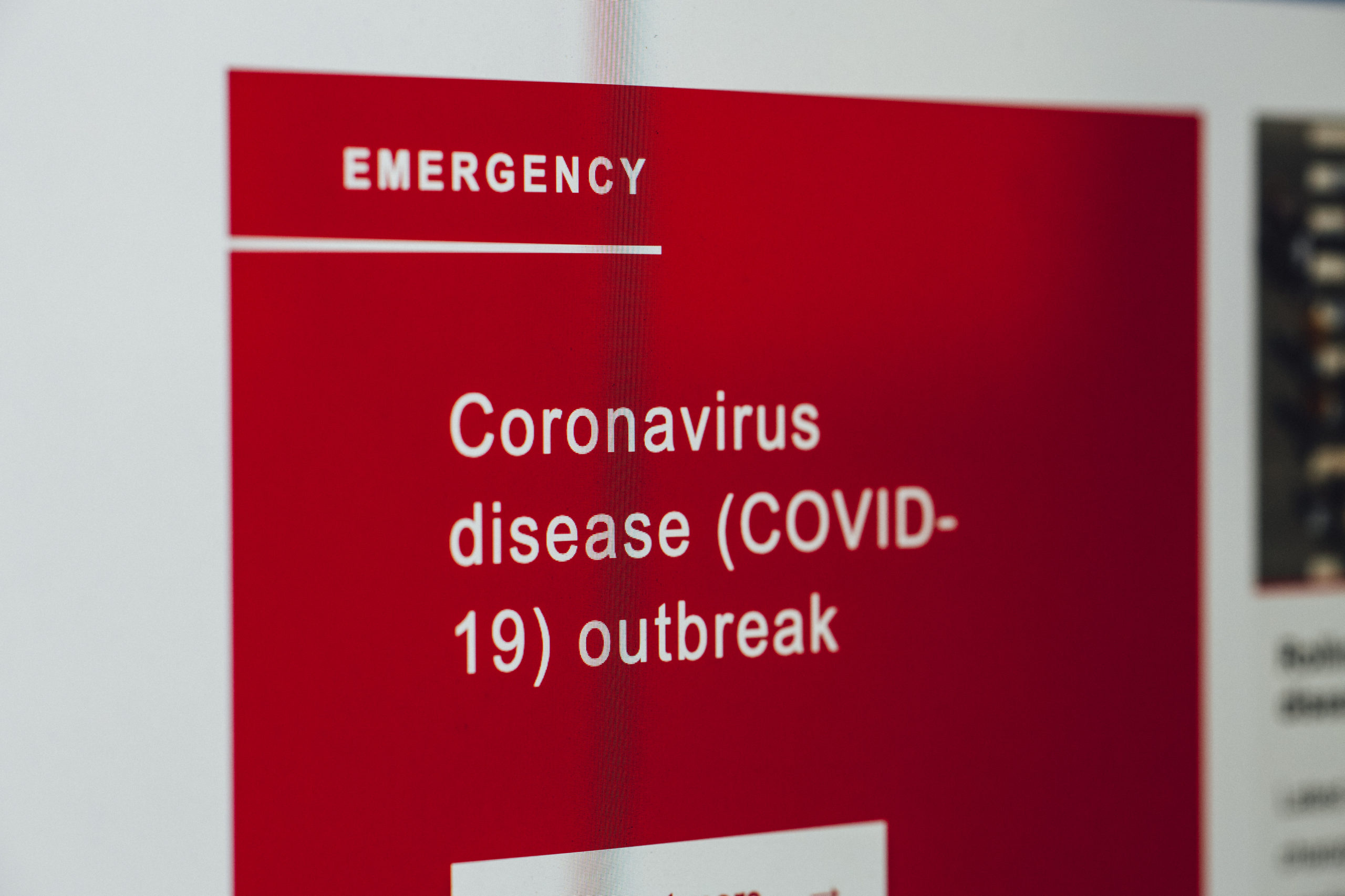 Urgent Need For Ground Up, Coordinated Approach In Dealing With COVID-19 Pandemic