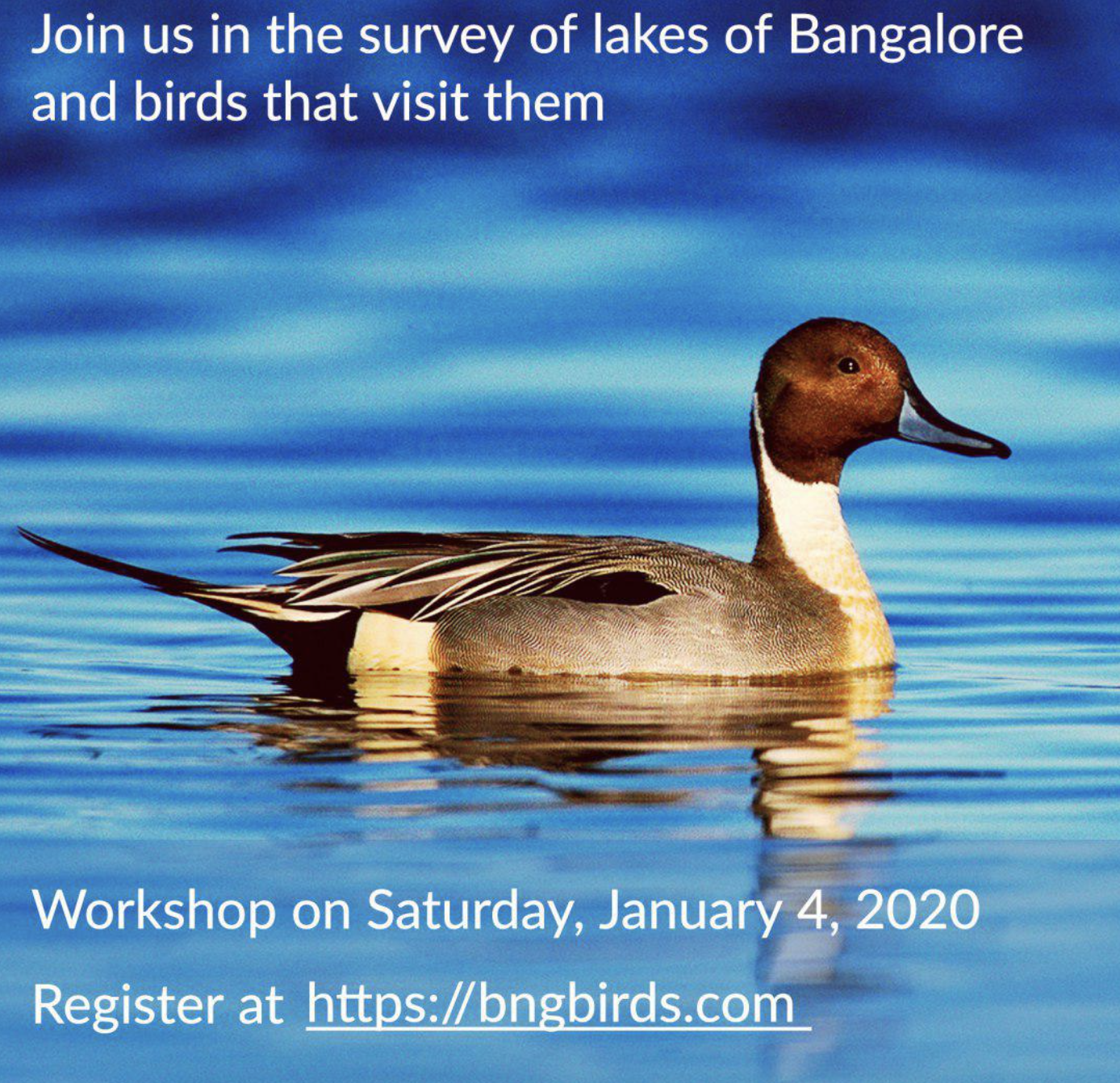 The Annual Mid-Winter Waterfowl Census 2020 is being conducted during the months of January & February 2020.

Please register to indicate your availability and preference as it will help us plan better.

An orientation and planning session is also being organised for all participants.

Please note that it is important that all participants in the Census attend this training.

30 years ago, in 1989, birdwatchers in Bangalore came together to take stock of Bangalore Lakes as waterbird habitats. This was done as a part of Asian Midwinter Waterfowl Census. The voluntary effort of tens of birders was to assess waterbird species composition and their numbers supported by Bangalore Lakes, lakes that had been created by ordinary villagers centuries back as a means of harvesting monsoon runoff to stock water to meet their domestic and irrigated agricultural needs. Over time, these lakes (wetlands) turned into excellent waterbird habitats. 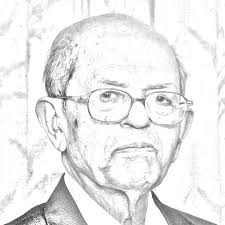 During January 1989, with the support of Karnataka State Forest Department, 97 of these lakes occurring within about 40Km radius of Bangalore were surveyed by small groups of birdwatchers. They went around each lake and counted birds, and also collected water samples to assess their quality and composition. Besides, plankton diversity of each lake was surveyed. Details on the aquatic plant diversity and threats to wetlands were also collected. This resulted in a report entitled “Survey of Irrigation Tanks as Wetland Bird Habitats in the Bangalore Area” and is accessible online (https://archive.org/details/Wetlands1989).

This survey/study has captured the imaginations of many over the decades. However, a full scale survey of this kind has not been repeated in the Bangalore area in decades. In the interceding decades, tens of lakes have been encroached, polluted and built over.  There have been multiple efforts to protect, save and rehabilitate these lakes, even in highly urbanised settings, as declining populations of waterfowl (local and migratory) continue to remind and alarm us of the vitality of these waterbodies as functional ecosystems, and of their social, environmental and ecological importance in our extensively urbanising worlds.

Subsequent efforts in conservation and rehabilitation of lakes:

There have been several efforts to protect and conserve lakes of Bangalore as wetland habitats.  They have been led by several leading birders, including late Mr. Zafar Futehally, who filed a Public Interest Litigation (PIL) in 1995 seeking directions to implement the recommendations of Lakshman Rau Committee report on Bangalore Lakes (1988). Several more efforts were invested subequently, including by way of the Joint Legislative Committee Report on Encroachment of Commons (A T Ramaswamy Report), efforts by Forest Department, Lake Development Authority (now defunct), and various civil society organisations.

In 2008, Environment Support Group filed a Public Interest Litigation in 2008 (WP 817/2008) seeking directions to the State to develop an appropriate schema to protect and rehabilitate irrigation tanks (now called lakes) in socially just and ecologically wise ways.  The Karnataka High Court accepted the PIL and issued a variety of interim directions, and a comprehensive final direction on 11th April 2012, invoking the Doctrine of Public Trust. The final direction also instituted a new mechanism for state-wide for protection and rehabilitation of lakes through local community participation, with oversight from the Revenue Secretary and Karnataka Legal Services Authority. In addition, Reports of the Committee headed by Justice N. K. Patil, which provided comprehensive guidelines for ecologically wise and socially just rehabilitation and protection of lakes, were made mandatory.

While there have been several efforts since to recover and rehabilitate lakes, the approach has been largely engineering focused, and this has contributed to the destruction of biodiversity of these wetlands, and also contributed to the deterioration of their health.  This destructive civil engineering approach of ‘rehabilitating’ lakes was brought to the attention of the Karnataka High Court in another PIL (WP 38401/2014) in which Leo Saldanha (as party in person) and ESG have intervened. The Principal Bench of the Karnataka High Court headed by Chief Justice Mr. Abhay Oka were alarmed at how widespread the destruction is, and stayed many civil works that were resulting in deterioration of lakes. The Court also took notice of the detailed biodiversity surveys of all lakes of the Bangalore region undertaken by State Government agency, the Environmental Management Policy Research Institute, and have directed the agencies involved to ensure lake rehabilitation is undertaken in a socially just and ecologically wise manner.

In the same case, the Court acknowledging Birdwatchers’ efforts of 1989, issued the following order on 27th November 2019:

“The eighth respondent appearing in person has tendered across the bar for perusal of the Court a Survey of Irrigation Tanks as Wetland Bird Habitats in the Bangalore area by Birdwatchers’ Field Club of Bangalore in January 1989. He pointed out that the survey was sponsored by the Karnataka State Forest Department and the logistical support was provided by the said Department. He states that the said Institute is again willing to undertake the same exercise provided necessary support comes from the State Government. We direct the State Government to consider this aspect and make a statement on the same, so that the same exercise can be undertaken by the same Institute with the logistical support of the State Government.”

It is imperative for the State Government and Birders to conduct the survey of lakes as was first conducted in 1989. 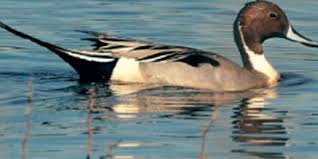 The 2020 waterfowl survey will help immensely in developing our understanding of the biodiversity in Bangalore’s lakes. It would also help through comparative analysis to assess the deterioration over 30 years. The unprecedented and truly historic support of the Karnataka High Court to this effort encourages waterbird conservation initiatives. Besides, the outcomes of the survey would assist the Court in issuing directions to ensure our lakes and their canal networks are protected as biodiversity rich areas for posterity. This initiative is also being undertaken in coordination with eBird India, the Asian Waterfowl Census (AWC) co-ordinated by Wetlands International as part of global programme, the “International Waterbird Census”.

Recipient of ED certification from NGOsource