It is the 25th year of Environment Support Group (ESG), as India turns 75! It has been a remarkable journey thus far, and has been made possible due to the support and cooperation we have received from hundreds of folks, those who volunteered and worked with us, those who contributed, communities we have been privileged to work with across India and elsewhere, and for the support we have received from so many of our partner agencies and collaborators.  It is this support that keeps us going, despite the challenges of our times. And we look forward to your continued cooperation and support.

In the coming issues of Environmental Justice Matters, we will walk you through this journey which has taken us through Dakshina Kannada working with communities there to resist ecologically and socially disastrous power plants, steel plants, barge mounted power plants, chemical factories and also the most unwise expansion of the Mangalore airport.  We will explain our efforts in helping imagine that the ending of mining in Kudremukh is possible, which eventually it was ended, so that then critically endangered  Lion Tailed Macaque could survive as would shola forests from where three rivers emerged: Tunga, Bhadra and Nethravathi.

We will share stories of what it took to stop the Dandeli Dam, which would have destroyed the last flowing stretch of the Kali River in Uttara Kannada district, and how we worked with local tribal and farming communities to challenge pollution by West Coast Paper Mills: a journey that also revealed to India and the world how fraudulent Environment Impact Assessments were systematically used to accord ‘environmental clearance’ to high impact projects.  We will invite you to journey through the extraordinarily rich farmlands of Chamalapura between Bandipur and Nagarhole national parks where a massive coal fired thermal power plant was proposed, and of collaborative efforts that ensured this ecological nightmare would not occur.

We will explain why we questioned the Bangalore Mysore Infrastructure Corridor Project, which in many ways alerted people across India of the nature of corporate-state collusion that is embedded in major transport infrastructure projects and how this could ruin regional economies and farmlands, while also working against promoting public transport: intra and inter city.  We will narrate accounts of how the Bengaluru metropolis was rescued from ill-thought road widening projects, massive housing estates on the shores of T. G. Halli reservoir, of efforts to protect Bengaluru’s greenery and lakes and how all this has helped build a deeper understanding of state and nation-wide efforts to question destructive mega projects that promote political ambition, not public interest.

We will walk you through the efforts of valiant people of coastal Jagatsinghpur in Odisha who resisted the massive POSCO Steel project and how we worked with them to expose a massive socio-ecological disaster, including the threat to Olive Ridley turtles.  We will introspect about what it is that India can do to secure its economic and social progress without destroying its foundations: ecological wealth and natural resources and associated traditional knowledge of farming, pastoralism, fishing, soil conservation, etc. We will explain the threats there are to Loktak wetland region, and why the struggle of fisherfolk there epitomises the struggles of all natural resource dependent peoples against development that is mainstreamed and irreversibly destructive. We will speak of ongoing efforts to protect India’s biodiversity and associated traditional knowledge from biopiracy and bioloot

We will introspect on the lack of rational and transparent decision making that formed the basis of promoting India’s first ‘science city’ at Challakere, a massive nuclear-military- energy-tech engineering complex built on hegemonies of power wielded by executive and scientific establishments, which ruined centuries old tradition of conservation of grassland ecosystems that are also habitats of the critically endangered Great Indian Bustard. . We will explain why we need to be extremely worried about India’s pitch to generate 500 GW of energy from so-called ‘green energy systems’, such as utility scale solar parks, which our research has uncovered is extremely destructive of farmland, indigenous peoples rights, of forests, grasslands and more.

We will share with you various strategies that can help secure every village, town, district, and region in environmentally benign and socially inclusive ways, securing not merely the interests of present generations but those yet to walk this Earth, and work with you in imagining actions to reverse global warming and tackle climate change, as we have attempted in developing Bengaluru’s first Climate Action Plan based on collective and inclusive approaches.

We have come a long way despite many hurdles, and our work today spans various landscapes across the country, from the far south to the north east of India. All this experience has helped us contribute critiques of law and policy, financing of projects, about governance, people centred planning, etc

We couldn’t have come this far without your support and the dedicated hard work of many of our team members, interns and volunteers, and the consistent support of our families. We sincerely acknowledge our institutional partners who have believed in our work and who have been patient to see the real results of sustained, diligent and committed efforts.

As we invite you to commemorate with us 25 years of uninterrupted engagement with and service to communities across India, which we consider is a microscopic yet significant contribution to make this only living planet better for all, now and into the future, we welcome you to join us in what we do and also help organise various exciting activities in commemorating not merely the 25th year of ESG, but the fact that a civil society organisation addressing environmental and social justice challenges has survived in these challenging times.

Do watch this space in the coming weeks of Environmental Justice Matters when there will be detailed accounts of major  milestones in ESG’s journeys, which we believe is also yours. 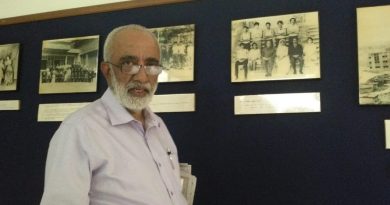 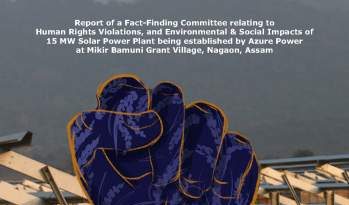 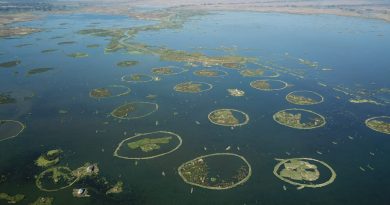