Vandana Shiva is an Indian scholar, environmental activist, food sovereignty advocate, and anti-globalization author and campaigner. Shiva, currently based in Delhi, has authored more than twenty books including Soil Not Oil, Staying Alive and Earth Democracy. She has written and spoken extensively about advances in the fields of agriculture and food. Intellectual property rights, biodiversity, biotechnology, bioethics, and genetic engineering are among the fields where Shiva has fought through activist campaigns. She has assisted grassroots organizations of the Green movement in Africa, Asia, Latin America, Ireland, Switzerland, and Austria with opposition to advances in agricultural development via genetic engineering. She received the Right Livelihood Award in 1993, an award established by Swedish-German philanthropist Jakob von Uexkull, and regarded as an “Alternative Nobel Prize”. In 1993 she founded Navdanya, a seed saving organization and movement based on principles of eco-feminism and earth democracy with more than 500,000 farmers as its primary members.

Derrick Jensen is an American author, ecophilosopher, radical environmentalist, and anti-civilization advocate. According to Democracy Now!, Jensen “has been called the poet-philosopher of the ecological movement.” As well as presenting a love letter to the natural world, Jensen’s writing critiques the effects and concept of civilization, exploring what he describes as its inherent values, hidden premises, and modern links to supremacism, oppression, and genocide, as well as to corporate, domestic, and worldwide ecological abuse. He has consistently called for the dismantling of civilization and of Western culture, which he views as inherently unsustainable and as an inevitable cause of ecocide. He has written more than 20 books including A Language Older than Words, Endgame, A Culture of Make Believe and The Myth of Human Supremacy. In 2008 he was named a “visionary” as one of Utne Reader magazine’s “50 Visionaries Who Are Changing the World.” In 2006 named “Person of the Year” by Press Action for the publication of Endgame.

We will send you the link to the Zoom conference a few hours before the event. 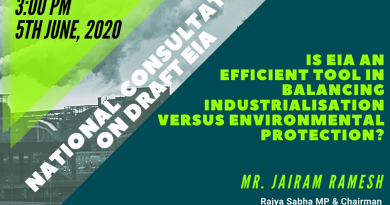