The Judiciary is the Defence of the Innocent.

Or so we thought.

The bail which was his right was denied to him.

Despite his age – 84 years and being afflicted with Parkinson’s

Who (and/or what) killed this Great Soul, is not any more the question.

The threat facing every law abiding citizen of India, who deeply value Constitutionalism, who fight for Deep Democracy, Equity, Justice, Liberty, Equality and Freedom, and who have the courage to dissent and question the actions of the State when it works against the people, is that they are labelled anti-nationals and terrorists.

Quite regularly they are thrown into jail on all sorts of fabricated cases.

Stan was one of the accused in the infamous Bhima Koregaon case. All accused in this case have dedicated their lives struggling for human rights of the most vulnerable, and against social injustices and environmental destruction.

Draconian laws, such as the Unlawful Activities Prevention Act, a law which even the colonial British would be embarrassed to enact, has been used to attack their Fundamental Freedoms and that of so many across India.

Stan would not want us to grieve on his passing. But he would most certainly want us to rise in protest against abuse of law, against abuse of power, against fabrication of cases against dissenters, and most particularly to rise up and hold high with pride the Constitution of India – as he did.

Stan would want us to proudly stand up and

The National Investigation Agency (NIA) could not produce any logical or legally acceptable evidence against Stan, or others co-accused in the Bhima Koregaon case. Yet NIA blocked Stan’s and rights of others accused to secure bail. Time and again.

At the age of 84, as a Parkinson’s patient, Stan was unable to even sip water. But NIA denied him even a sipper which he requested to sip water.

Locked up in Taloja jail in Mumbai from 8th October 2020, Stan repeatedly sought bail as was his right. That right was denied him.

Will those responsible for his death now accept at least moral responsibility?

Stan would not want us to grieve for his death. He would, instead, want us to tirelessly demand accountability of the investigation agencies, of the Union Home Ministry, and also of the Judiciary, as he did till his very last breath.

A Jesuit priest, Stan lived a spartan life, always struggling for fundamental rights of Adivasis, Dalits and such other vulnerable communities. In his death, we have not lost a great soul of India. In his death every citizens’ security from blatant abuse of police power and disregard for the rule of law has substantially weakened.

As a mark of respect for Stan, and to express your feelings, we invite you to join in an indefinite tribute for this great man

The Framing of the Bhima Koregaon Sixteen

Thank you so much for the solidarity support by so many, for me and my co-accused. I am really grateful. The Prison administration provides breakfast, tea, milk, lunch and dinner. Any additional edibles are to be purchased from the prison canteen, twice a month. Also, newspapers, toiletries, stationary and other essentials can be purchased through the prison canteen. My needs are limited. The Adivasis and the Society of Jesus have taught me to lead a simple life. I had brought with me a “sipper-tumbler”, to drink tea and water. However, the same was disallowed at the prison gate, on entry on 9 October. Now, I am using a baby-sipper mug, which I purchased through the prison hospital. I have communicated this need to our lawyers. I am still awaiting to receive the sipper-tumbler. Varavara Rao is very sick. Kindly, pray for him. Listening to the life-narratives of the poor prisoners is my joy in Taloja. I see God in their pains and smiles.

Peace! Though I do not have many details, from what I have heard, I am grateful to all of you for expressing your solidarity support. I am in a cell approximately 13 feet x 8 feet, along with two more inmates. It has a small bathroom and a toilet with Indian commode. Fortunately, I am given a western commode chair.

Varavara Rao, Vernon Gonsalves and Arun Ferreira are in another cell. During the day, when cells and barracks are opened, we meet with each other. From 5.30 pm to 06.00 am and 12 noon to 03.00 pm, I am locked up in my cell, with two inmates. Arun assists me to have my breakfast and lunch. Vernon helps me with bath. My two inmates help out during supper, in washing my clothes and  give massage to my knee joints. They are from very poor families.

Please remember my inmates and my colleagues in your prayers.

Despite all odds, humanity is bubbling in Taloja prison.

I deeply appreciate the overwhelming solidarity expressed by many people around the world, in these 100 days in prison.Sometimes the news of so much solidarity has given me immense strength and courage, especially when the only certain thing in prison is uncertainty. Another source of strength in these last hundred days has been to observe the difficult situation of the other prisoners awaiting trial. Most of them come from economically and socially disadvantaged communities. Many of these poor people do not even know what charges have been brought against them and have never seen their indictment. They remain in prison for years, without any legal assistance. Overall, almost all prisoners are forced to live with the bare necessities, rich or poor. This condition creates a sense of brotherhood and solidarity in the community of prisoners: one learns that it is possible to support one another in spite of adversity. We 16 co-defendants cannot meet because we are housed in different prisons or in different departments within the same prison. But we will continue to raise our voices in the future . A caged bird can still sing.

“What is happening to me is not something unique, happening to me alone. It is a broader process that is taking place all over the country. We are all aware how prominent intellectuals, lawyers, writers, poets, activists, student leaders – they are all put in jail just because they have expressed their dissent… I am ready to pay the price whatever may it be”

In Conversation with Father Stan Swamy (2017) by Lokayat

I Won’t Be A Silent Spectator, I Am Ready To Pay The Price by Karwan e Mohabbat 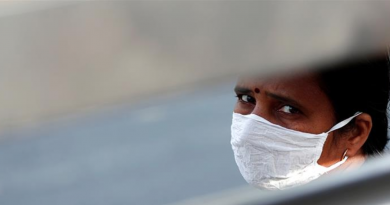 Govt Must Supply Basic Essentials To All: Activists 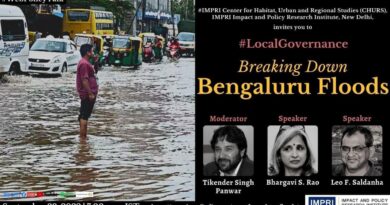