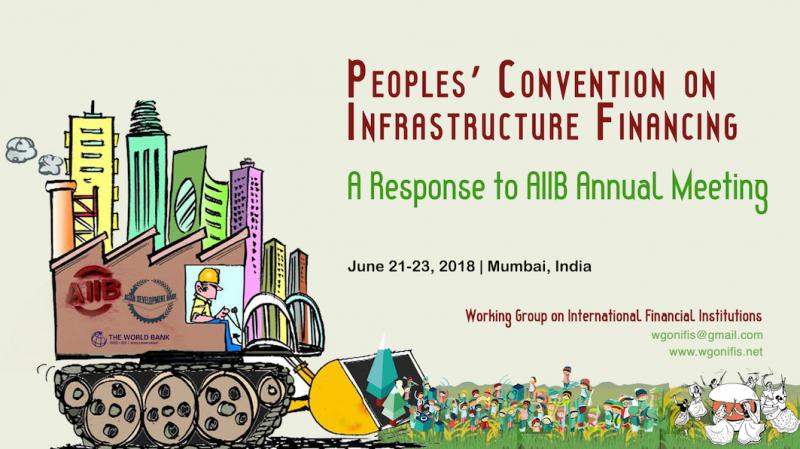 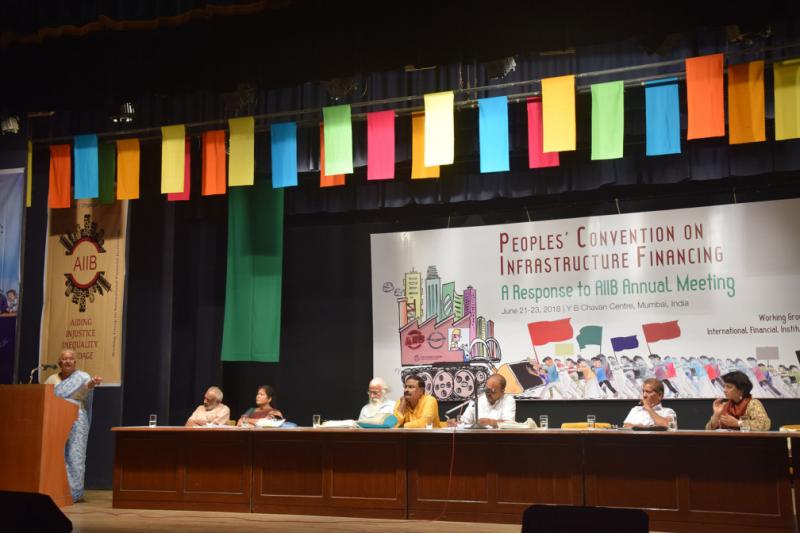 Mumbai, June 23: “The international financial institutions like AIIB (Asia Infrastructure and Investment Bank) must function in a deeply democratic manner respectful of national sovereignty, or else be shut down for they constitute a threat to the nation’s economic and political security. These financial institutions are harbingers and promoters of the neo-liberal reforms responsible for the hijacking of the democracy itself; regressive changes to environmental, labour, land, accountability laws; promoting privatisation and cartelisation; and burdening every citizen with huge debt, and destruction of minimal welfare measures.”

This was unanimously conveyed by over 1000 delegates from 200 organisations who gathered from all over India at the three day Peoples’ Convention on Infrastructure Financing, organised in the backdrop of the forthcoming AIIB Annual General Body meeting hosted by India in Mumbai. The Convention debated, discussed and challenged in 20 parallel workshops, the functioning of the international financial institutions and complicity of the Indian ruling and political class in pushing big and unnecessary hyper inflated infrastructure projects like industrial corridors, bharatmala, sagarmala, bullet trains, smart cities and others. 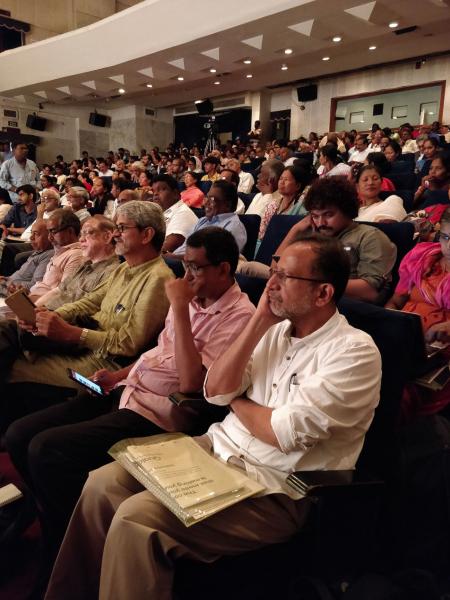 In the political resolution adopted at the end of the Convention delegates resolved to challenge the undemocratic and economically unsound functioning of IFIs including AIIB, World Bank, IFC and others. The Convention also resolved to push for people-centered alternatives in all sectors of the economy, and to advance an inclusive model of development in which finance and infrastructure support the vulnerable and the poor communities, instead of supporting primitive accumulation of natural resources and maximising the profits of the multinational corporations and global elite further contributing to the increased inequality in the society.

Delegates vowed to return to their communities to build massive resistance to the ongoing destruction of the environment and livelihoods of the poor and the working classes, and to work to create decent jobs, promote sustainable farming, equitable access to public services, advancement of the entrepreneurial skills of artisanal and natural resource dependent communities, and of labour-intensive small and medium enterprises. The Convention reasserted its belief in democratic decision-making and the advancement of cooperative federalism as a method of resisting the prevailing hegemony of undemocratic and unaccountable financial institutions such as the AIIB. 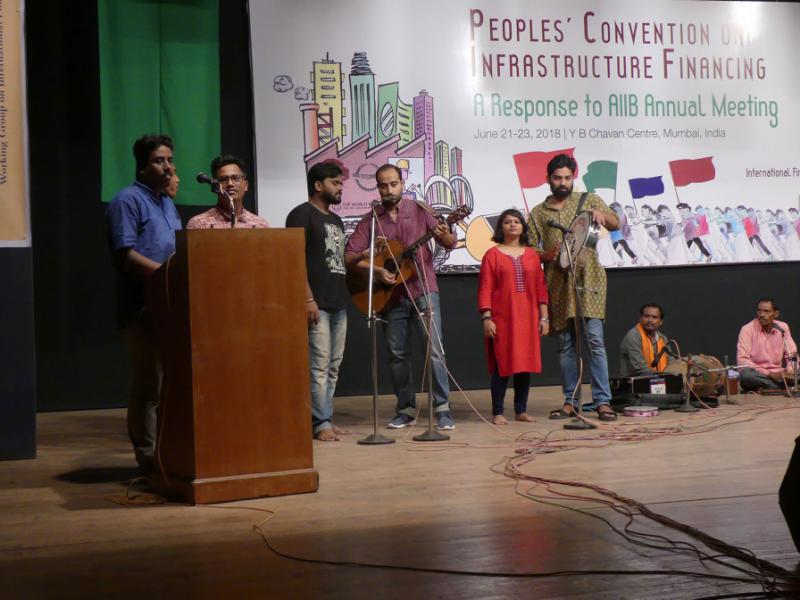 Speaking to the media, prominent activist and Goldman Environment Awardee Prafulla Samantra said,“The Peoples’ Convention is further strengthening our strategies and vision to oppose and reject international finance which does not confine to the democratic principles and causing immense and irreversible damage to people, depriving of their livelihood and snatching away their resources and causing damage to environment, accelerating climate change”. 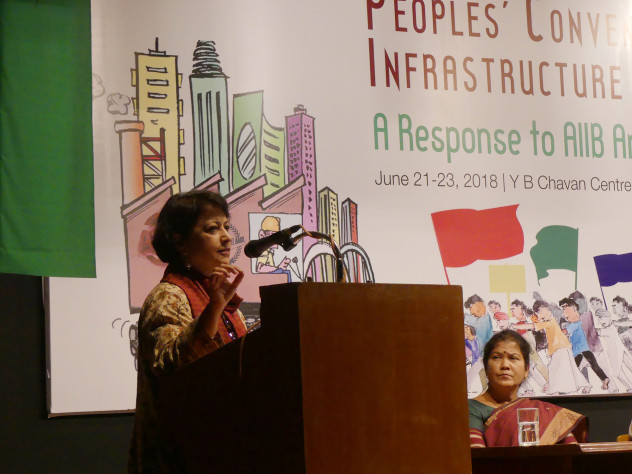 “Financial institutions have declared a war on people, land, water and coasts. Workers rights are sacrificed at the altar of development. We are left with no option than to reject and oppose this onslaught by the financial institutions, both national and international” said Jesu Rethinam of National Fishworkers Forum. 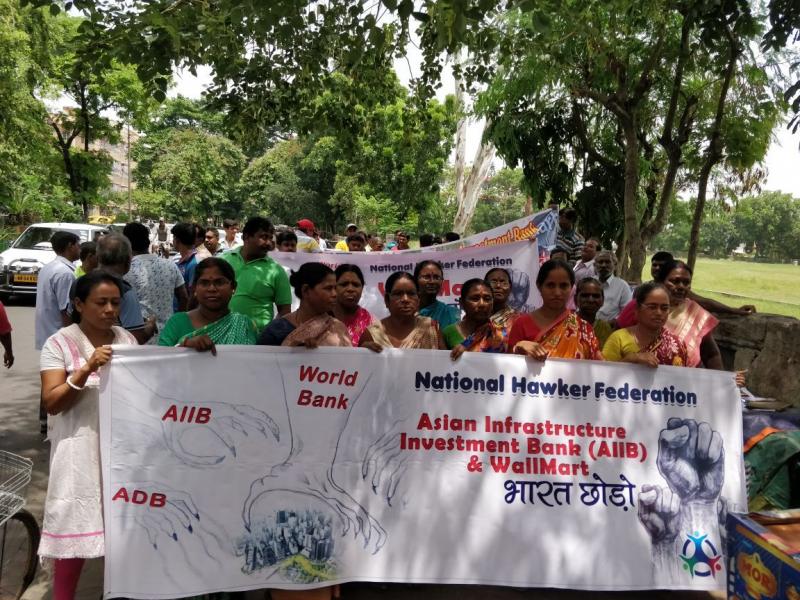 Asian Infrastructure Investment Bank, the two-year-old multilateral bank, is investing in all major sectors, including energy, without robust policies on environmental-social safeguards, transparent public disclosure and an accountability/complaint handling mechanism. Out of the total 24 projects, it has financed, USD 4.4 billion has already been approved. India is the biggest recipient from AIIB with more than 1.2 billion USD supporting about six projects including Transmission lines, Capital City Development at Amravati, rural roads etc. with another 1 billion USD in proposed projects. 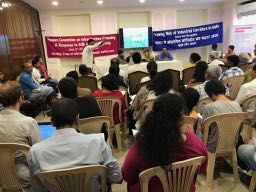 WGonIFIs, a network of movements, organisations and individuals to critically look at and evaluate the policies, programmes and investments of various International Finance Institutions (IFIs), and joining the celebration of the people and communities across the world in resisting them. A list of the network is available here.

Last year, when the Asian Development Bank completed 50 years, the WGonIFIs observed it by holding actions of protests in over 140 locations spread in over 21 states in India against the investment policies of ADB and other International Financial Institutions. 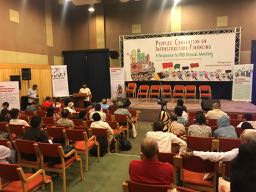 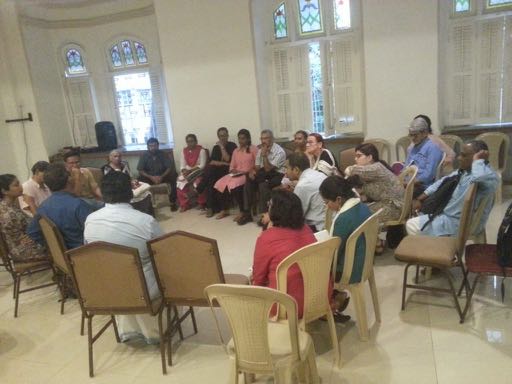