The Meitei Indigenous Peoples of the Loktak Wetland Region in Manipur, India have lived in floating huts phumshangs on Loktak and also around it for centuries, harvesting fish in the most ecologically respectful manner. They have supported food security of the region by supplying fish and aquatic vegetables to the surrounding regions and the greater Manipur area. Their distinctive livelihoods are based on deep reverence and respect for nature, which they protect in every aspect of their life. However, in recent years this community has been facing systematic threats from continuing their traditional lives and livelihoods that are intertwined with this ecologically sensitive and biodiversity rich wetland.

The most recent threat to this culturally rich and ecologically wise living is in the form of “An Integrated Plan for Wise Use, Loktak, Manipur, July 2020” prepared by Wetlands International’s South Asia office (WISA) and Manipur Government’s Loktak Development Authority (LDA). The entire exercise of developing this plan has been conducted in utter secrecy, thus blatantly violating the Principle of Free, Prior and Informed Consent which is a foundational feature of the UN Declaration on the Rights of Indigenous Peoples (UNDRIP) as also the Ramsar Convention.

Protesting such brazen attacks on their rights, on World Wetlands Day 2021 (the theme this year is “Water, Wetlands and Life”), the Indigenous Peoples of Loktak area launched a petition demanding the withdrawal of WISA’s ‘wise use’ plan. This petition has received over 1600 endorsements from communities living in and around the Loktak Wetland Region, environmental and social justice organisations from within Manipur and across India (including from the Coalition for Environmental Justice in India), and also from leading academics and researchers from India and abroad.  [The petition, endorsees and comments received are accessible here (updated till 3rd March 2021), and also online at: http://chng.it/FZXJkW55.]

Destructive Development promoted by LDA and other agencies:

The projects proposed by LDA include connecting 9 villages around Loktak with motor boats. In addition, LDA with endorsement from the State’s Tourism Department has proposed the Loktak Lake Eco-Tourism Project which includes the building of a golf course, an artificial beach with wave machines, boardwalks all around, waterways, etc.  The launching of motor boats, and perhaps ferries with carrying capacity of 50 to 100 persons will comprehensively impact the lake’s ecosystem, destroying the lake’s phumdis, and delivering an irreversible body blow to traditional fishery upon which thousands of families depend for their livelihoods and sustenance. Local fishers who live in and around the lake do so with extraordinary sensitivity, and use only ecologically friendly dugout canoes .  As of now, the fishers  absolutely do not allow motor boats inside their territory as they destroy their fishing gears, fishing areas and pollute and disrupt the serenity of this sensitive wetland. Rather than work with such communities and support their traditional knowledge and wise use of this amazing wetland, LDA has repeatedly attacked these communities, including by burning their floating huts, terrorising them with police action and calling them ‘occupiers’. It is deeply troubling that Wetlands International has supported an agency that does not respect the local communities’ fundamental rights and ecologically wise ways of living.

Another Home for Sangai Deer at Pumlen wetlands area:

The issue with Pumlen wetland protest by the locals is based on claims that they were not consulted in the entire initial process of drafting the proposal to declare a conservation reserve and to relocate a small population of the Sangai, one of the rarest and critically endangered mammals in the world as described by the IUCN (World Conservation Union), at the Pumlen Wetland area. The consent of the local community was not taken in deciding upon the same. The locals would have happily consent to accepting a pair or few pairs of the iconic animal at Pumlen in contributing to the global concern on saving threatened species of wildlife.

However, the method applied by the State in deciding upon a project without taking into confidence the local people is the basis upon which the locals of Pumlen wetland are strongly objecting to the proposal. On this World Wildlife Day, the villagers of Arong Nongmaikhong and other villages in the Pumlen wetland area reiterate that the community is committed to the protection and conservation of the Sangai if the State is willing to endorse commitment of giving full responsibility to the local people as managers and administrators of a community reserve that takes care of a highly threatened wild animal, one of the last remaining sub-species of the Thamin family in the entire world. 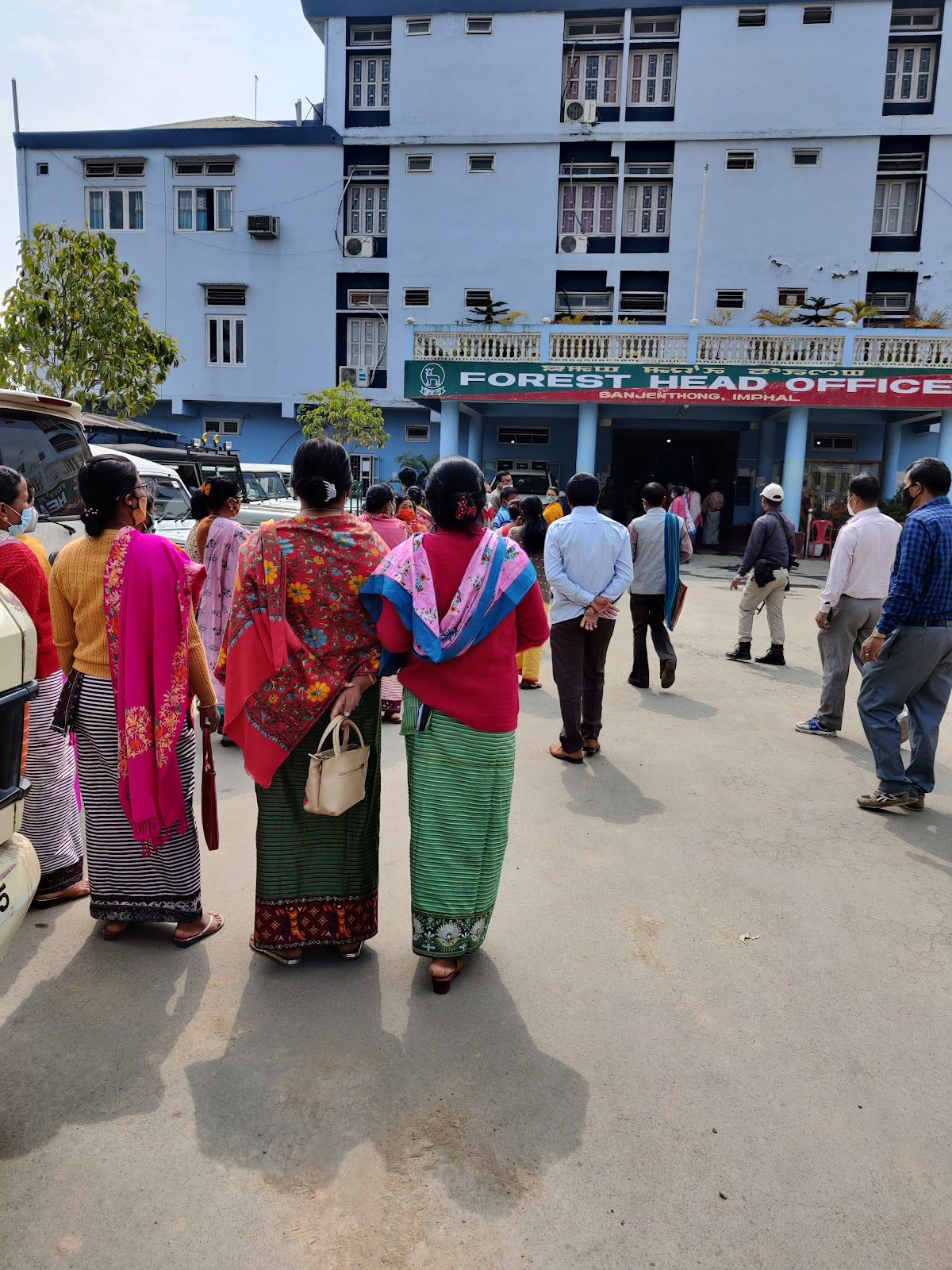 On 27th February 2021, the Chief Wildlife Warden of Manipur and representatives of Wildlife Institute of India (WII) organised a meeting in Imphal, 70 kms from Pumlen, on a proposal to develop another sanctuary for Sangai (brow antlered deer) – a major wetland of the Loktak region that supports thousands of fishing families. The WII and Forest Department’s proposal too was developed without any information to local communities and their representatives. The letter sent to Salam Joy, Secretary of Pumlen Pat Khoidum Lamjao Kanba Apunba Lup, by the Office of the Principal Chief Conservator of Forests (Wildlife) can be read here. Salam Joy’s response to the PCCF’s letter can be viewed here. 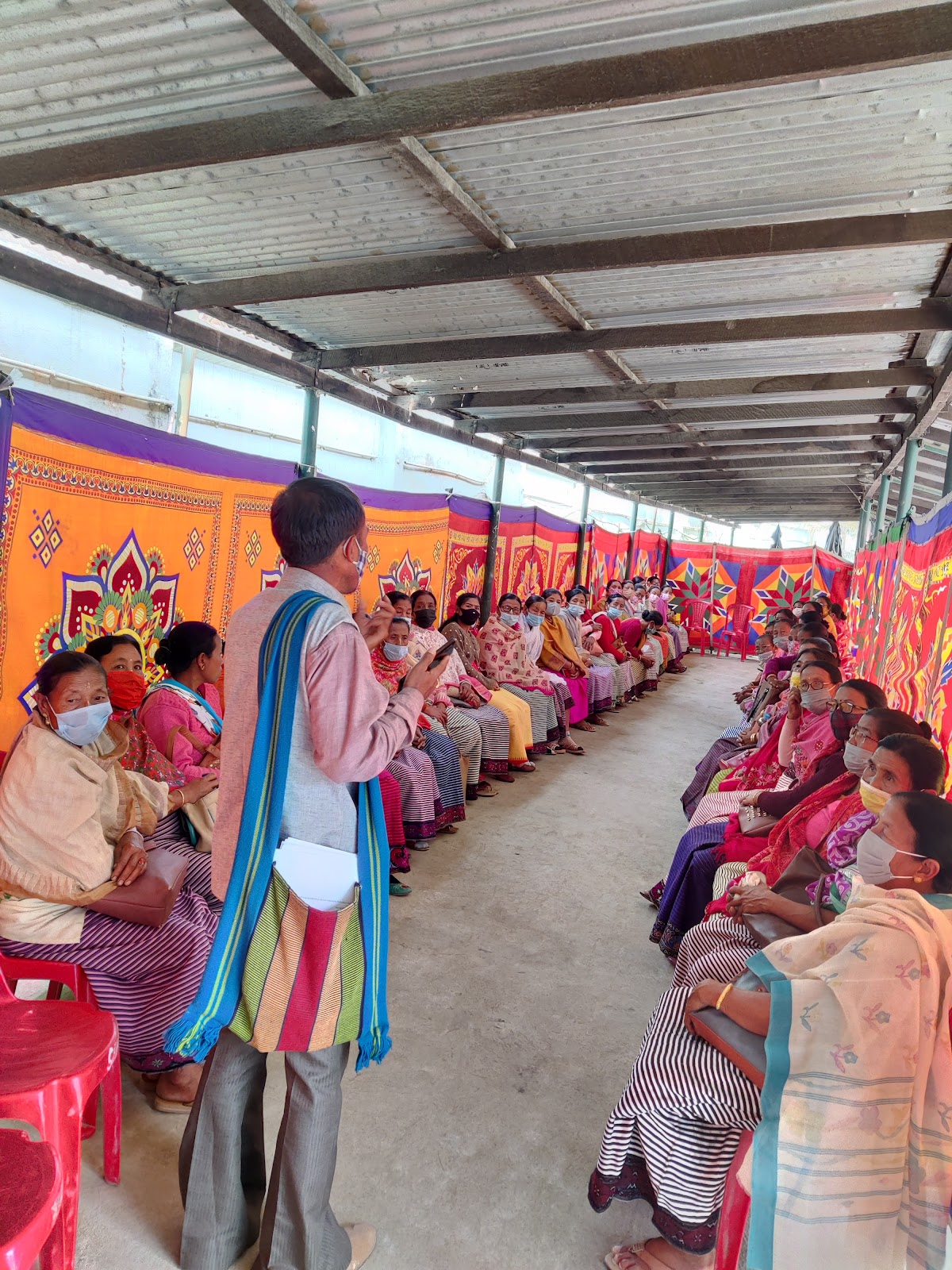 Over 100 constituents of fishers’ organizations from around Pumlen, and other villages of the regions made the arduous trip to Imphal to attend this meeting.  But the Forest Department treated them with utmost indignity, disallowing most of them to participate in the proceedings. The fishing families’s community representatives have condemned such treatment and have resolved to reject the proposal to build a Community Reserve for Sangai in the Pumlen Pat area. In this representation they have insisted that the Forest Department must work with the local communities to protect the biodiversity of the region, and not use draconian laws that will displace the Indigenous People who have protected this wetland region for centuries. The proceedings of the meeting can be read here.

Representations to the PM, UN Secretary General and other dignitaries:

Ngamee Lup and Environment Support Group have on behalf of local communities submitted representations to the Prime Minister of India, UN Secretary General, Secretary General of the Ramsar Convention, Union Environment Minister of India, Chief Minister of Manipur and other dignitaries, drawing their attention to this situation and the likelihood that widespread human rights abuse would follow. The representations seek their immediate intervention to protect the Indigenous Peoples of the Loktak Wetland Region, and to also take steps to ensure they continue living undisturbed by draconian State action or ill-thought developments in the Loktak region.  Similarly, in a representation to Wetlands International, the withdrawal of “An Integrated Plan for Wise Use, Loktak, Manipur, July 2020” prepared by WISA and LDA has been demanded. 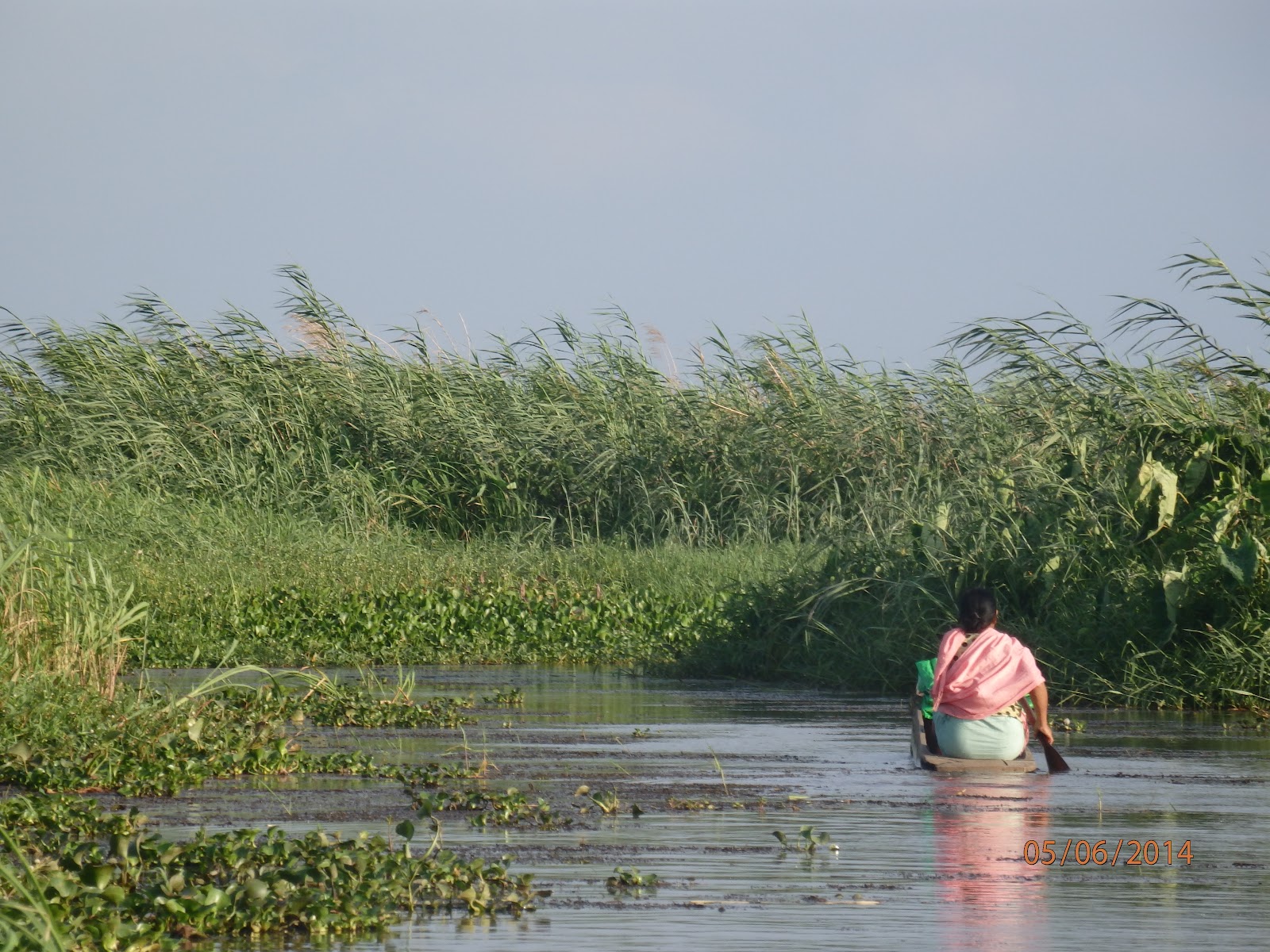 On the International World Wildlife Day 2021, the theme for which is “Forests and Livelihoods: Sustaining People and Planet”, it is sincerely hoped that protecting ecologically sensitive areas, biodiversity, and natural resource dependent people, particularly Indigenous Peoples, is genuinely understood as interrelated. Working with Indigenous and natural resources dependent communities is the only way forward in saving sensitive ecosystems from catastrophic consequences of maldevelopment.

1. Ngamee Lup is a federation of small scale fishers unions from the Loktak and surrounding wetlands.

2. Environment Support Group is a not for profit policy research and advocacy organisation working for advancement of environmental and social justice.