Over the past two decades there has been a serious decline in the quality and number of lakes in the Bangalore urban region due to encroachment, pollution and neglect. The same situation exists across the State of Karnataka. This has resulted in a serious decline in access to water and has also affected food security, livelihoods and biodiversity potential of these wetland ecosystems.

In an effort to protect these lakes, the Government of Karnataka set up the Lake Development Authority (LDA) mandating it with the task of conserving these water bodies as they form a critical support system for extending water security, especially in urban areas of Karnataka. However, weak regulation has allowed for widespread encroachment and pollution of lakes and their canal networks and this has resulted in a variety of environmental and public health impacts. In addition, various traditional rights and livelihoods have been snuffed out as a result of commoditisation and commercialisation of lakes.

To stem the degradation of lake habitats across Karnataka, ESG filed a PIL (WP No. 817/2008) in the High Court of Karnataka. The Court responded by constituting a Committee under Justice Mr. N. K. Patil of the High Court, to provide a series of recommendations and guidelines to protect, conserve, rehabilitate and wisely use lakes and their watersheds in the Bangalore region. In its final order in this PIL issued on 11th April 2012 (a copy of which was released subsequently on 31 August), the Karnataka High Court comprehensively accepted Justice N. K. Patil Committee’s findings and also directed that its recommendations will apply to all lakes in Karnataka and their canal networks (about 38,000). The Court also directed that State must make adequate budgetary allocations to support this effort and in compliance with this direction, the State Budget of 2012 has an allocation of Rs. 150 crores for lake rehabilitation and protection in Bangalore.

Taking into consideration the rather weak regulatory system now in place to protect and conserve lakes, the Court instructed the State Government to immediately constitute District Level Lake Protection Committees and an Apex Committee at the State level in consultation and collaboration with the Karnataka Legal Services Authority. The purpose of these Committees is to ensure that the High Court directives for wise use, appropriate rehabilitation, protection and conservation of lakes and their canal networks is strictly complied with. The Apex Committee has also been instructed to hear any appeals on violation of the Court’s directives and issue appropriate orders.

ESG believes that Karnataka High Court’s order is pioneering as it provides for a decentralised model of lake protection and conservation, and would go a long way in extending water and ecological security for present and future generations. The Karnataka Government is yet to constitute the Committees as directed by the Court.

Please refer to the booklet that ESG has put together on how the order may be used to protect, conserve and rehabilitate lakes and their canal networks across Karnataka along with a copy of the Court’s order and other relevant material.

The Guidelines developed by the Committee headed by Justice N. K. Patil have become binding on all efforts to conserve, protect and rehabilitate the lakes and raja kaluves (nee, Kannada: canals) of Karnataka and can be accessed at: http://esgindia.org/sites/default/files/resources/resources/patil-submission-and-report-1.zip 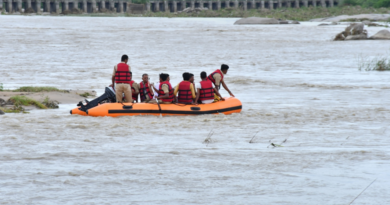 Fire, Foam, Now Floods! And Attention Is Back On Bengaluru’s Lakes!