12 October 2013
Downloads:
Release: Criminal proceedings against Monsanto back on track

In a significant ruling, Justice Mr. A. S. Pachhapure of the High Court of Karnataka dismissed on 11th October petitions that sought quashing of criminal prosecution of senior representatives of the University of Agricultural Sciences, Dharwar (UAS), M/s Mahyco/Monsanto and M/s Sathguru, who have been accused by the National Biodiversity Authority (NBA) and Karnataka State Biodiversity Board (KBB) of committing serious criminal acts of biopiracy in promoting B.t. Brinjal, India’s first food GMO. The petitions dismissed by the Court are those filed by University of Agricultural Sciences, Dharwar, Dr. R. R. Hanchinal, Vice Chancellor and Dr. H. S. Vijaykumar, Registrar of the University (CRL.P 10002/2013) and a connected petition (CRL.P 10003/2013) filed by former Vice Chancellor of the University Dr. S. A. Patil, who also served as Chairman, Karnataka Krishi Mission and Director, Indian Agricultural Research Institute, New Delhi.

It may be recalled that NBA and KBB had on 24th November 2012 filed the criminal complaint of biopiracy before the Principal Civil Judge and JFMC, Dharwar (in Criminal Complaint No. 579/2012) which was in response to various representations and complaints received from Environment Support Group. However, in response to the aforementioned petitions of the accused, Justice Mr. B. V. Pinto of the Karnataka High Court (Dharwar Bench) stayed the criminal proceedings on 3rd January 2013 for an unprecedented 6 months. Yesterday’s direction of the Karnataka High Court in dismissing these petitions results now in restoring the status of the criminal complaint before the JFMC Dharwar against the accused.

In February 2010, during the Bangalore Public Hearing organised by then Union Minister of State for Environment and Forests Mr. Jairam Ramesh on the question of according environmental clearance to B.t. Brinjal, India’s first food GMO, Environment Support Group had raised the contention that the entire process by which the proprietary product had been developed was in comprehensive violation of the Biological Diversity Act, 2002 and the Convention on Biological Diversity, 1992, and constituted an outrageous act of biopiracy of India’s endemic brinjal (eggplant) varieties. To substantiate this charge, ESG produced evidence that all the endemic varieties of brinjal that had been accessed by the UAS and Monsanto/Mahyco, with technical support from Sathguru and USAID, and the act of inserting the B.t. gene (a proprietary product of Monsanto), were undertaken without any consent of local Biodiversity Management Committees, the State Biodiversity Board and the National Biodiversity Authority. The Minister, however, chose to belittle these concerns.

Subsequently ESG petitioned Parliamentarians, and several of them took up the issue in the Lok Sabha and Rajya Sabha, forcing the Ministry to come clean on the issue. In a significant statement to the Parliament in September 2011, Mrs. Jayanti Natarajan who had taken over as Environment Minister confirmed that NBA would follow up on the complaint per law. However, there were enormous delays in initiating criminal prosecution, including efforts by several members of the Board of NBA to defeat the initiative by voting against the Minister’s decision, thus committing a serious breach of Parliamentary privilege. Soon after the Karnataka Government also slowed down the efforts of the KBB in stepping up with the investigation, by claiming it could not move on the issue independently.

This compelled ESG to initiate a comprehensive Public Interest Litigation before the Karnataka High Court (W.P. No. 41532/2012) seeking directions to compel the regulatory agencies to move against existing complaints of biopiracy, strengthen the regulatory processes to prevent any further acts of biopiracy, and also ensure that the Biological Diversity Act was implemented in its letter and spirit. The High Court issued notice on the regulatory agencies, and soon after NBA and KBB rushed to file the criminal complaint against the accused in the B.t. Brinjal biopiracy case. Even at this stage there were attempts by the Karnataka Government to thwart the filing of the criminal complaint by issuing transfer letters to the complaining officers. The complaint was nevertheless filed on 24th November 2012 as then Member Secretary of the KBB, Mr. K. S. Sugara, IFS, stood his ground and refused to relieve the complaining officers till the criminal complaint was filed in court.

With the Karnataka High Court now having dismissed the petitions challenging the criminal complaints, it is hoped that the Karnataka and Indian Governments will spare no effort in ensuring the criminal prosecution against biopiracy in B.t. Brinjal proceeds without any further hiccups. This is critical because it is for the very first time that India has sought to implement the provisions of the Biodiversity Act tackling biopiracy, and thus the effort constitutes a major precedent to secure India’s bioresources, associated traditional knowledge and biodiversity for the benefit of present and future generations. 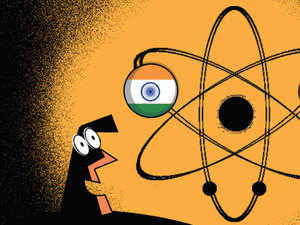 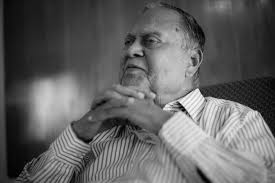