Navdanya, Environment Support Group, Centre for Financial Accountability, Focus on the Global South, Delhi Solidarity Group, Peoples Resource Centre in collaboration with Coalition for Environmental Justice in India invite you to this workshop to be held on Friday, 6th September 2019 at the Constitution Club, New Delhi from 10 am to 2:30 pm.

To register your participation, please fill in this form: https://forms.gle/fthBT3kCmZtAUAhA9 OR confirm your participation via email at anil@delhiforum.net or socialmedia@esgindia.org
OR call 9650015257 or 080-26713561

Green Revolution, a farming system based on inputs of chemicals and hybrid crops, was imposed on India in the 1960s. This was facilitated by the World Bank, Rockefeller and Ford Foundations, and US AID. 50 years later, it is clear its impacts have been disastrous in several aspects. Punjab has been devastated in multiple ways. Across India, rich agrobiodiversity has been lost, soils have been degraded, and a water emergency has resulted due to the extractive farming model Green Revolution promoted.

In 2002, GMO Bt cotton was granted commercial approval to legalise large scale illegal field trials. Despite aggressive promotion of this technology and claims of its success, hard official data proves that Bt cotton has clearly failed; it has trapped farmers in debt and as the straw that breaks the camel’s back, is implicated in farmer suicides. Over 320,000 farmers have committed suicide – most suicides are amongst Bt cotton farmers. Furthermore, there has been 10 years of illegal large-scale planting of Monsanto’s herbicide tolerant (HT) roundup cotton across several States without any move by the Regulators to stop it. Is this a prelude to legalising yet another GMO and this time, an HT crop?

The case of the illegal planting of planting Bt brinjal in various parts of India is even more serious as it blatantly violates a Central Government moratorium imposed on its commercial release. Brinjal is a widely-grown and popular vegetable. India has the world’s greatest genetic diversity in brinjal with over 2,500 varieties including wild varieties. Bt brinjal threatens this brinjal diversity through irreversible contamination. The push for GMOs in Indian agriculture signals the intent of the biotech industry to gain access to our incredible germplasm. Monsanto/Mahyco are currently facing serious criminal charges of bio-piracy for illegally accessing indigenous varieties of brinjal and converting them to proprietary Bt Brinjal.

The looming threat to Indian farming, fueled by neo-liberal policies of globalisation, is the increasing control of our agriculture by global agri-business corporations aggressively promoting the western model of ‘industrial’ agriculture based on chemicals, monoculture farming and GMOs. ‘Industrial’ agri and GMOs are being officially promoted on the claim that they are necessary to feed India. In this context, the recent statement in this Union Budget (2019) by the Finance Minister promoting a meaningless nomenclature called ‘Zero Budget Farming’, is at best perplexing, but more troubling, an ominous reference to Industrial/GMO agriculture as propounded by the Niti Aayog.

But hunger is driven by poverty, a lack of purchasing power by people and control over land, water and natural resources.  “Famine is rarely caused by food shortages”.  America with its patented seeds, GMOs, vast monocultures and heavily subsidised agriculture (that allows them to undercut prices of poor farmers in third world countries), is not feeding the world. For the third straight year, U.N. agencies have documented rising levels of severe hunger in the world, affecting 820 million people.  During the same period, there is a global grains glut, with surplus agricultural commodities piled up outside grain silos rotting for want of buyers. Every fourth Indian and every second Indian child is malnourished. India ranks 103rd of the 119 countries in the Global Hunger Index and the largest number of malnourished children in the world are in India. Obviously, growing more grain is not reducing global hunger.

On the other hand, there is consensus of opinion by International Agencies, every UN report and the ‘The IAASTD Report’ (The International Assessment of Agricultural Knowledge, Science and Technology for Development, 2008), to which India is a signatory,that the solution to food and nutritional security is through agro-ecological sustainable models of agriculture.  The focus on farmers is a viable alternative and moral imperative to the focus on genotypes. “More than 70 percent of the food consumed in developing countries” (the FAO puts this figure at 80%), “where hunger is pervasive, is grown in those countries, the majority of it by small-scale farmers. Those farmers are the main people doing the feeding now. And they’re only using 30 percent of agricultural resources to do it. (That means industrial agriculture is using 70 percent of the resources to feed 30 percent of the population.)”. And the evidence for agroecology to show full potential to deliver sustainable food systems comes from 3 studies in Brazil, Senegal and India..

Pointedly, genetic engineering IS NOT NEEDED as Non-GMOs, traditional plant breeding, & newer and better methods continue to “outperform GE hands down”. What we need is a dramatic transition to agroecology as an emergency response to climate change and persisting vicious cycles of hunger, farming stress and poverty. This demands serious government financing and scaling–up to make the transition as quickly as possible, because food systems are in crises.

The just released global scientific review (February 2019), reveals that greatly plummeting insects’ numbers may lead to extinction of 40% of the insect population over the next few decades, threatening a global collapse of ecosystems.  The main drivers include industrial scale, intensive agriculture and the reliance on pesticides and fertilisers. Furthermore, it is now also known that agro-ecological systems of farming, preserving forests and with agro-forestry, will help the very urgent work required in the now reduced 1.5°Celsius pathways, to sequester carbon by natural means, by removing CO2 from the atmosphere, a key objective to mitigate climate change.

Thus, the evidence clearly establishes that CR Agroecology is a well-established international and scientific paradigm of agriculture that protects nature, farmers and peoples for all times and its foundations are in India.  ‘An Agricultural Testament’, the classic written by Albert Howard in 1940, acknowledges this fact. Indian peasants have been the Professors spreading Agroecology globally.

As peoples’ movements and pro-farmer networks, we are committed to securing our biodiversity, seed sovereignty and biosecurity, and in the process secure the interests of farmers and consumers in an inter-generational sense. This is essential to creating an India that is free of hunger and suicides, chemicals and poisons. Agroecology is the way forward. We will relentlessly engage with Government to ensure this objective — creating that secure country, which is not in conflict with humanity and nature.

We look forward to meeting you all! 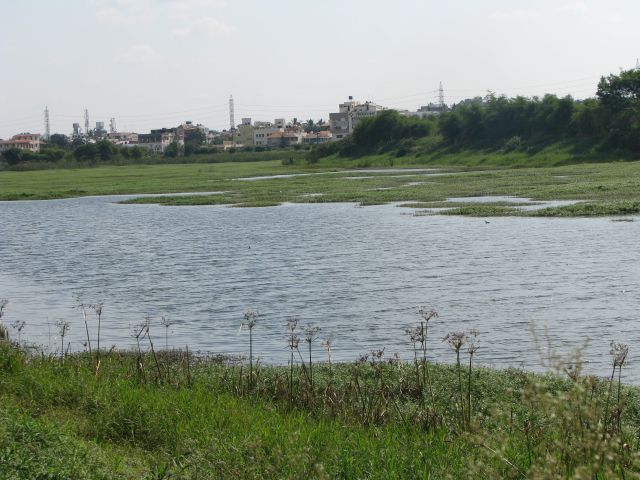 Conservation Of Lakes And Water Bodies Across Karnataka

A Brief Study Of Street Vendors In The City Of Bengaluru