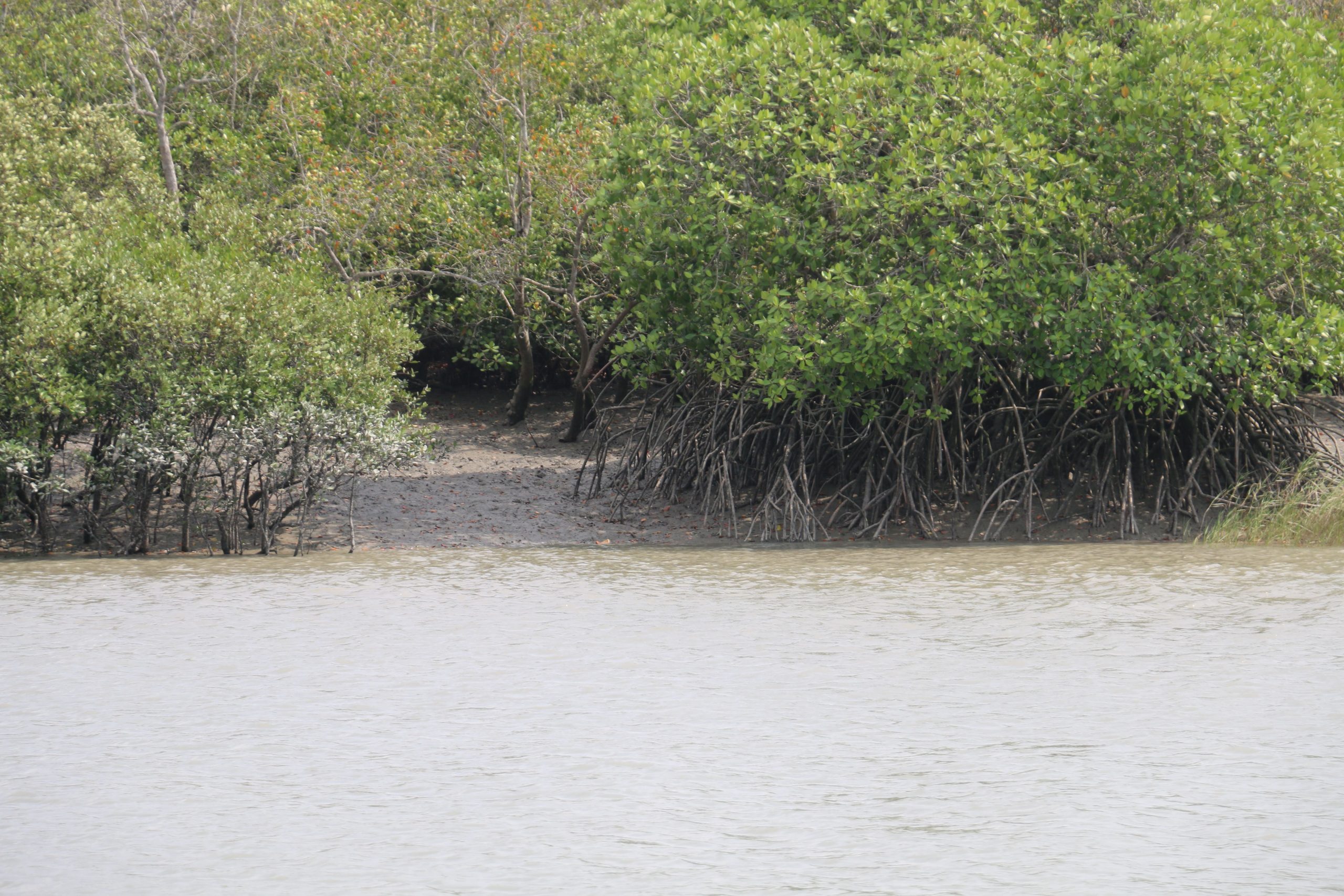 World Water Day: ‘High time to increase sewage treating capacity’
Speaking at the first of a nine-part webinar series, titled ‘Bengaluru’s Climate Action Plan: Making it participatory and inclusive’, by the Environment Support Group, which was launched on Monday on the occasion of World Water Day, Srinivasulu, member secretary, KSPCB, said it is high time to increase the sewage treating capacity since treated water is a resource that can bring about several positive changes.

Such unprecedented efforts by Bengaluru are welcome. We now hope that the steps conceptualised and mainstreamed would be based on a deeply democratic mechanism, as is embedded in the Rio Declaration, in particular Article 10. This is especially important since the effects of climate change, ecological degradation and environmental pollution being felt in the city are impacting all sections of the populace, and the poor and vulnerable face the worst of it.

Every resident of Bengaluru is aware of the city’s depleting groundwater, disappearing lakes, traffic choked roads,deteriorating air quality, massive decline in green cover, widespread heat island effects, flooded streets and neighbourhoods and a marked increase in lifestyle disorders in all sections of the population. Meanwhile, the massive and unplanned expansion of the IT/BT, real estate, fast-moving consumer goods, hospitality and health sectors has benefited the wealthier sections of society, while the working classes and urban poor, who constitute the majority of the population, suffer from enormous economic and social setbacks. This presents a scenario that the metropolis is far from ready in meeting the emerging challenges posed by climate change.

Further, the challenges posed by increasing migration due to failures of regional planning, such as those empowering farming communities to transition towards ecologically sustainable and economically viable agriculture has resulted in the creation of unsustainable mega cities across India. The adverse environmental impacts of the water, energy, material and infrastructure demands of such megacities is now being felt regionally. The woeful condition of Delhi’s air and its terrible public health consequences is highly instructive. Bengaluru’s climate action is an opportunity to front stage  a participatory and ecologically sound and socially just approach towards making the city climate resilient.

On the occasion of International World Water Day, we are commencing a webinar series to discuss and debate what it takes for Bangalore to become a climate friendly metropolis. In this webinar series we aim to engage with multiple thematic issues, concerns and imaginaries of leading officials of various agencies whose functioning impacts the city, with subject matter experts, youth, representatives of various sectors and residents from diverse sections of the city. In coming together this way, the steps necessary for effective and just waste management, provisioning adequate water and safe housing for all, ensuring universal public health and public mobility, providing infrastructure that is inclusive and energy that is earth friendly, will be interrogated and solutions indicated. In the process we hope to construct an assemblage of visions of Namma city and how the metropolis can survive with its limited resources for the benefit of present and future generations and the good of the world.

Bruhat Bengaluru Mahanagara Palike (BBMP – Bengaluru’s civic body) has decided to take action under the Paris Climate Agreement. What does it take to make the city carbon neutral? What are the social and environmental justice concerns that ought to be central to such a shift?  To kick off our webinar series exploring pathways for a climate-friendly Bengaluru, we have invited leading administrators, elected representatives, media and youth network representatives to introspect on what the city’s climate plans must contain so that the challenges of decarbonisation are met equitably and justly, learning (and unlearning) from efforts at carbon neutrality from the North. Following this inaugural session, each of the webinars will interrogate sectoral issues and concerns so a collective conception could evolve for making Bengaluru climate-friendly, and thus set an example for other metros of India and elsewhere

Week 2 : Public Health, Sanitation and Waste Management: Is a Decentralised Approach the Way Out?

One of the first challenges that climate planning throws up is: how to deal with climate change and its impacts? Is decentralisation of governance the most optimal way out? Public health, sanitation and waste management sectors are intricately linked in not only ensuring all are healthy, but that the toxic impacts of our living are not a burden for future generations.  It has been argued time and again that centralised response strategies are resource heavy and cause societal dysfunctionality, and the way forward is to ensure ward-level governance becomes real in every way, especially in securing public health and sanitation for all. The question is if this will help tackle the impacts of sanitation and waste burdens on public and ecological health, and if there are clear methods to decarbonise waste management whilst ensuring social justice is fundamental, particularly of workers handling waste.  There also are “climate solutions” that need to be interrogated, such as incineration-based waste-to-energy which is being aggressively promoted as a solution.

Bengaluru’s insatiable demand for water has not only exhausted its replenishable ground water reserves, and overdrawn its share of the Cauvery, but now plans are afoot to  extract water from the far away Sharavathi river. Meanwhile, the acute financialization of land sans rigorous and democratic land use planning has resulted in lakes and other water commons that once sustained the city’s water needs being cannibalised. Most lakes are comprehensively polluted and substantially encroached, and biodiversity loss in wetlands has been substantial in the past decade alone. Water that flows into the city is of drinking water quality, and water sent out is so polluted that farmers fall sick and food grown in them is contaminated, and supplied back to the city. The supply and distribution of drinking water is reflective of socio-economic disparities, with the working classes and urban poor having to invest heavily (in terms of money and time) to secure a few buckets of water, whilst private swimming pools are increasingly common. Efforts to promote rainwater harvesting have not taken off as intended and the question looming large is how the metropolis can survive by its prevailing high energy extraction of water from deep down under and far away rivers as the population tips closer to the 2 crore mark. Adapting Bengaluru to the changing climate–with its implications on varying rainfall patterns and thus on groundwater availability–thus requires concerted efforts towards building water security.

Week 4: Food for Thought: Towards an environmentally sustainable and socially just food system

Feeding 1.3 crore (13 million) people in the Bengaluru metropolitan area every day takes a lot of effort, energy, land, water and complex logistics. From a time when the city was growing and sourcing almost all its foods from the local region and backyard gardens, rising wealth and associated consumer capacity has resulted in high carbon and environmental footprint foods being fetched from far away, even from across the world. The metropolitan region now contributes far less food production than before, even as its expansion strains rural areas closeby in sustaining farming. Wealth disparities are reflected in who consumes what, and the poor and the working classes are amongst the least nourished with healthy and sufficient food. As the footprint of downstream pollution spreads, so does the contamination of water and soil. What will it take for everyone in the metropolis to return to consuming food that is healthy, locally grown and environmentally sustainable?  Will this objective transform how Bengaluru shifts gears to becoming climate friendly, and thus also supportive of local farmers and reduce transport of food from outside? Will Bengaluru be able to grow more on its terraces, front and backyards, canals, parks and more community farms? Will this mean more food will also be available to all?

Where one lives and how, defines access to sufficient and qualitatively rich space, and resilience to climate change impacts. Encroachment of public commons, be they streets, parks and open spaces, even forests and lakes, is deteriorating quality of life, especially for the poor. The loss of greenery across the metropolis has been catastrophic. Livelihoods associated with public spaces, say of street vendors, are threatened increasingly, while an evolving urban aesthetic fails to comprehend urban forests and controversially turns them into tree parks. Densely crowded, polluted, non-inclusive and stress-inducing concretised spaces are making neighbourhoods increasingly vulnerable to various impacts of climate change such as flooding and the ‘heat island’ effect. How, into the future, can the metropolis secure biodiversity rich, healthy and economically viable spaces for all?

As India aims to transition away from fossil fuels with ambitious plans to invest in renewable energy, especially in solar power, massive tracts of farmland and commons are being converted into mega solar parks. Would it be possible to imagine a metropolis that can produce its own energy, at low cost, through decentralised systems such as ‘white roofing’ (rooftop solar) and ‘pedal power’, thus saving precious farmland and commons elsewhere to secure present and future generations? Can the city revamp its built environment, turn to open architecture and net zero energy buildings, so energy dependency is massively reduced? Can the energy so freed up make energy accessible for all?

Everyone pays a very high price for mobility in Bengaluru. Incredible traffic snarls cost precious time, money, infrastructure and public health, and substantially erode the ‘salubrious’ quality of the metropolis.  With an astonishing 0.8 to 1 vehicle to population ratio, Bengaluru metropolitan area is amongst the most fossil fuel dependent urban spaces globally. Air quality is significantly deteriorating, resulting in severe health impacts, especially for the poor and marginalised. The pandemic has worsened the situation by increasing dependence on private vehicular use, as Bengaluru Metro witnesses substantial slide in ridership and Bengaluru’s Bus receives no additional investment. Walking and cycling, major modes of travel in the city till the 1990s, are now seeing a revival, though inadequate infrastructure and safety pushes public interest off the road to make space for even more cars and motorbikes. This is causing road widening and expansion of road networks, displacing and disrupting inner-city and peri-urban populations, destroying tens of villages in the hinterland. So what does it take to make it possible for anyone to walk, cycle or take public transport from anywhere to anywhere else? How does Bengaluru get off its high dependency on private vehicular use, make way for non motorised transport and minimise vehicular pollution? Is a transition to electric vehicles the answer?

A city with inequitable urbanisation and unplanned infrastructure development aggravates vulnerabilities and increases cost of living, especially of the urban poor. This is evident in the expensive Bengaluru Metro, travel in which is unaffordable to a majority of the population. Global experiences indicate cities cannot build their way out of congestion. Yet, we witness increasing promotion of highly carbon intensive and extractive models of transport corridors as solutions: flyovers, elevated corridors, peripheral roads and expressways. The ‘smart city’ projects have skewed relationships between intent and impact, with massive investments being made in gentrified neighbourhoods to the neglect of most other areas of the metropolis. Meanwhile, investments in essential social, education and health infrastructure remain stagnant, and are even declining. Would turning planning and development into deeply democratic and decentralised processes and promoting self-sufficient neighbourhoods be the answer to reducing the carbon footprint of the metropolis and adapting Bengaluru to climate change impacts?

Based on these series of conversations, which are indicative of the nature of issues that must be deeply considered to ensure that Bengaluru is climate friendly, Environment Support Group would compile the outcomes and represent them to leading representatives of the city and state governments, and key opinion leaders and experts. The outcome of this final session would include voices from all sector and sections of the city that will assist the city in developing its Climate Action Plan to benefit present and future generations, in an intergenerational perspective, and inspired by Vasudaiva Kutumbakam.