A workshop on Lake Conservation was organised by the Karnataka Tank Conservation and Development Authority (KTCDA) – Chitradurga in collaboration with Deputy Commissioner – Chitradurga, District Level Lake Protection Committee – Chitradurga and Environment Support Group at Ta Ra Su Chitramandira, Chitradurga on 9th March 2022.  This capacity building workshop was organised to benefit officials from various departments at the district level and for elected representatives from local governments and community representatives of water users associations, on how to enforce judicial orders, government orders and various laws relating to protection, conservation and rehabilitation of tank/lakes, ponds, raja kaluves, and such other water commons.

This workshop is in continuation of state wide capacity building initiatives which ESG began in collaboration with Karnataka State Legal Services Authority (KSLSA).  In October 2021, ESG conducted a series of  virtual legal awareness workshops on lake protection and conservation which witnessed the participation of officials from all 31 Districts of the state. The Chitradurga workshop was in continuation of such awareness building initiatives, focusing on  High Court of Karnataka’s directions in WP 817/2008 (Environment Support Group and ors. Vs. State of Karnataka and ors.) c/w WP 38401/2014 (Citizens Action Group and ors. Vs. State of Karnataka and ors.) which require ground up efforts for protection, conservation and rehabilitation of lakes, ponds, wells, kuntes,  kaluves, and such other water commons.

Deccan Herald’s Bengaluru 2040 summit brought together some of the most influential policymakers, corporate titans, entrepreneurs, activists and celebrities to discuss the Way Forward for the city of Bengaluru. The summit was inaugurated by Chief Minister of Karnataka Basavaraj Bommai.  In the first panel discussion, Prof. T V Ramachandra of Centre for Ecological Sciences, Indian Institute of Science, Disha Ravi of Fridays for the Future, and Leo Saldanha, ESG discuss how the Karnataka Chief Minister Basavaraj Bommai’s imagination of Bengaluru needs thorough public debate & discussion. Panellists questioned the need of the Mekedatu project, suggesting far more economically and ecologically appropriate options exist, which will also ensure the metropolis will have a sustainable future besides being an inclusive city.  A Bengaluru equitably supporting all people, one everyone’s voice finds resonance in decision making is what will help “bring back the birds to Bengaluru”, the panellists suggested.

Video and other reports of this summit are accessible here. 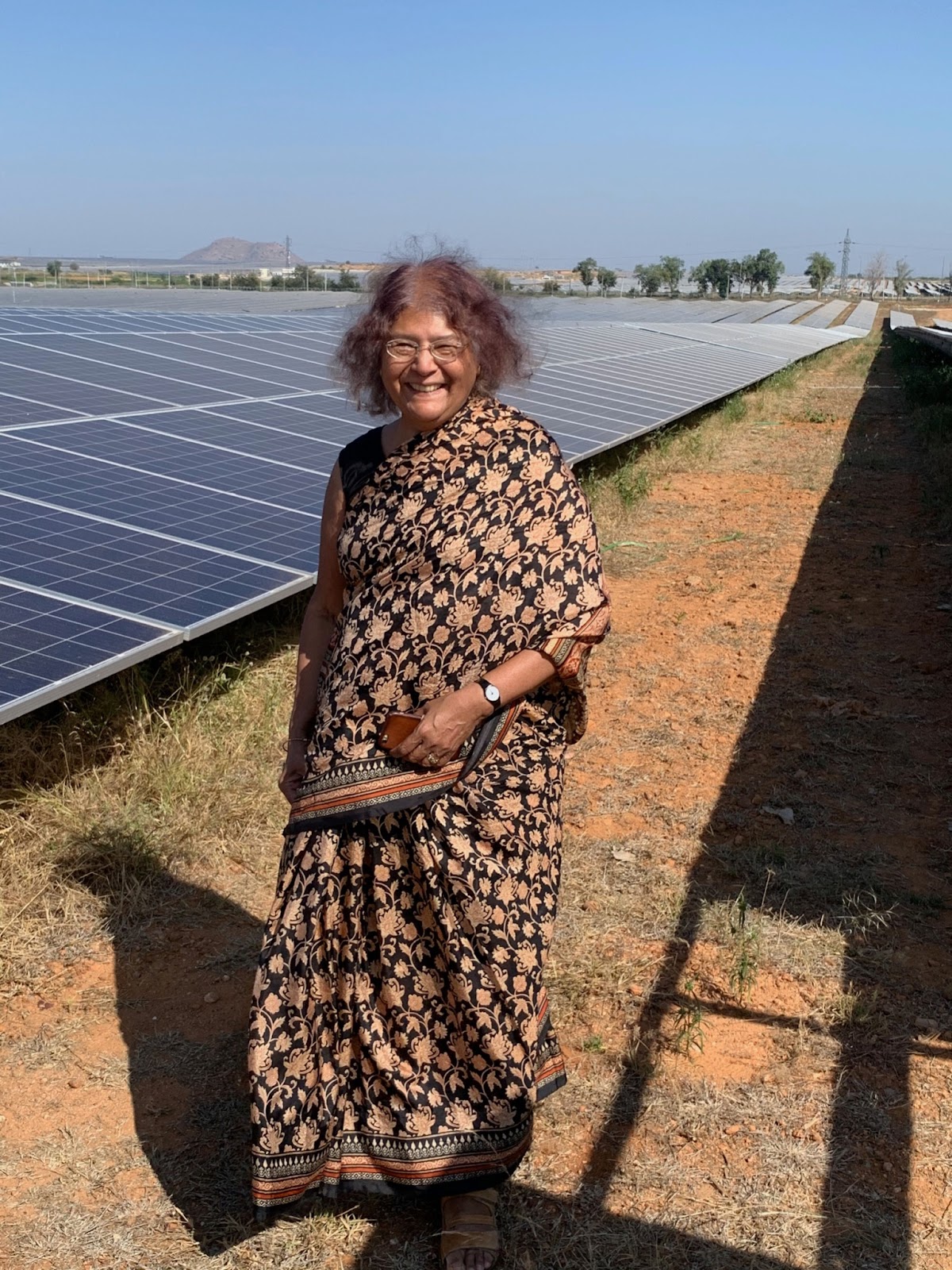 We are delighted to share that Sheila Jasanoff, Pforzheimer Professor of Science and Technology Studies (STS) at the John F. Kennedy School of Government, Harvard University will receive the 2022 Holberg Prize. Over a span of four decades, Prof. Jasanoff has come to be regarded as a pioneer in the field of STS, which examines  the relationship between scientific knowledge, technological systems, and society. ESG is actively involved in the Governance of Socio-Technical Transformation project (GoST) with Prof. Jasanoff.

As the world commemorated Women’s Day on March 8th this year, there is a critical need to take it beyond a mere ritual. The first National Woman’s Day was observed in the United States way back in 1909 when the Socialist Party of America dedicated it in honour of the 1908 garment workers’ strike in New York when women protested against harsh working conditions. Yet, to this day, glaring gender disparities exist across the world.  A Rapid Assessment Survey on the socioeconomic impacts of Covid 19 conducted by the UN Women shows women suffered the brunt of pandemic induced job losses.

The theme for this year’s Women’s Day observance is “Gender equality today for a sustainable tomorrow” in recognition and celebration of women and girls who are leading the charge on climate change adaptation and response. UN Women has emphasised the need for women to be at the heart of the climate struggle. For which women need to be core to decision making processes as they bring unique knowledge and experience to the table. Women’s participation in decision making also assures better resource management and conservation outcomes.  A 2019 study found increasing women’s representation in national parliaments results in adoption of more stringent climate change policies, resulting in lower emissions.

In this context, Bhargavi S Rao, Trustee at ESG, elaborates in her paper ‘Gender and Energy’ that fixing the gender gap is fundamental to ensuring equitable distribution and use of energy. This, she argues, will help India achieve COP 26 goals better and also help ensure renewable energy is environmentally and socially just.

“ …..it is important to make women central to decision making on energy. It is imperative that we address challenges of not just switching to renewables and reducing carbon emissions, but also deeply considering ways to ensure energy needs, access, and distribution is gender sensitive. Renewable energy is not completely carbon neutral, as the mining of lithium, cobalt, copper, iron ore, aluminium, limestone and nickel will increase over time, to manufacture photovoltaic panels and wind turbines –they will have a very heavy environmental and social footprint.

…..It must become a norm to ensure at least 50% women participate at all levels of decision making – village and urban governments, corporates, government agencies, etc.”

Meanwhile, a shocking report by Survival International exposes the struggles and injustices faced by Adivasi women in defending their land against large corporations and Governments mining schemes. A year ago, Adivasi and anti-mining activist Hidme Markam was bundled into a police jeep (without any warrant) while she was participating in  an International Women’s Day event in Chhattisgarh. She languishes in jail even as no charges have been proven.

Impacts of the War

As the Russian attack on Ukraine continues, refugees and internally displaced civilians are in critical need of humanitarian assistance.  The carnage of bombing has taken out civilian infrastructure – including homes, schools, hospitals and water and gas pipelines. The OCHA Ukraine: Humanitarian Report details the current scenario. Meanwhile, various organisations across the world have issued an open letter in solidarity with Ukraine and recognises the long term environmental and social impacts of the war. The environmental impacts of the war include air, ground, and water pollution and the spread of nuclear radiation as the conflict has spread into Chernobyl and Zaporizhzhia nuclear plant. The letter demands, amongst other things, that:

“ Russia to end immediately the targeting of and fighting near nuclear and chemical installations that pose extraordinary risks of long-term, widespread, or severe damage to human health and the environment, both within and beyond Ukraine.”

The war is also a reminder for the urgent need for stringent international control necessary in the use of thermobaric, cluster and nuclear weapons, owing to the brutality and highest dangers arising from the use of these inhuman tools of mass destruction.

Arctic Circle nations indefinitely put a pause on the Council activities in response to the war. Russia is part of the Arctic circle, a geo-political group of eight nations that worked towards common sustainable and economic goals in the Arctic ocean. Over the years, the council has negotiated legally binding agreements on search and rescue efforts, oil pollution responses, and scientific research activities in the Arctic. Scientists express concern as an extended pause on Arctic Council activities could be a major interruption to the research and conservation efforts. Thawing Arctic permafrost, a growing concern for Arctic communities and climate scientists alike, and other important environmental issues require continued dialogue between Russia and other Arctic nations.

“ Whereas the ultimate consequences of global heating could occur within a century, including temperature polarities such as heat waves and cooling of large ocean regions by ice melt flow from Antarctica and Greenland ice sheets (Gikson 2019), a nuclear war on the scale of the MAD (Mutual Assured Destruction) can erupt on a time scale of minutes …”

As indigenous Communities in Ecuador mourned the passing of Sabino Gualinga, a community leader who fought to preserve the Amazon forest for many decades now, thousands of people of Brazil took to the streets in its capital to protest five bills proposed by the Brazilian Congress proposed to further weaken regulatory controls for allowing commercial mining, easing environmental licensing of projects and liberalising pesticide use, encouraging  illegal logging, all of which jeopardise indegenous peoples rights over forests and land. This comes at a time when increasing rates of deforestation of the Amazon rainforest are significantly contributing to climate change that experts say is fast approaching its “tipping point” – a point when forests lose their ability to bounce back and regenerate. Such a situation is catastrophic for the world as the rainforest is a storehouse of between 90 and 140 billion metric tons of carbon.

Renewable Energy transitions: Are they green at all?

At COP 26 Prime Minister Narendra Modi committed to bring India to attain net zero carbon emissions by 2070. But there has been no rationale to this claim, nor have there been any clear plans on how this will be achieved. In stark contrast, Maharashtra Environment Minister Aditya Thackery has announced plans to make Mumbai South Asia’s first city to detail out a plan to attain such zero Carbon emissions.

March 14th marked the International Day of Actions for Rivers, a unique campaign dedicated to indigenous communities striving to protect and preserve their rivers from a range of destructive anthropogenic activities. South Asia Network on Dams, Rivers and People (SANDRP) highlights how hydro electric projects are dangerous to both the river eco system and the riverine communities and term them “false climate solutions” that actually result in widespread loss of lives, livelihoods and biodiversity, leading to dry lower reaches of rivers and a death spell for a variety of aquatic and semi aquatic life.

Jaggi Vasudev aka Sadhguru has been campaigning to grow trees all over the banks of Cauvery to save the river, which has drawn widespread criticism from social scientists, ecologists, environmentalists and media persons.  Now he has set out on a world tour to ‘Save Soil’, which has brought him on The Daily Show curated by Trevor Noah. Dr. Prakash Kashwan of the University of Connecticut in a series of tweets condemned Noah for uncritically providing Vasudev the world stage in The Daily Show, as The Quint discusses.

Criticism gathers over the  Karnataka High Court’s 15 March 2022 Full Bench order on what has been termed as the Hijab case.  The Court held wearing hijab is not an essential practice of Muslims and that “Prescription of school dress code to the exclusion of hijab, bhagwa, or any other apparel symbolic of religion can be a step forward in the direction of emancipation and more particularly, to the access to education.”  But the five young Muslim women who asserted their right to education and religious practice equally, and went to Court against the Government of Karnataka’s order banning the wearing of hijab in school/college, ask “Is uniform more important than our education?”

The Principal Bench of the Karnataka High Court has also held that no public protest can be allowed anywhere in Bangalore except in the designated “Freedom” park. Considering that the metropolis of over 14 million and spread over 1000 sq. kms. is also the Capital of the State, begs the question if Courts can determine the place of protests in a deeply political society where cries for freedom and deepening democracy are resoundingly heard from just about every corner and community? 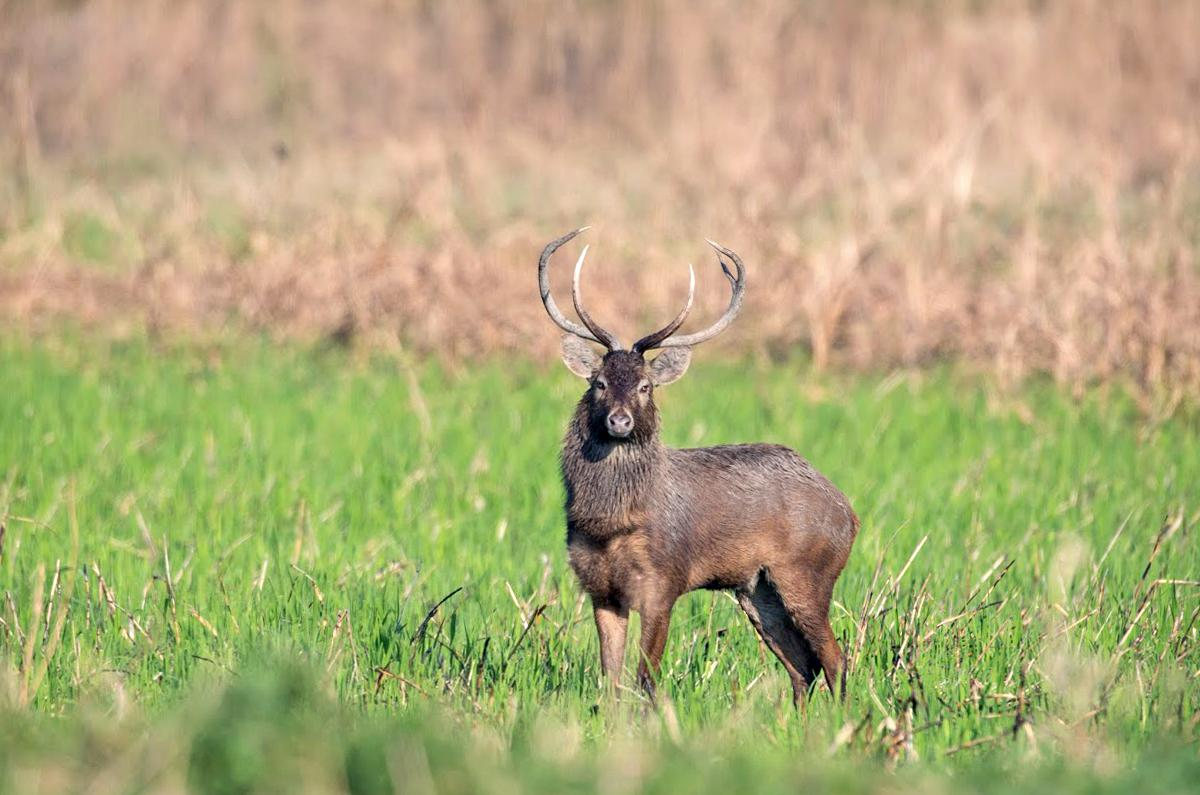 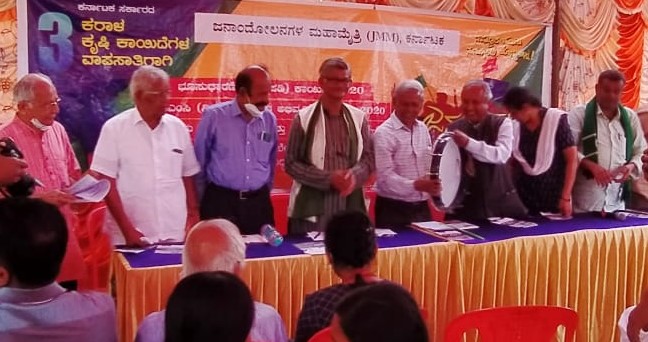 ESG is Hiring a Lawyer/Legal Researcher

Environment Support Group(ESG) is keen to hire a lawyer motivated to work on complex environmental justice issues. The right candidate would be keen to work with local communities, and comfortable interacting with various levels of the government and the judiciary, and also willing to engage in policy research and capacity building projects.

The job requires working out of the ESG office in Bangalore, with willingness to travel to meet with communities we work with and to be part of field studies.  High level of competence in articulation (both speaking and writing) is essential in English, and spoken/reading in Kannada, Hindi and any of the schedule languages is a significant advantage.  The position requires commitment to work with ESG for at least two years.

Those who qualify are requested to send their detailed CV (with at least one reference) to < opportunities@esgindia.org > with the subject marked: Application for Lawyer/Legal Researcher position