The Ministry of Environment, Forest and Climate Change of India recently issued a consultation paper proposing a set of amendments to the Forest (Conservation) Act, 1980, inviting public comments until November 1. These amendments focus on promoting private forestry and exempting it from the scope of forest clearance altogether. This, instead of making the forest clearance process more effective and strengthening the power of the Gram Sabha under constitutional and statutory provisions, including the Forest Rights Act, to grant consent for forest diversion.

These are moves that had already been criticised when they were proposed under the TSR Subramanian Committee Report on reforming forest and environmental laws in 2014, and also under the Draft National Forest Policy 2018. Parliamentary Standing Committees came out with detailed reports that rejected the TSR Subramanian Report and the draft policy.

The Coalition for Environmental Justice in India and a broad array of environmental and community rights activists had also rejected both the Report and the draft Policy. CEJI again categorically demands that the MOEFCC withdraw the proposed amendments. We invite you to join us in this demand by signing this petition. 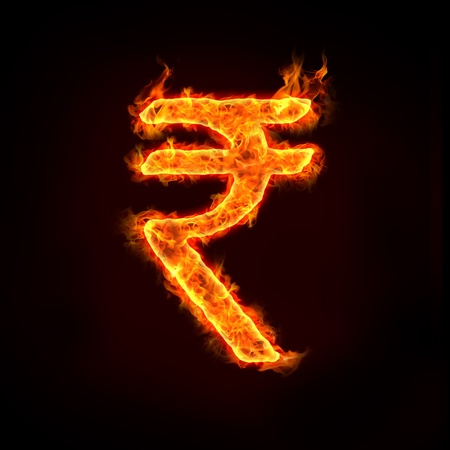 This Diwali Don’t Burn Your Money, instead help ESG do more to advance environmental and social justice.

Leo F. Saldanha of ESG will join The Federal’s Webinar on “Climate change on one side & local eco-damage on the other, time is running out for India”. The discussion will be webcast live on Youtube from 6.00 PM on Saturday, 30 Oct 2021.

Environment Support Group is also pleased to invite you to Making Imphal an Environmentally Just City of North East India: Focus on Sustainable and Just Solid Waste Management Strategies. This is the first session in a 3-part workshop being conducted across India with support from Break Free From Plastic. The session will be conducted in Meitei and English and will be attended by representatives of local waste worker unions, fishing unions, student unions, local administrators, and NGOs. This is the latest in ESG’s longstanding efforts to work with communities in different parts of the country to address the challenges posed by waste mismanagement to environmental and public health and to use these as an opportunity to promote decentralized and democratic urban governance. Join the session to hear from local representatives about the unique context of Imphal, followed by a discussion by ESG on how it has promoted progressive solutions to tackling waste in Karnataka over the last two decades.

The workshop was organised from 25 Oct to 28 Oct 2021 for members of the Apex Lake Protection Committee and administrators of Bangalore Division, Kalaburagi Division, Belgaum Division and Mysore Division. The sessions were attended by Commissioners, Deputy Commissioners, Assistant Commissioners, CEOs of the Zilla Panchayats, Commissioners of Municipal and Town Councils, Deputy Conservator of Forests, Executive Engineers, Irrigation Department Engineers, Environment Officers of the State Pollution Control Board, Member Secretaries of the District Legal Services Authorities, Commissioners of Urban Development Authorities of Municipal Councils, Commissioners of BDA, and District Water Resource Officers from across all the districts of Karnataka. The first session was graced by the presence of the Member Secretary, KSLSA, Shri H. Shashidhara Shetty.

The ESG Team briefed the invitees and participants of this workshop on the historical and cultural richness of the irrigation tanks/lakes of Karnataka, their biodiversity, ecological and environmental values, and the implication of the directions of the Hon’ble High Court of Karnataka in WP 817/2008, particularly the operationalisation of District, Municipal Corporation, Municipal Council and Apex (State) Lake Protection Committees. The end of every session saw excellent interaction from the participants who shared their experiences and concerns surrounding lake protection in their respective regions.

IPCC has warned that we have already forced past the tipping point and are now well on the way to face the catastrophic consequences of 2.5C increase in temperature.

The United Nations Environment Programme UNEP released ‘The Emissions Gap Report 2021’ which predicts the global temperature rise at 2.7°C above pre industrial levels by the end of this century even after considering the new and updated Nationally Determined Contributions (NDC) and mitigation pledges submitted in advance of the COP26. An increasing number of countries are committing to ‘net-zero’ pledges, although the necessary policies of achieving it are not clear. Even if ‘net zero’ targets are met by the committed parties, the global temperature rise is predicted at about 2.2°C by the end of the century.

Meanwhile, Ministers from 24 nations in the developing world have opposed the call of the COP26 host to cut their emissions to ‘net zero’ by 2050. The countries, including India, China and Saudi Arabia, accused the rich nations of going ‘against climate justice’ by failing to address their historic responsibility for causing climate change and shifting the burden on developing economies.

The Lancet Countdown points to a direct relationship between infectious disease transmission and climate change. The potential for viral outbreaks is most seen in developed countries, with dangers of malaria and bacterial growth predicted in Northern Europe and USA.

Break free from Plastic, a global campaign started in 2016 against plastic pollution, recently released it’s fourth brand audit report holding major corporations of the world accountable for unmitigated plastic pollution across the globe and the climate crisis. The report pointedly states that “we have less than nine years to halve global carbon emissions if we have any chance to limit catastrophic climate change. The time is now for corporate polluters to radically transform their business models and embrace climate justice”.

It continues to be deeply disconcerting that  big corporations continue to propagate false green solutions like “energy recovery initiatives” which involve incineration of plastic waste. A Global Alliance for Incinerator Alternatives (GAIA) study reports that over a quarter of nations are not taking up the matter of reducing waste as an integral part of their climate action plans. Unless more countries commit to reducing plastic and other waste, achieving the global 1.5o target will never be possible.

The dire need for better energy transition policies is commonly mistaken as a demand for renewable  energy. Countries such as India cannot immediately transition to renewable energy, for it would shake up energy security and also strip millions of coal workers of their jobs. An interesting article by Lou Del Bello explaining how Asian Development Bank plans to buy out and retire coal plants.

Suicides among agricultural labourers have increased by 18% in India in 2020 as compared to 2019. While Maharashtra continues to report the maximum number of farmer deaths, Karnataka reported a horrific 43% increase in the number of farmer suicides. Shockingly, 10,677 people engaged in the farming sector died by suicide in 2020. This indicates that the Government of India is just not doing anything right for farmers, as is also indicative by how it has treated farm law protests.

Another cause for concern in Indian agriculture are reports of recall of GMO contaminated candy bars across Europe by Mars Wrigley on grounds that it is linked to GMO contaminated rice flour that allegedly originated in India. While the Ministry of Commerce has denied any link to India, it is a fact that several GMO rice varieties have been approved for confined trials in India. Farmers and activists have always raised worries about cross contamination of rice varieties as they not only can jeopardise public health, but also adversely affect India’s annual rice exports worth ₹65,000 crore.

On the international front, there is positive news for the agricultural sector comes from Mexico, where the country’s highest court has refused to overturn a precautionary injunction on growing GM corn. Over a 100 appeals to overturn the injunction have been rejected, and the Mexican government has also withdrawn its support for GMO. While the case is yet to be heard, and there is as yet no definitive ban on GM corn, the injunction brings much needed protection to farmers and to native varieties of corn, in the meanwhile.

In the case of Mohan Lal Sharma vs Union of India regarding the Pegasus spyware, the Supreme Court observed at the beginning of the judgment that the petitions raise an “Orwellian Concern” of surveillance. The Chief Justice of India NV Ramana said that the allegations need to be examined as they are a threat to right to privacy and freedom of speech, has a potential chilling effect on the entire citizenry, and possibility of involvement of foreign agencies in the surveillance of citizens. The Court has ordered the constitution of an expert committee to probe into the issue.