Having lived in peri-urban Bangalore for a major part of my life, I have become accustomed to the quiet and dark nights of the r-urban. Not for me the bustling night life of the city, except on occasion but I have gotten accustomed to waking up to the busyness of the early morning birdcalls.
Residents of Indiranagar are now up in arms against the frenetic commercialization of their once-quiet residential neighbourhoods. Over the past decade, residential properties were sold in a hurry, taking advantage of the mixed use categorization promoted through the 2015 Comprehensive Development Plan. Thereafter, those properties who benefited from increased Floor Area Ratio, as they were within 150 metres of the Metro line, sold out to benefit from increased land values. Earlier this year, zonal regulations were further relaxed to allow buildings within a kilometer of the metro alignment to densify and yet allocate less parking space – just one car space for built-up area of 75 sq. metre. Bangalore Metro is now pushing a Transit Oriented Development policy (which is not in its legal domain at all) with which it proposes to increase FAR to 5!

The logic of such shifts in land use policy is quite straightforward. Increase revenue from land, and hope that along Metro corridors people will stop using private transport. But as we know quite well now, be it Delhi or Bangalore, people with cars are all too happy with increased road space, and so car sales didn’t go down at all.

Air pollution, in fact, has gone up substantially. At a neighbourhood level too many cars has meant no space to park, leave alone space to walk or cycle. The result? Serious conflicts. This ain’t just the story of Indiranagar folks. It is just about the same in every other upmarket commercial/residential mixed use neighbourhoods – Koramangala, Jayanagar, Malleshwaram.

They had it coming when they embraced increased FAR (phenomenal increase in property values) and drummed up support for Metro like transit systems. There were other possibilities to move people in the city, such as with bus rapid transit systems, which would have cost several times less and yet helped many more commute, that too in highly accessible and affordable ways. With proper re-engineering of roads, not just in ‘tender sure’ favourite neighbourhoods, but of the entire city, folks could have walked and cycled everywhere, thus making car and bike use unnecessary, and more than a bit of nuisance. Just about any cable guy or corporator is more privileged today to dig up our roads at will, while the rest of us suffer – as though our tolerance is super-elastic.

As land gets intensely financialized, along come glocal financiers very willing to take advantage of far higher rates of return on investment that Bangalore extends. The money poured into snazzy shopping arcades, pubs and dance clubs, and just about anything that has been allowed to come up – which is almost anything but a dirty industry, has been done without local community’s direct consent. Those who benefited from increased property values made a killing, but left a noisy and glitzy hell for those who choose to stay on. Add to this the choice of those who want an evening out, to unwind, and let their hair down, in Indiranagar say – they are unlikely to by relying on weak bus transport and Metro. So we have it all set up for conflict.

In several ways, this and other such neighbourhood conflicts are a direct outcome of how we ‘plan’ and redevelop our cities. Densification is welcome, as it makes cities more compact, less carbon-intensive, provided safe walking, cycling and public transport becomes the main mode of commute. And mixed use and densification can be done with care, taking into account open space needs, sanitation and water demands and also risks from fires and crime. Our planning laws demand all this is done, and democratically too through detailed discussions and negotiations, particularly with resident and interested populations. But in Bangalore’s case, be it in the formulation of the CDP or the building of the Metro, or even in amending Zonal Regulations, public consultations, if any, has been a ritual at best. Most decisions are illegally taken at Cabinet levels and by higher bureaucracies. It’s done with an assumption they know best for all of us. And given how our politics is heavily financialized, and corrupt, no politician and party in power will want to let go of the tremendous opportunities of benefiting from high value transactions that such land use changes cause.

In every sense, those who bought into these transformed areas and built new dreams and businesses, are as much victim of such crazy land use policies, as are old residents who hoped to live a life of peace and tranquility that they bought into long ago. Can this conundrum be resolved at all? Indeed, and the answer, surprisingly, lies in the 1992 Nagarpalika Act which mandates urban planning and redevelopment must be undertaken with ground up efforts, through Ward Committees. In Bangalore, and just about anywhere else in the country, this mandate has been grossly violated. True, Bangalore’s Ward Committees are stuttering to function, somewhat like an old BBMP garbage truck. But they can be made to work, to attend to conflicts that have now arisen in Indiranagar, say. Before they become an epidemic across the city, it’s time our bureaucrats and politicians got out of their comfort zones (Vikas and Vidhana Soudhas) and got their feet and hands dirty working with the aam janta, ground up and build durable solutions. It is only this way that we can ensure just outcomes to the prevailing conflicts resulting from what essentially are land use transformations that factor in only one gain: money. There is more to life than that.
(Leo F. Saldanha works with Environment Support Group, a not for profit initiative that addresses environmental and social justice concerns, particularly of vulnerable communities)”

This article was first published on Bangalore Mirror on 28 Nov 2019. 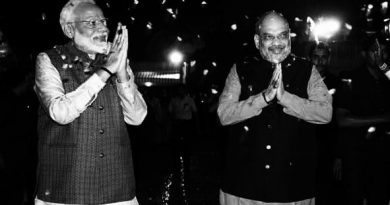 A Year In Retrospect: Modi 2.1 Is Environmentally Disastrous 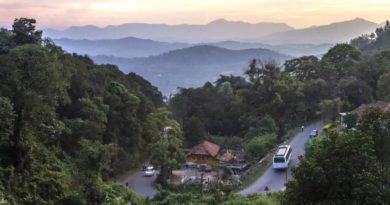