Eight year old PIL seeking to protect lakhs of trees and rights of thousands of urban residents, dismissed in minutes

The Principal Bench of the High Court of Karnataka constituted by Acting Chief Justice Mr. Subhro Kamal Mukherjee and Justice Mr. Ram Mohan Reddy dismissed today W.P. No, 7107/2008, a Public Interest Litigation filed by Environment Support Group and ors. challenging the widening of most roads in Bangalore as being in violation of urban planning norms and statutes. The Hon’ble Court dismissed the PIL holding the undersigned second petitioner has a private interest in the matter.

The PIL reached the stage of advancing final arguments before the Principal Bench of the Court today, several years after it was filed. Responding to a question from the Chief Justice about the nature of the case, the undersigned 2nd Petitioner submitted that the PIL challenged various orders of Bruhat Bengaluru Mahanagara Palike (BBMP) which is proposing to widen close to 400 roads in Bangalore. The Petitioner submitted that when the case was filed in 2008, BBMP had proposed to widen 91 roads, and the number of roads subsequently increased to 200, and as per recent media reports upto 400 roads are considered for widening now.

The Petitioner submitted that the widening was being undertaken in comprehensive violation of the mandatory provisions of Karnataka Town and Country Planning Act, 1961 (KTCP Act), in particular Sec. 14 A which required careful planning and public participation in formulation of such complex decisions with irreversible impacts. It was also submitted that the widening of the roads directly affected various rights including those of pedestrians, cyclists, street vendors and that it would render homeless lakhs of homeowners and destroy age old streetscapes that constitute a living heritage of Bangalore, especially in neighbourhoods that are several hundred years old.

The Court asked how accommodating free flow of traffic by widening roads can be presumed to be against the public interest. In response the Petitioner submitted that the public interest of free traffic flow would have to evolve out of compliance with the provisions of KTCP Act which demanded careful and democratic planning, and in conformance with various progressive norms and guidelines; all of which, the Petitioner submitted, had been flouted in the current proposal to widen roads which only looked to the interest of the motorists. It was also submitted that private property was being secured by aggressively promoting Transfer of Development Rights (TDR) scheme to secure land for widening, even though TDR is voluntary. In any case, the TDR scheme has been promoted even when the road widening proposals in no way conform with KTPC Act.

Expressing his view, Justice Ram Mohan Reddy said one cannot hold back development in Bangalore, though it was once known as a paradise for Pensioners. The Petitioner responded that his case was not against road widening per se, but that such widening must be determined through statutory processes, on consideration of all rights and in conformance with urban planning norms and standards.

The Bench asked what was the Petitioner’s interest in the matter. In response, the 2nd Petitioner submitted that he has come in the public interest. In the interest of full disclosure before the Court, he also said that his office happened to be on one of the roads that was proposed to be widened. At this point, Justice Mr. Ram Mohan Reddy said the Petitioner appears to have come with a private interest in a public interest matter. The Hon’ble Chief Justice echoed this view and stated there should not be any doubt of private interest in a public interest matter. The Petitioner pleaded with the Principal Bench that he has only come to advance public interest and in no manner whatsoever does he have any private interest in the case. He also submitted that it is coincidental that the organisation he works with, Environment Support Group, a non-profit Public Charitable Trust who is the first petitioner in the PIL, has its office now in a road proposed to be widened. That at the time of filing of the case the office of the 1st Petitioner – ESG was in a neighbourhood unaffected by any road widening project. In any case, the 1st Petitioner would move in case road widening affected its current office space which is rented. Thus, he fervently appealed to the Bench to consider his submission that in no way did he have any personal interest in the matter. The Counsel for the 1st and 3rd Petitioners also pleaded with the Court to reconsider its position to dismiss the PIL on such basis.

Disregarding these submissions, the Hon’ble Principal Bench of the Karnataka High Court dismissed the PIL holding that the 2nd Petitioner has a private interest, and directed the 2nd Petitioner to represent before relevant authorities his private issue with road widening, if any.

From the time the PIL was filed in 2008 before the Hon’ble High Court of Karnataka, various interim directions have been passed promoting values of progressive urbanisms and for authorities to demonstrate if such widening truly resolves the problem of traffic congestion. The locus standi of the 2nd Petitioner has never been disputed in the eight years when this case has been heard by the High Court, and over 45 preceding hearings. In this context, it is indeed very disappointing that the High Court has dismissed this PIL in the manner it has now. The Petitioners will pursue their public interest cause for securing justice and equity in this matter.

Environment Support Group, CIVIC Bangalore and various other groups have been advocating that road widening must be undertaken only if it is established beyond any reasonable doubt that it actually promotes free flow of traffic as also movement of pedestrians and cyclists in a safe and secure manner. It has been advocated that such projects as road widening fundamentally alter urban forms and have irreversible and regressive impacts on the economic, social and environmental attributes of a metropolis. Besides, they directly affect the Rights to Life, Livelihood, Clean Environment and housing, and must only be undertaken in consultation with local communities and after conforming with various urban planning and design norms as envisaged in the KTCP Act, Environment Protection Act, 1986 (EIA Notification 2006), Karnataka Preservation of Trees Act, 1976 and Street Vendors (Protection of Livelihoods and Regulation of Street Vending) Act, 2014, amongst others.

The effort has been to move cities like Bangalore to adopt progressive elements in National Urban Transport Policy which advocates movement of people of all classes, not only those who can afford cars. Roads, it has been argued, are the face of cities, are its public commons and equity in its use by all classes of people is critical to making a city functional. In order to secure the public interest of present and future generations, the advocacy has pushed for incentivising public transport and dis-incentivising the need for private transport – interventions that contribute tremendously to reduction in noise and air pollution (admitted as the largest cause for urban deaths today). Such methods would also protect and secure the rights of pedestrians and cyclists – who have no carbon foot-print whatsoever– to utilise roads equitably. The campaign has demanded sensitivity in planning and expanding roads, as several of the roads proposed for widening have been spaces of livelihoods for lakhs of street vendors for centuries. Besides, these roads are also lined with age-old trees, thus constituting a living heritage whose loss is irreplaceable. Road widening, as is now proposed by BBMP, does not comprehended any of these factors, and would result in a soul-less city, wrecking lives and livelihoods of lakhs of people.

Evidence from across the world has been produced in various fora to demonstrate that felling lakhs of trees to widen roads directly results in increase of temperature in the city due to formation of “heat islands”, creating, in turn, an increased demand for energy and water to cool down glass covered building that predominate the urban landscape today. Road widening invariably sharply increased road accidents, with children and senior citizens, pedestrians and cyclists being most vulnerable to death and injury. Comprehending all of these eventualities of road widening, most progressive cities of Asia, Africa and South America, several in Europe and some in North America, have all quickly abandoned street widening in favour of street functionality by diverse people. This way they have actually ensured economic vitality of cities is not destroyed (Eg. Seoul, Curitiba), and that their decisions are socially just (privileging cyclists, vendors and pedestrians over motorcar users, Eg. Amsterdam, Durban). Consequently, these cities have reshaped themselves into environmentally sustainable models of urban growth without allowing for devastation pollution causes, as is now the case with Delhi, Beijing and increasingly Bangalore too.

Counsel for 1st and 3rd Petitioners in 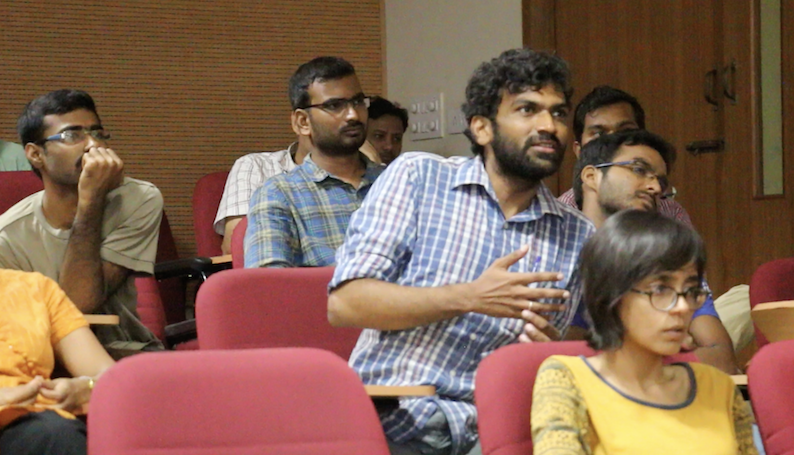 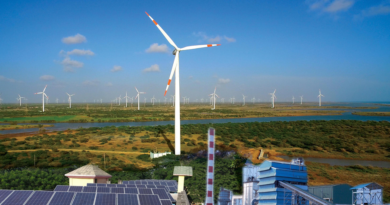 An Office Memorandum, A Committee, And Lack Of Clear Objectives Mark Women’s Empowerment By MNRE