Saving lakes is tough work. It demands complex research, sourcing of information from multiple agencies, challenging field work, long hours of analysis and committed public interest litigation over years. All this is being done by the small group we are, largely without funding support. We could do much better if you support this ongoing effort. So please consider donating generously.

We particularly request philanthropies and philanthropists to consider giving to ESG. Your largeheartednens will help us help hundreds of communities across Karnataka in reclaiming lakes, raja kaluves (canals) and ponds, thus extending water security and public health for all. What’s more, we can turn our wetlands again into biodiversity rich areas they were, until recently.

Please continue reading about our ongoing efforts protecting and rehabilitating lakes in Bangalore and across Karnataka, in socially just and ecologically wise ways. This approach has drawn global acclamation, including from late Nobel laureate Prof. Elinor Ostrom and from UN Water which has recognised ESG’s lake protection efforts as a global best practice.

On 11th April 2012, a Division Bench of the Karnataka High Court issued a final order in a Public Interest Litigation filed by ESG (WP 817/2008) seeking an end to the policy of privatisation of lakes, and for advancing a participatory schema that would assist protection and rehabilitation of lakes (and their canal networks), in Bangalore and across Karnataka.

This PIL was heard over four years, and several interim directions were issued. These interim directions included inviting recommendations of a Committee set up under the Chairman of the Karnataka Legal Services Authority and then Judge of the Court, Mr. Justice N. K. Patil (since retd.) to propose steps to restore lakes as biodiversity rich, environmentally healthy and socially inclusive wetland ecosystems.

Following extensive consultations, field visits and meetings with various line departments and also wide range of publics, Justice Patil produce two reports, one proposing comprehensive guidelines for lake protection and rehabilitation, and the second on why policy of privatisation of lakes should not be persisted with. The High Court accepted both reports in its final order of 11th April 2012, in which it also directed the State to set up District Lake Protection Committees to guide lake protection and revival, and an apex quasi-judicial body at the State level headed by the Revenue Secretary.

This PIL brought to fore the weak institutional arrangement that existed then in protecting lakes and rajakaluves (canals). A direct result of this PIL was that the State Government formulating special law to protect lakes across the state guided by the Karnataka High Court order. The draft law underwent several revisions and amendments and the final law which is applicable statewide to protect and rehabilitate lakes and the canal network, and such other wetlands/water bodies, is the The Karnataka Tank Conservation And Development Authority
And Certain Other Law (Amendment) Act, 2018.

As the lake protection committees were not set up for over a year after the High Court’s direction, ESG filed a Contempt Case against the Chief Secretary of Karnataka (CCC 1336/2013) in the High Court of Karnataka. The Contempt Case was closed after the Chief Secretary agreed to comply with the Karnataka High Court direction in WP 817/2008. Subsequently, the State Government issued a Government Order setting up District and State Lake Protection Committees.

In parallel, ESG preferred to file a Special Leave Petition in the Supreme Court of India (Civil Appeal 17166/2013) challenging a part of the Karnataka High Court order that had not quashed the lease agreements with three companies who were beneficiaries for commercialisation of lakes. This appeal is pending adjudication before the Supreme Court since.

In June 2019, Leo F. Saldanha and Environment Support Group impleaded in a PIL (WP 38401/2014; Citizen Action Group vs. State of Karnataka and ors.) which was being heard by the Principal Bench of the Karnataka High Court headed by Chief Justice Mr. Abhay Oka. These applications were allowed and a variety of directions are being issued. These include directing the State to demonstrated compliance with earlier High Court direction in WP 817/2008, taking cognisance of lake surveys conducted by Environmental Management Policy Research Institute, directing State Government to hire National Environmental Engineering Research Institute to produce a comprehensive report for Bangalore lakes rehabilitation, and also directing the State to facilitate Birdwatchers Field Club of Bangalore in conducing a survey of lakes as biodiversity rich areas, as was done by the group in 1989.

In addition, ESG has also represented to the State Government various causes to protect lakes, raja kaluves, and other wetland ecosystems, and to also ensure the lease agreements of lakes handed over to private parties are not renewed. In the case of Nagavara Lake which was leased to M/s Lumbini Gardens, the Karnataka Forest Department has refused to consent to the renewal. This decision has now been challenged in the Karnataka High Court by the aggrieved M/s Lumbini.

Provided below is a list of all the legal documents and reports pertaining to this cause that ESG advances, and will continue to.

First comprehensive effort to save lakes of Bangalore:

Laxman Rao Committee Report, entitled, Of the Expert Committee for Preservation, Restoration or Otherwise of the Existing Tanks in Bangalore Metropolitan Area (1986).

A significant outcome of this litigation was the Justice N K Patil Reports, which are applicable to all lakes and their raja kaluves (canals) across Karnataka – about 40,000 lakes.

List of Lakes in Bangalore as listed in “Report of the Committee constituted by the Hon’ble High Court of Karnataka to examine the ground realities & prepare an Action Plan for preservation of lakes in the city of Bangalore (26th February 2011)” chaired by then Judge of the Karnataka High Court, Justice Mr. N. K. Patil (since Retd.).

Karnataka High Court Order in the case of B. Krishna Bhat Vs The State of Karnataka and Ors (WP 1841/2006).

ESG has appealed against a part of the order of the Karnataka High Court in WP 817/2008, as the agreements privatising lakes in Bangalore were not quashed. The matter is pending adjudication in the Supreme Court of India.

Leo Saldanha (as party in person) and ESG impleaded in a PIL filed by Citizens Action Group before the Karnataka High Court. Various unprecedented orders to support ecologically wise and socially just rehabilitation of lakes have been issued. The Court has also held the State accountable for non-implementation of order in WP 817/2008

ESG’s Impleading Application in WP 38401/2014 (Citizens Action Group Vs the State of Karnataka and Ors).

Affidavit filed in WP 38401/2014, dated 27th August 2019, pertaining to status of Begur Lake, Jaraganahalli & Yelachenahalli lakes, and Venkatrayanakere and Annexures showing the status of these lakes and the degree of degradation over the years.

Affidavit filed in WP 38401/2014, dated 21st October 2019, which is a tabular compilation of Hon’ble HC’s directions and the compliance status.

Affidavit filed in WP 38401/2014, dated 27th November 2019, inviting the Karnataka High Court’s attention to a map showing Yelachenahalli Lake with encroachments; on the questionable claim of Jaraganahalli tank to be a private property and the need for a systematic ecological survey of Bangalore lakes as Waterbird Habitat.

Affidavit filed in WP 38401/2014, dated 17th December 2019, pertaining to ground-truthing of various details of the 19 disused lakes in current context.

Documentation relating to Lake Protection and Rehabilitation activities of ESG, and other useful documents:

Wise Use, Conservation, Protection, Rehabilitation and Appropriate Governance of Lakes as Commons in Karnataka in English, click here and to read in Kannada, click here.

Submission of wise use practices for the protection, management and rehabilitation of lakes in Karnataka with special emphasis on Bangalore and other urban areas, click here.

Comic Strip on Consequences of Privatisation of Lakes in Bangalore, click here.

Performance audit on Conservation and Ecological restoration of Lakes under the jurisdiction of Lake Development Authority and Urban Local Bodies (2015) by the Comptroller and Auditor General of India, click here.

December 2019 Advertisement by the Government of Karnataka stating its policy of beautifying and developing Tank and Lakes under Corporate Social Responsibility Scheme.

Saving lakes is tough work, demands complex research, sourcing of information, field work, analysis and committed litigation over years. All this is being done by the small group we are. We could do much better if you support the effort. Please donate generously. 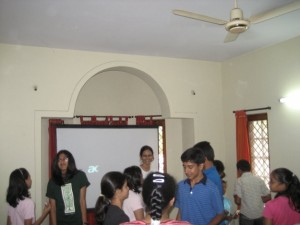 All The Presentations And Report Of The Workshop “Roles And Responsibilities Of The Ward Committees For A Cleaner, Greener And Safer Bengaluru” Organised By ESG Dated 22.5.2014 At RICM, Bangalore

When Children Explored Their Environment