Time to celebrate victory of democracy in local government functioning

24 April 2017  Karnataka High Court directs Bruhat Bengaluru Mahanagara Palike to set up Ward Committees
Justice Mr. Ashok Hinchigeri and Justice Mrs. K S Mudgal directed the Bruhat Bengaluru Mahanagara Palike to constitute Ward Committees in Bangalore within a maximum period of 1 (one) month!  BBMP must now comply with this order without fail, as the Court expressed its serious displeasure that several earlier orders requiring the civic body to constitute the ward committees had not been conformed with.

Thus, the struggle demanding establishment of Constitutionally mandated Ward Committees in Bangalore per Constitutional 74th Amendment (Nagarpalika) Act, 1992, fought for by so many groups, networks and individuals across Karnataka over 25 years, has finally ended. This direction will have implications for all urban civic bodies across Karnataka.

What would really help now is for public spirited persons to step up and submit their intent to be on the Ward Committee before the Ward Office and to the Corporator.

This direction by the Karnataka High Court was made after the undersigned (in his position as party in person) submitted in WP 46523/2012 (ESG and Ors. Vs BBMP and ors. c/w WP 24739/2012) that the BBMP is in violation of repeated directions from Karnataka  High Court, issued over several years (2012-16), to constitute Ward Committees as mandated in the Constitution (Article 243S).

Thanks to the directions of the High Court, it is time to celebrate victory of democracy in local government functioning. The Court direction now ensures statutory support for citizen monitoring in all civic matters and decisions.
The time has come for citizens to reclaim their long-denied statutory right to participate in civic decision making, particularly on matters listed in the 12th Schedule of the Constitution, and in all functions of Ward Committees as mandated in the Karnataka Municipal Corporation Act (Ch. III A, Sec. 13). 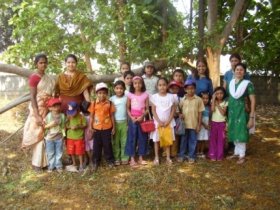