Public Statement : 11 May 2020 by Coalition for Environmental Justice in India (CEJI)

Environmental and Regulatory authorities complicit in such disasters

The early morning leak of a deadly gas from L G Polymers plant located west of Vishakapatnam in Andhra Pradesh on 7th May, is frighteningly reminiscent of the disastrous gas leak in Bhopal from the Union Carbide/Dow Chemical’s plant on the night of 2-3rd December 1984. Video footage and ground reports reveal thousands have been horribly impacted in their sleep and this resulted in the death of at least a dozen. It is because of the courageous intervention of local youth, local police and personnel of the National Disaster Response Force, who acted with urgency at enormous risk to their lives, that hundreds were saved from the worst consequences.

Quite unnecessarily and typically, Andhra Pradesh’s Director General of Police Mr. Damodar Goutam Sawang, IPS, appears to have uncritically and rather quickly rushed to the company’s defense that it was “strictly following all protocols”,  when there was no way to ascertaining if they did, within hours of the accident.  Chief Minister Mr. Jagan Mohan Reddy has also stated the company is “reputed”, in a way explaining for the company.  This when the company has admitted in an affidavit that it had expanded operations without due consent from State and Central regulatory authorities.

Hours before the LG incident, at least 7 workers fell sick after being exposed to noxious fumes at the Shakti Paper Mill in Raigarh, Chattisgarh. At least 8 workers were seriously injured and scalded, later in the day, when a boiler exploded at Neyveli Lignite Corporation in Tamilnadu.  These three incidents within hours of each other, in different parts of India, are indicative of the dangers latent to opening up industrial production, several weeks after being forced to suddenly shut systems down due to a lockdown enforced across India and without any prior planning or chance for preparedness.

In a situation where review and enforcement of environmental, health, risk and social safeguards by regulatory agencies are sloppy, these incidents expose, once again, text book cases of criminal complicity between regulatory agencies, environmental authorities, land use clearance agencies and corporate bodies involved in causing such disasters. Such corrupt systems are repeatedly exposing workers and the public to totally unacceptable risks due to industrial accidents and release of toxic materials, often with irreversible consequences. If corrective measures are not adopted immediately, such instance could recur, and with greater regularity, as industrial production and energy generation reopens post-lockdown.

A disaster waiting to happen from a company philosophical about statutory compliance:

The quality of application for environmental clearance for expansion of the LG India Pvt. Ltd. facility at Vizag filed by Mr. P Chandramohan Rao, Director (Operations) is indicative of the lackadaisical approach adopted by the company in conforming to statutory public safety and environmental norms. In response to a question if hazardous chemicals used in the plant would impact local people, the application claims “No sensitive receptors are present in the immediate vicinity of the site. The project shall not have any significant impact on vulnerable groups of people” (Item 3.4).  Mr. Rao further claims that “all the hazardous materials will be stored in MS drums, in a covered shed and no contamination of soil is expected.  Same philosophy will be followed for the after expansion.” (Item 7.1, emphasis supplied) Clearly, MoEF&CC and APPCB officials and experts have ritually reviewed the application and obviously have not found anything wrong with a company that relies on ‘philosophy’ regarding critical safety functions.

This ‘accident’ was waiting to happen and is the direct outcome of a very serious breach of safety protocol in handling toxic and hazardous chemicals. As is now reported, LG opened the plant for production without sufficient strength of technically qualified personnel and supportive staff present who are critical to dealing with any and all exigencies.  Profit making and cost cutting appears to have clearly gained priority over public safety and environmental compliance.  This is clearly indefensible.

What has also become evident is that the company was not in any state of readiness to handle the emergency once the accident occurred. Preliminary accounts reveal LG had not instituted any of the mechanisms essential per the Chemical Accidents (Emergency Planning, Preparedness and Response) Rules, 1996 and Hazardous Waste Management Rules 2016. This is clearly evident from the fact that local youth and police were the first respondents to the emergency.

State and Central Regulatory agencies complicit in this disaster:

Records reveal that L G Polymers was operating the plant claiming it as an “essential” industry, though all it produces is polystyrene pellets used in making plastic, as in children’s toys.  As Mr. EAS Sarma IAS (Retd.), who retired as Power Secretary of India, has stated, the company possibly benefited from complicity of Andhra Pradesh Pollution Control Board (APPCB) and land use planning authorities, who accorded the Red Category project approval to continue operating in a densely populated region of Vishakapatnam in gross violation of all applicable norms and standards. The company possibly expanded production, and admittedly applied for post facto clearance from Ministry of Environment, Forests and Climate Change (MoEFCC). This application ought to have been rejected at the very instance of filing and action initiated against this rogue company.

Needless to state, officials and experts involved in approving the LG plant, be they from AP State Planning Board, Industry Department, APPCB, MoEF&CC, and such other approval and regulatory authorities, are complicit of criminal malfeasance in this disaster.  While the owners and managers must be held accountable for this crime, officials and experts who were aware of the lack of compliance of standards by the company must similarly be held accountable for this heinous crime. Officials are particularly guilty of allowing this RED Category industry to continue to operate in a densely crowded neighbourhood of a major metropolis, when this has been absolutely prohibited.  What is worse is that they approved the reopening of this factory during the lockdown (even though it is a non-essential industry) and without reviewing if safeguards were in place.

In a Press Conference held jointly by the Union Ministry of Home Affairs, Union Ministry of Health and the National Disaster Management Authority, a few hours after the LG plant disaster, the leak of styrene was confirmed. But agencies have not, as yet, shared test results to confirm if it was only styrene vapours that leaked, or there were deadlier releases. Besides, it is also not clear if sufficient quality controlled samples were collected from within and around the impact zone to ensure appropriate legal action can be initiated against the company.

Taking into consideration the above, we demand:

In the case of LG facility:

Released on behalf of CEJI by Environment Support Group, Bangalore.

Queries and further information, please direct them through sana@esgindia.org. Cell: 98699 41967

Music As The Handmade 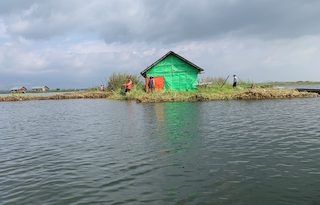