“Lives have become precarious considering the developments in the last two decades. Global warming has resulted in rapid melting of the polar ice caps. At this pace, water levels would rise by several meters, posing irreversible damages to islands and low-lying countries, including India whose vast coastal population is vulnerable. The vulnerability of human lives has further been exacerbated with the sudden spread of coronavirus, which is increasingly becoming asymptomatic,” says Leo Saldanha of the Bengaluru-based Environment Support Group delivering the talk.

While highlighting the problem with the past responses of Indian governments to disasters such as the supercyclone at Odisha in 1999, Saldanha said that governments have been using emergency controls such as police powers on the ground in response to natural disasters. Questions about public policy are partly normative and effective governance in the face of a public health crisis should be in a state of ever readiness.

“Yet, India’s metropolitan cities are unprepared for disasters as is evident from the cycle of floods that indicate that cities are unprepared even for excessive rainfall. This is a result of maldevelopment,” says Saldanha. Effective governance is needed with its rules and incentives such as enforceable orders, directives or recommendations.

“India’s governance system has been highly centralised since the 1990s with the neoliberal regime that influenced economic policy-making. It undermines people’s wisdom and does not implement the constitutionally mandated plans and schemes for dealing with disasters. The country is struggling to deal with unnatural crises such as maldevelopment of cities due to negligence towards fundamental principles of governance, such as democracy,” – Leo Saldanha.

The government must involve people in the operations of governance. But, this is far from true. The heavily centralised structure of the 73rd and 74th Constitutional Amendments that led to inadequate devolution of powers has not allowed full involvement of village panchayats and municipalities in governance.

People’s struggle for transparency and accountability in governance such as the Lokpal Bill, Right to Information Act, Forest Rights Act among others have driven governments to be more open and transparent. The rights of adivasis over land, forests and other natural resources have been undermined as they reject the model of state developmentalism with its roots in capitalist mode of production. Tribals possess a wealth of traditional ecological knowledge which is protected under the Convention on Biological Diversity, known informally as the Biodiversity Convention, a multilateral treaty.

Saldanha was disappointed about the poor implementation of Forest Rights Act 2006, and the fact that the government has been have been doing its best to sabotage the rights of tribals and forest dwellers.

Progressive models of governance have been suppressed on one or the other pretense and this created ever more crises on the ground. Saldanha condemned the clinical trials of genetically modified organism (GMO) by the central government in nine states amid the COVID-19 pandemic. Even the Supreme Court has challenged the move stating that it is against food security because it will turn food systems into proprietorship and become genetically contaminated. This is a highly unsustainable move.

Biodiversity needs to be protected from biopiracy and merely delivering speeches at international forums such as the UNFCCC etc. will not yield desired results. “We all know about the unprecedented forest fires in the west coast of United States and typhoons in the east coast. We may not be aware that there are some 600-700 spots that caught fires in Western Ghats in Karnataka two years back, which the forest department was unable to manage,” says Saldanha.

When the lockdown in India was lifted many industries such as LG Polymers, oil wells in Assam among others started blowing up and released huge amounts of carbon into the atmosphere. Unprepared industries are countering the promises made to the Conference of Parties (CoP) to reduce carbon emissions.

“On the farming front, efforts have been made to monetise farming, hurt people’s food sovereignty and hand over their food systems to the corporate sector. Democratic governance systems are being systematically strangled by ignoring the voices of the parliamentarians and the farmers against the three recently passed farm bills. There is an organic bandwagon, which too is busy promoting commodified organic products that are exotic and expensive. Increasingly, land is slipping out of the hands of farmers to that of corporate houses,” says Saldanha.

Giving examples of land regulations in Karnataka where no clearance is required for diverting commons and agricultural lands for industrial activities, Saldanha termed it as land grab, which will lead to dispossession at a time when natural farming, agro-ecological approaches, revival of pastoral communities and non-displacement of fishing communities should be encouraged. These lands are being turned into cities which in turn are spawning disasters.

Highlighting the research study being done by the Environmental Support Group, Saldanha stated that a lot of resources were wasted in preparing for the visit by Donald Trump in February 2020, which could have been invested in building health infrastructure in villages to deal with the pandemic.

Recalling the Disaster Management Act, which was passed after the tsunami, he underlined that states with effective local governments have the greatest capacities of response, relief and rehabilitation and therefore the government could have established a decentralised response. By 2008, India had guidelines in place to deal with pandemics, but when the COVID-19 struck, these guidelines went in vain. Lessons should be learnt from countries such as South Korea which created local units as a response to SARS. In fact, Kerala must be applauded for dealing with the pandemic.

The pandemic has brought the education of a large number of students to a standstill. Online education necessitated a smart phone with adequate data but believing that every student would have an access to this was erroneous. Televisions having a wider reach could have been used to deliver classes and mechanisms could have been created for the same. The capitalisation of public spaces and prioritisation of public sector needs has essentially meant that the public sector has not been a priority for the center. Mr Saldanha was worried about the status of the money donated by the public to the PM CARES Fund, which was set up to deal with the pandemic. Further, GST was supposed to be shared between states and center but the former has been asked to borrow money, because of the latter’s incapacity to pay them their due compensation.

The world is moving towards an age where infections would be much more frequent and current models will not work. The working model would be one where every village, ward and city is able to survive with their own capacity to cover themselves.

On the way forward, he advised on the need to sensitise the government system to make regulatory practices effective. India needed a decentralised approach where states are empowered and fully implementing the provisions of 73rd and 74th Amendment Acts. Better preparedness and responses are needed along with governance systems that are accountable to the people. 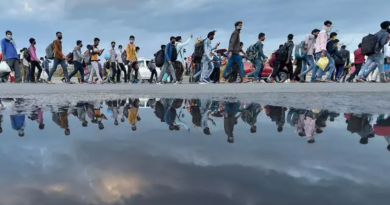 The Long March Home: If Only The Government Had Got Its Act Together 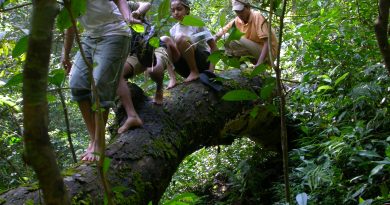 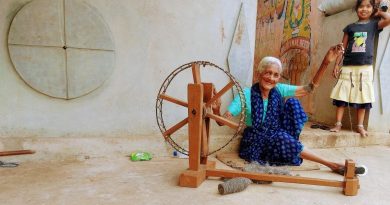