All Saints Church is a living heritage of Bangalore, and this year marks the initiation of its 150th year celebrations. The Church is an architectural marvel and is surrounded by lush greenery constituted of rich biodiversity and trees, some of which are almost 200 years old. Over 1000 families celebrate mass every week in this campus as they have been doing so for generations.

As per the Biological Diversity Act, 2002, this campus is an appropriate candidate for being declared as a ‘Biodiversity Heritage Site’ and the proposed Revised Master Plan – 2031 already lists the church and its campus as a ‘living heritage’ of the metropolis.

In keeping with the rich tradition of this metropolis in protecting its living heritage and biodiversity, the congregation and the wider publics have been working together for about 6 months now to save the church from an impending disaster: Bangalore Metro Rail Corporation Ltd. (BMRCL), has illegally proposed to take over the campus of the All Saints Church for constructing a station box, and also for temporarily dumping its construction equipment. This is in gross variance to the Detailed Project Report of Phase II of the Bangalore Metro project which does not envisage the station box coming up in the church campus, instead it is to come up in public property that once housed police quarters (now derelict) across the Hosur Road from the church.

The actions of the Bangalore Metro is in clear violation of the final ruling of the Hon’ble High Court of Karnataka in W.P. No. 13241/2010 (Environment Support Group and ors. Vs. Bangalore Metro Rail Corporation and ors.) in which a direction was issued to officials in-charge of any infrastructure development and planning agency that they must ensure projects strictly conform with the provisions of the Karnataka Town and Country Planning Act, 1961, or face action under Contempt of Court Act, 1971.

Besides, in various matters relating to felling of trees, especially trees of heritage and biodiversity value, as is the case with the trees of All Saints Church Campus, any authority is mandatorily required to comply with the directions of the Principal Bench of the Hon’ble High Court of Karnataka in W.P. No. 7107/2008 (Environment Support Group and ors. Vs. Bruhat Bengaluru Mahangara Palike and ors.) read with directions issued by the same Bench in W.P. 7288/2011 (Suo moto vs. State of Karnataka) and W.P. 17841/2018 (D.T. Devare and anr. Vs. State of Karnataka and ors.). No effort has been spared to communicate these concerns to the relevant agencies, and that too collectively and publicly. This has included meeting with Mr. Ajay Seth, IAS, Managing Director, BMRCL and the agency’s senior officials, and urging them to follow the law and obey the directions of the Hon’ble High Court of Karnataka.

Taking into account all of the above and related concerns, the congregation of All Saints Church has been making an impassioned appeal to all and sundry to ensure Bangalore Metro is built lawfully, at the very least as per approved DPR and in compliance with aforesaid and other applicable judicial directions. Alternatives have also been proposed which would ensure the church and its biodiversity rich campus is protected for posterity, whilst also helping build a Metro that truly serves the wider public interest.

Rather than support such constitutionally supported conduct by the citizenry, it is shocking that the Ashoknagar Police Inspector threatened (as per police notice issued on 7th December, 2019) to arrest members of the All Saints Church congregation and other members of the public who are engaged in critically examining a public project. The action of the Inspector amounts to restricting, perhaps even attacking, the Constitutionally endowed Fundamental Right to Life, which includes the Right to pray and celebrate one’s religion in peace. Moreover, such threats constitute an abuse of power by the police and infringe the Constitutional duty to protect biodiversity and living heritage.

There has also been a blatant mis-statement that has been made in the Police Notice. The congregation and interested public have been lawfully assembling in conducting a range of public awareness campaigns on protecting living heritage and urban biodiversity. As part of this process and awareness march was held on 26th June 2019 (Sunday), without in any manner affecting any one adversely at all, and with the total support of the local police. To now term this as an illegal act, as has been done with the police notice, clearly is indicative of malicious intent to term lawful assembly and activity as unlawful.

Please find attached the police notice, ESG’s letter written in response and the Annexures from the letter. We hope you join the All Saints Congregation and other concerned citizens of Bengaluru in protecting one of Bengaluru’s most bio diverse, historically important and sacred spaces. Most importantly, we hope you join us in standing against police highhandedness and suppression of fundamental rights.

Join the Facebook group to save All Saints here: https://www.facebook.com/groups/SaveAllSaintsChurchCampus/

To read and watch the march in June, to save All Saints Church, click here.

All Saints Church in the news:

State Of Environmental Decision-Making In India 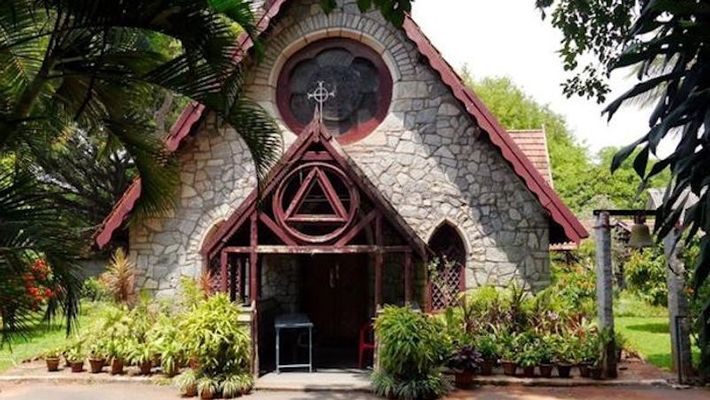 Bengaluru Marches To Save All Saints Church From Metro Mess 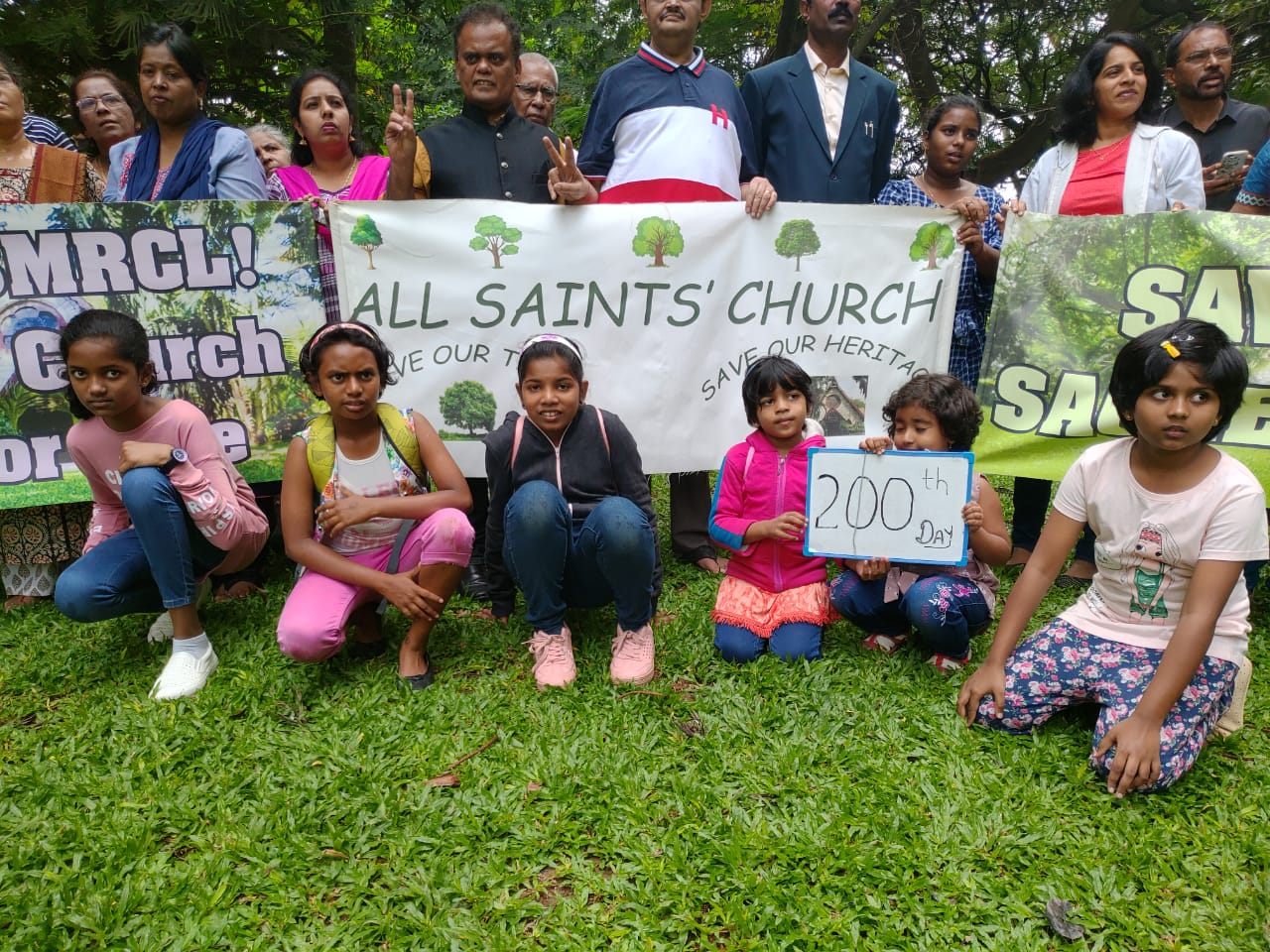